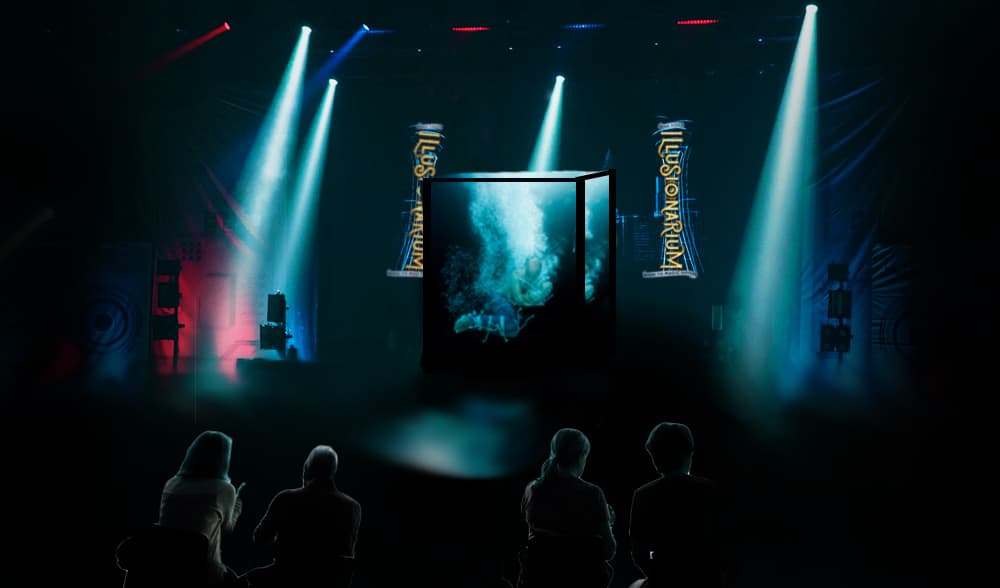 The people behind the hit Immersive Van Gogh and Gogh By Car exhibits are bringing a new immersive magic show to Toronto for the holiday season.

Created by renowned illusionist Jamie Allan, Illusionarium opens Dec. 14 in the third gallery space of the former Toronto Star printing press building (1 Yonge St.) and will run alongside Immersive Van Gogh and Gogh By Car through Feb. 15, 2021. 3D projections, life-like holograms (including Harry Houdini and Robert Houdin), and live magicians are used to grand-scale illusions within a physically-distanced setting.

“Illusionarium was in many ways born of my own lifelong love of magic as well as from the circumstances of the pandemic,” co-producer Corey Ross of Lighthouse Immersive said in a press release. “I had intended to bring Jamie’s iMagician stage show to Toronto this December, but when it became clear that wasn’t possible he and I began to ask ourselves what could be possible in this new world. What we have come up with is infinitely exciting and really demonstrates how amazing ideas can be born from challenge.”

The 300,000 square-foot space features four rooms—Palais Royale, The Egyptician Hall, On-Air Studios, and Evo-Lusion Hall—that will transport visitors to different time periods, beginning with the 17th century. Magic artwork and historical artifacts relevant to the particular eras will be on display in each room.