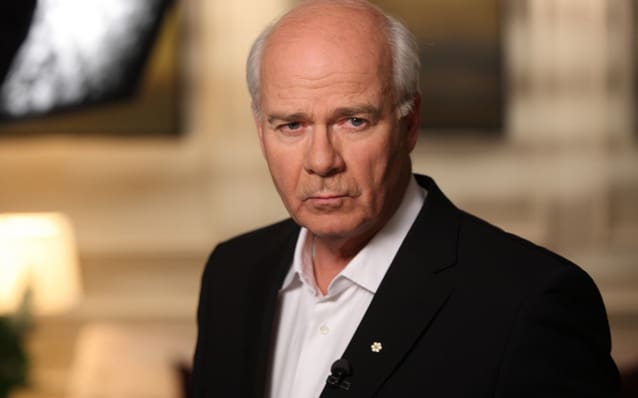 "His voice is deep and authoritative and lets you know that he’s all man and no nonsense."
Events & Culture

I say “inappropriate” because he’s older than my parents, and is so familiar to Canadians that he seems like all of Canada’s uncle. But not the drunken uncle that makes you dread family gatherings; no, Peter is the cool uncle who has spent his life travelling around the world and has enough wild stories to keep you hanging onto his every word. Okay, the uncle thing is actually kind of weird so let’s just look at Peter for who he is. He is the gorgeous newscaster whose looks haven’t faded after 40 years in the business. He’s seen enough action and adventure to fill three lifetimes but he rolls along as if it ain’t no thang. He was born in England, spent his childhood in Kuala Lumpur, and eventually ended up in Canada. He didn’t get any formal post-secondary schooling but instead joined the Navy (I love a man in uniform), and after deciding that wasn’t where he belonged, started working for an airline that flew to the Arctic. It’s there that he was discovered and thus began his broadcast career, first in radio, then working his way into television, and finally, right into my heart.

It’s not just Peter’s life experience that makes him attractive—it’s also his intelligence. He may not have completed a formal education, but you know he’s more than knowledgeable when it comes to current affairs. Just think about how easily he could talk to your friends and family at dinner parties and family gatherings! He’s got an innate charisma that allows him to talk to anyone, and yet it always feels as though he’s talking directly to me. That’s right, Peter Mansbridge makes me feel like I’m the only girl in the room. Which leads me to the number one reason that I have a crush on Peter: his voice. Let’s be honest, Peter Mansbridge is one smooth talker. Seriously, when was the last time you heard him stutter? His voice is deep and authoritative and lets you know that he’s all man and no nonsense. He could be reading you an article from The Onion, but he sounds so confident when he speaks that you would believe every word. Of course in my dream world, Peter doesn’t need to do much talking.

Finally, I can’t ignore the fact that Peter Mansbridge is one damn handsome man. He’s tall and exudes confidence. His eyes practically sparkle and they could knock me over with just a wink. Even though he has clearly aged, he has such a strong presence on camera that I don’t notice his wrinkles or lack of hair. Let’s face it: Peter Mansbridge is the full package. He’s got looks, brains, and one of the most interesting jobs in Canada. He may be old enough to be my dad, but I would date him in a heartbeat. And if you’re being honest with yourself, wouldn’t you date him, too?

"His voice is deep and authoritative and lets you know that he’s all man and no nonsense."