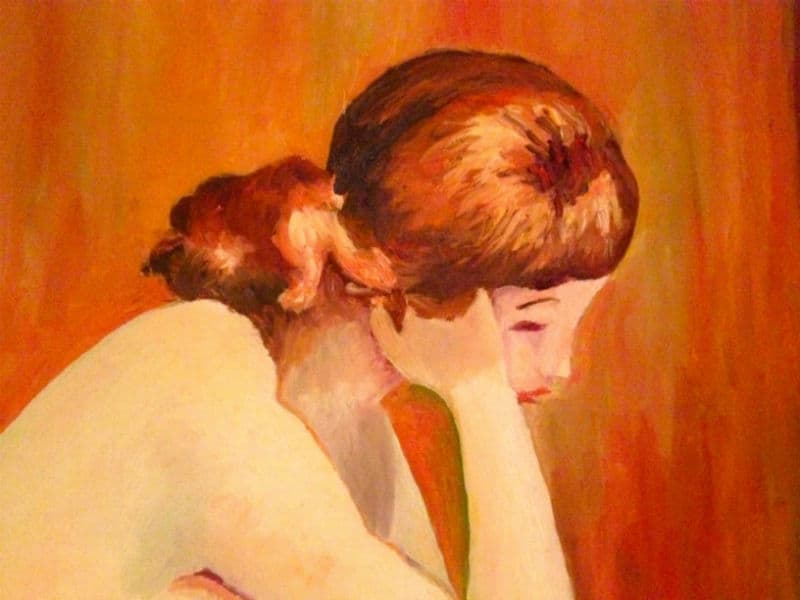 "That experience and this more recent one taught me that there’s really no way to tell what kind of pain the people we commute with, work with, barely know, or know very well, are actually living with."
Life Stories

It Wasn’t That Bad: My blocked ear opened my mind

I hadn’t done anything crazy the night before. And I certainly don’t remember going to bed with it. But to my confusion, I woke up with it the next morning – a blocked ear that has been making me so insane, I started to wonder if maybe that’s really why van Gogh rid himself of this appendage. I feel ya, Vince. This shit is not cool.

I didn’t worry too much at the beginning: it would surely unblock itself in a few days, I told myself. I could hear well enough with the right one.  How bad could it be? Elton John answered the question. In an attempt to ignore the pain the blockage was causing, I cued up Goodbye Yellow Brick Road (that album is amazing; don’t judge me). It sounded completely distorted, as though the instruments were out of tune. It was pretty freaky.

I tried calling a friend to explain the situation but the sound of my own voice was grating. Was I being broadcast by transistor radio?

And so, as is the case with many people when they are ill, I tried home remedies and soliciting medical advice from friends and family. None of them worked, so I thought I’d talk to Google about it. It went as you’d expect:

Erica: I have a blocked ear. Everything is ringing. This hurts! Help!

Google: Okay, let’s check that out for you.

Google: That’s either an infection, wax, or a tumour.

Google: Oh, yeah, sorry. We don’t have more information about that. But check out this cool design we put on our main page. FUN, right?

Erica: I hate you.

Search engine terror aside, this nuisance actually came at a good time. First, there’s the fact that horror movie music has been a lot creepier since, to my ears, it sounded like it was being played off a warped record –very Halloween-y. More importantly though, it reminded me of an injury I sustained a few years ago– a disc herniation. It was awful. This ear problem in no way compares with the neck pain I endured during that time. The one thing they do have in common is invisibility; you wouldn’t be able to tell I was hurting just by looking at me. Unless I was wearing my neck brace post-injury, you wouldn’t know anything was wrong, though the pain was so bad I often cried privately because of it.

That experience and this more recent one taught me that there’s really no way to tell what kind of pain the people we commute with, work with, barely know, or know very well, are actually living with. It was a reminder to be nicer when I can, to give others the benefit of the doubt and to try to make compassion a habit, because really, there’s no way for me to truly gauge how other people are feeling.

It was also a gentle reminder to show some gratitude. While waiting at a walk-in clinic, my thoughts turned towards someone I know who is living with MS. I thought about how have to deal with its complications every day, about how there’s currently no cure. I thought about their brave family who has watched them deteriorate over the years. I thought about how ridiculous it was that I was so worried about my ear when for this person, getting out of bed every morning is a struggle. I took a moment to send some good thoughts their way.

I often waver between extreme guilt regarding the mountains of privilege I benefit from daily and  wanting everything to be better, faster, more, as though this is the sign of a life well-lived. Ear Blockage 2013 was just what I needed to remind me to be grateful for every minuscule thing I don’t take the time to notice. Maybe gratitude, irrespective of circumstances, is a more accurate sign.

Holla back if you’re feelin’ me. Or not. I’m not sure I’d hear you anyway.

"That experience and this more recent one taught me that there’s really no way to tell what kind of pain the people we commute with, work with, barely know, or know very well, are actually living with."

Something Like Grief: Moving Through Time During a Global Pandemic