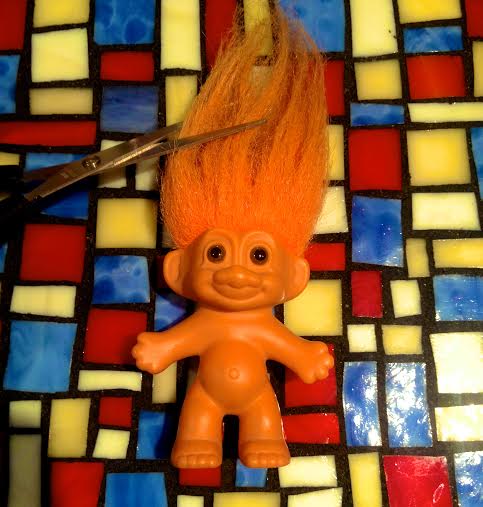 "Sure, this stylist had been great the first time, but I knew how this worked—they’re always nice at the beginning."

It Wasn’t That Bad: Putting my hair-cutting past behind me

Until the age of 19, my mom was the only one who’d ever cut my hair, save for a time in high school when I convinced myself I was qualified to layer it using kitchen scissors. (I was not.) I was nearly 20 when I’d decided to piss off an ex by letting a professional chop off my long hair. And we’re talking looooong; it had gone from looking badass to just plain bad.

I only saw this hairdresser once. He spent 3 hours patiently fixing my hack job and listening to me ramble. He soon after retired. (Something I said?)

The decade-long search for another, great hairdresser would lead me to develop an irrational fear of them, since I had the misfortune of meeting more than a few characters who gave the entire profession a bad name. A short survey:

The Enforcer
Within 5 minutes of my appointment, I was told I was a controlling person, mainly because after he washed my hair I went ahead and wrapped the towel around my head myself as opposed to letting him do it. Yes. That’s what makes me controlling.

The Wandering Eye
This hairdresser forgot that the quaint, reflective surface that faced us was a mirror and that I could see her rolling her eyes when I made suggestions about how to style it, or look outside with fascination anytime a car or a person with an interesting tuque went by.

The Speed Demon
The first time I saw her, she took over 90 minutes cutting my thick mane to perfection. At my next appointment, she thought she could do the same thing in 45 minutes. Shouldn’t cutting hair be like following a recipe? I would never assume I could make a chocolate cheesecake in the time it takes to make Kraft dinner. (Aaaand now I want both.)

The Open Book
This guy assumed cutting my hair gave him the right to also make fun of my cowlick and my smattering of greys. Because there’s nothing people love more when they’re trying to change their look than to be reminded of the fact that their current look is why they’re single.

So Saturday, with this history behind me as I approached the salon where I’d gotten my hair cut a few months ago, I felt nervous. Sure, this stylist had been great the first time, but I knew how this worked—they’re always nice at the beginning.

Then she did something strange: she remembered me. I mean, she actually remembered some details I’d told her the first time I saw her. It was weird and wonderful. We talked about our families, the holidays, and making big changes while she took her time giving me a haircut perfect for the person who’s too lazy to spend more than 3 minutes styling it. I was surprised. And I looked pretty awesome.

So let that be my wish to you this holiday season: may you, people you think you know, and the new year you’ve got planned out, continue to surprise you in the best way possible.