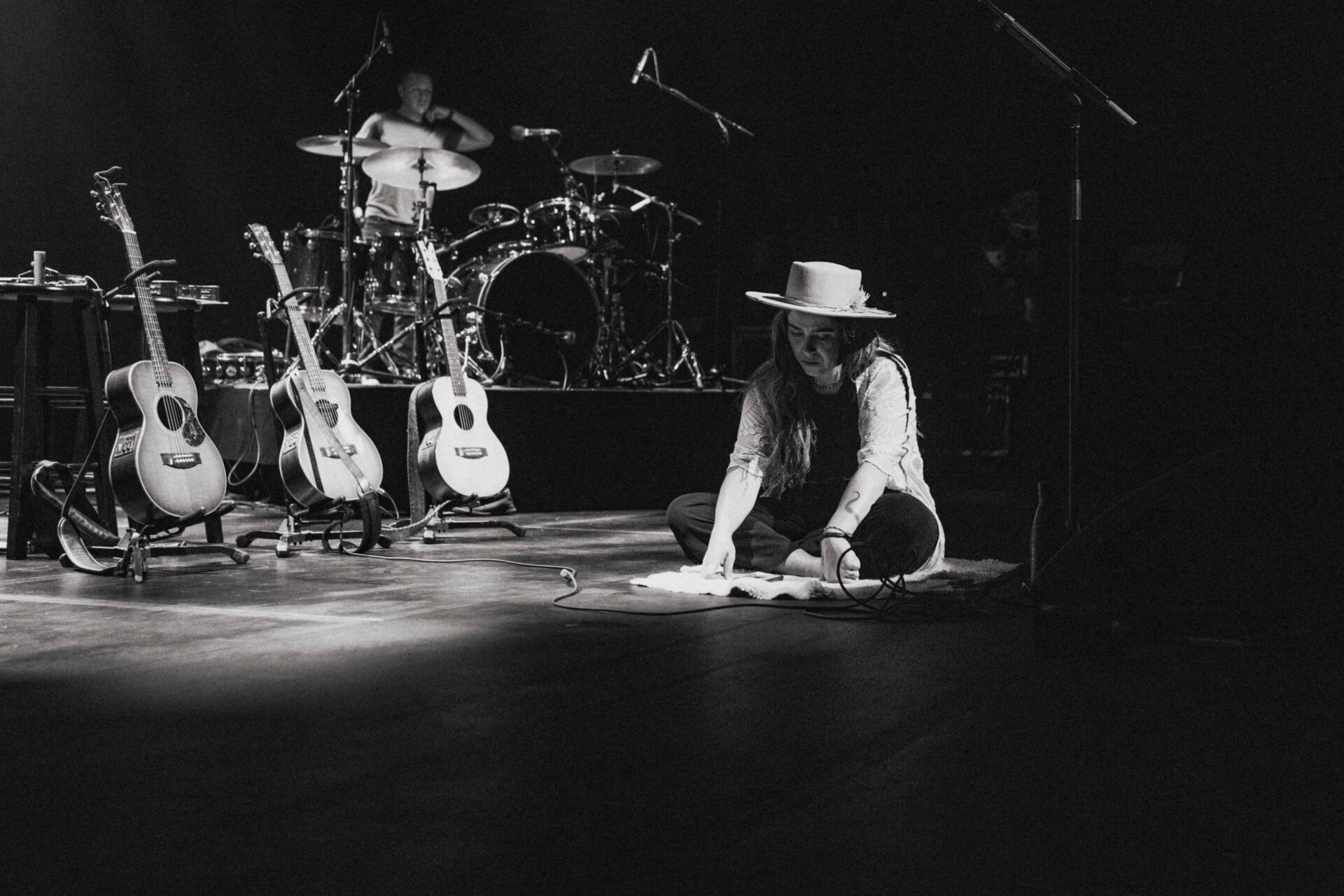 "It's really hard to see clearly when there's too much alcohol in your life."
Life Stories  Recovery

Juno award-winning singer-songwriter Serena Ryder has an enormous fan base, and one that hits a lot of demographics. So when she uses her voice to help shift conversations about alcohol and drinking, an issue that touches just about every family, it has a resounding impact that goes well beyond Dry January.

This past fall, Libra—a new non-alcoholic beer from Prince Edward Island’s Upstreet Brewing—announced Serena Ryder as their brand ambassador. My ears perked up: it was the first time I’d seen a Canadian celebrity formally attach their name and voice to the conversation on mindful drinking and sobriety. It’s refreshing, and an indication that what has been perceived as a fringe movement is now becoming mainstream.

Serena has been open about her personal struggles with depression in the past, but working with Libra has enabled her to push the conversation further, connecting the dots between excessive drinking and mental health. “I think any excuse to incorporate more health into people’s lives is a really great thing,” says the artist, who freely admits that alcohol was having a negative impact on her life. “I’m not drinking because it really severely affects my mental wellness.” 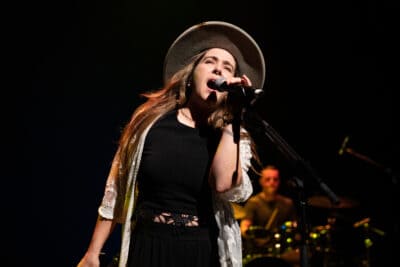 In the past five years, many have been waking up to the fact that drinking is no longer serving them well. It can be a difficult truth to admit when our society celebrates *every* occasion, even a playdate or work function, as a reason to drink. But with the sober-curious movement gaining momentum, more people are realizing that it’s not necessary to hit some hellish rock bottom, or wait for life to implode, to seek help or make a change.

A lot of coverage has been dedicated to drinking habits worsening since March 2020. Rightly so: people have turned to alcohol to escape the pandemic, but also because they are bored in lockdown,or lonely, or distraught, or anxious—likely a combination of all of those things.

As an alcoholic with 11 years of sobriety, I frequent numerous support groups on Facebook dedicated to recovery. In the past year, I’ve noticed a surge of new members, many who arrive in crisis, desperate to gain control of their lives. But what’s just as interesting, and perhaps less talked about, is that more than one in five people in Canada (22%) reported a decrease in consumption during the same period. A similar report, published on Statista.com, shares that Canadians have decreased their consumption of alcoholic beverages for the fourth straight year in 2020, dropping to 98.6 liter per capita. This represents an overall reduction of eight percent since 2010. That’s a significant drop. 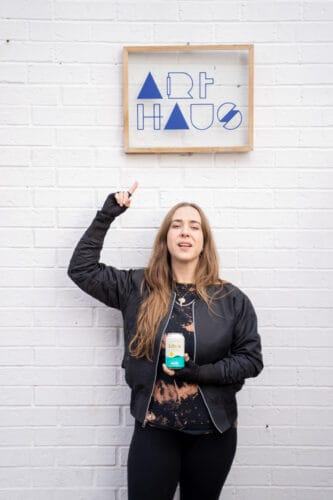 As alcohol consumption continues to go down, non-alcoholic sales are booming. A piece in Yahoo Finance, published this past spring, reported that the global non-alcoholic beverages market is expected to grow from $923 million in 2020 to more than $1.7 trillion by 2028, growing at a compound annual growth rate of 8.19%.

A decade ago, even just five years ago, it was difficult to find anything of quality in this category. Now, non-alcoholic beverages take up considerable space on our grocery shelves. The days of relying on ginger-ale to blend in at a party are behind us: there is an abundance of delicious non-alcoholic choices everywhere, from non-alcoholic gin, to wine, and even thoughtfully designed non-alcoholic cocktails, like Toronto-founded Temperance Cocktails.

Heavy drinking, alcohol-use disorder, or whatever you want to call it, is a spectrum, like most things in life. For some, two hangovers a week is too much. For others, a problem begins to take shape when wine moves from being a weekend pleasure to a daily crutch. Too many people fall into the trap where they believe they need to fit the label “alcoholic” before making a change. They spend so much time debating whether they fit the mold, instead of focusing their energy on their health and wellbeing, and in many cases, that of their loved ones. It doesn’t have to be that way. 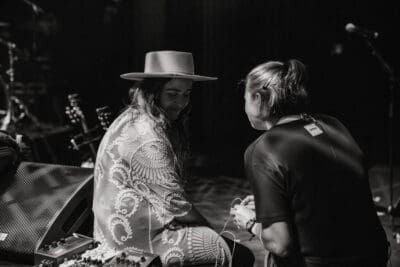 “Whenever I incorporate something that makes my life feel better, I know that I want to keep it as a part of my life…even just having more balance in your life, and maybe taking a little breather from drinking brings a lot of clarity,” says Serena, who thinks Dry January is a great way to test out sobriety, but it can be something one tries anytime they’re feeling like things are a bit unbalanced. “If someone’s realizing that alcohol, or too much alcohol, is making their lives more difficult and more unhealthy, I would definitely take it one day at a time and say, I’m not going to drink today and I’ll see how I feel when I wake up in the morning.”

For Serena, the biggest gift of sobriety has been clarity, which has paved the way for stronger emotional stability. “It’s really hard to see clearly when there’s too much alcohol in your life.”

Like most of us who’ve stopped drinking, the benefits reveal themselves quickly, even if change feels like trudging in deep snow. After a few months of feeling good, Serena began to see herself and her surroundings differently, or as many of us in recovery say, “the fog had lifted.”

“I felt like I was getting to know myself for the very first time in my life because I was present in all of the ways. You can have emotional sobriety and still be a drinker. But you can’t have emotional sobriety and drink all of the time,” says Serena, sharing wisdom that is difficult for many to admit. “Giving yourself that space to really see yourself emotionally is priceless.”

When Serena was approached by Libra, she jumped at the opportunity. “It’s the very first time that I’ve felt like I wanted to do a brand partnership. I’ve had other offers come in, but it’s never really aligned so fully with my values. And that’s really, really amazing. And it’s an amazing tasting beer, which is awesome too!” The value she’s referring to is balance. 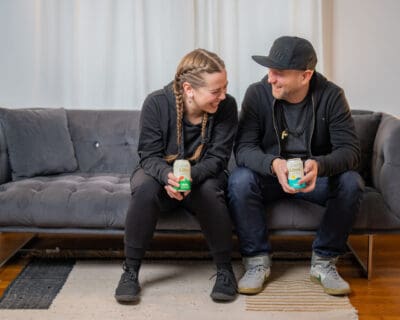 Libra is not saying “never drink alcohol again!”, and nor is Serena, even if sobriety has worked best for her. The message is instead about taking care of yourself, finding balance, and doing what feels right for you. “Mental wellness really is about finding a balance, it’s not being strict, it’s not being good all of the time, whatever that ‘good’ means. It’s about finding that middle ground. And that’s really what Libra is about.”

Recovery is hard. Change sometimes feels impossible. Serena understands firsthand that it can be a lonely and frightening road. “The thing that was the hardest for me was when I was in the muck, was that I felt like nobody else knew how I felt. And when I came out the other side, I knew that it was really important for me to speak about it. Because there’s no linear path of like, ‘Hey, here’s the thing to do! And then you get ‘fixed’, and then you’re done! And you’re good.’ There are so many layers, and layers and layers of healing. And I feel like being able to share, and to make that community with conscious sharing, is really important.” We wholeheartedly agree, and are so happy to see her take this big step.

"It's really hard to see clearly when there's too much alcohol in your life."