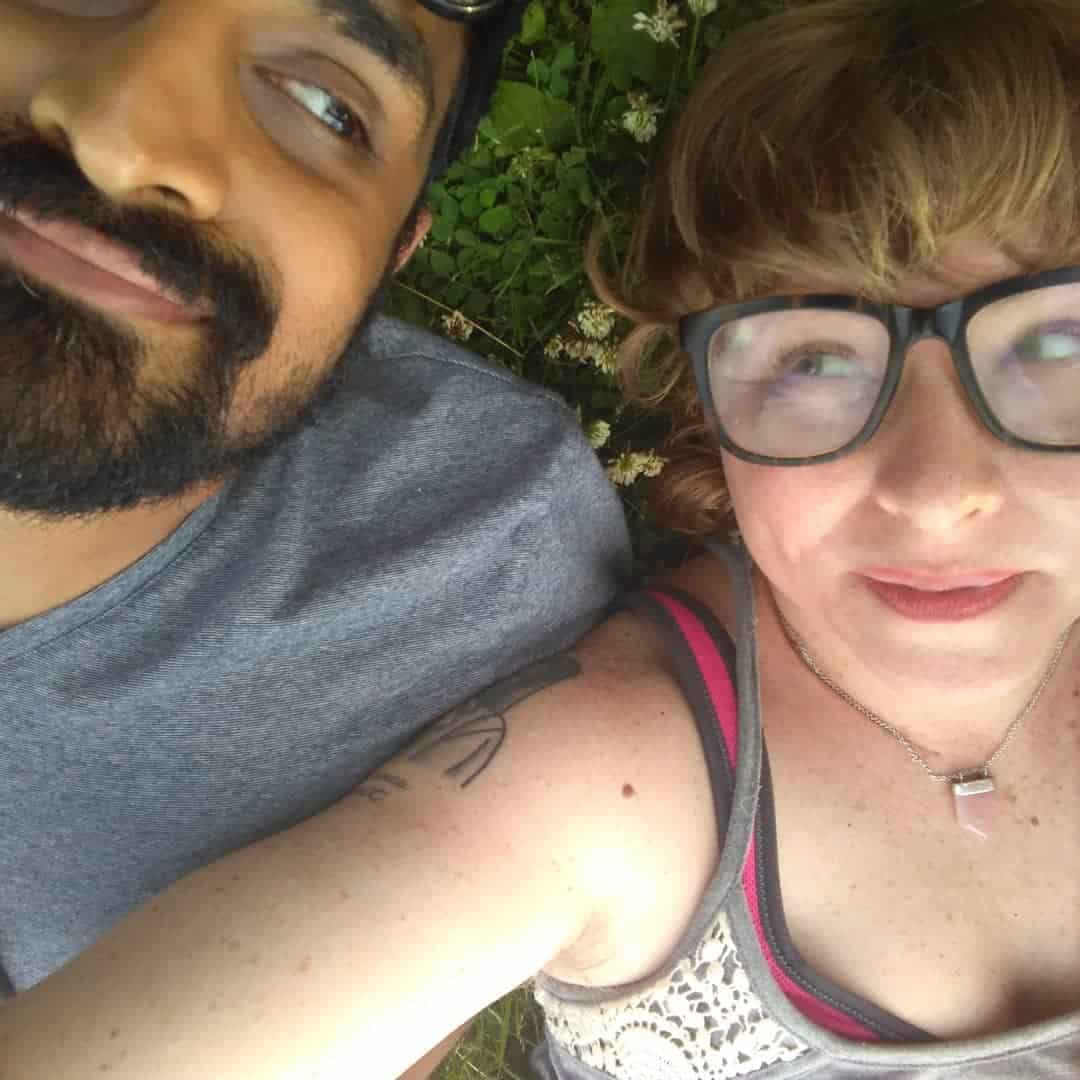 Temperance Cocktails: Because Not Everyone Likes (or Is Able) To Drink Alcohol

Pop-up shops, special film screenings, museum dance parties: there is no shortage of fun events in Toronto, but most of the time alcohol plays a huge role in these events. With a growing number of the population turning away from alcohol, whether it’s for health reasons, or simply not wanting to imbibe, it can make for a somewhat uncomfortable situation when you have to keep ordering a boring club soda or saccharine Shirley Temple all night.

KA: What made you aware of the need for your services?

Haritha: I’ve been in hospitality for the better part of a decade, and not being a big drinker myself, I have always been on the lookout for options, just for me. But as time went on, I was meeting more and more people who didn’t drink, wanted to slow down, or wanted drinks that were low in alcohol.

I had initially been kind of embarrassed about not drinking, but then I realized that providing non-alcoholic choices actually helped people. Everyone was so used to not having options, and I liked seeing the look of happy surprise on their faces. And then I met Audra, and I realized there were all kinds of communities out there who wanted another option, even for different reasons. But I wasn’t going to be meeting them in mainstream bars and restaurants, because they’d essentially self-sorted out of that type of space.

From after-work happy hours to holiday parties, a lot of work culture tends to revolve around drinking, sometimes to excess. How do you think we can get people away from the mindset that work gatherings = alcohol consumption?

Haritha: I feel like it will require a multi-pronged approach. In our culture, alcohol is largely seen as neutral or even positive. A bottle of wine is considered the right gift for any occasion, and TV and movies often portray drinking as the default activity to do with co-workers. But in reality, alcohol can have a negative impact on someone’s career, whether you drink or not. You have people whose careers don’t advance because not drinking takes them out of a lot of the informal spaces where connections are made. You also have people self-medicating in high-stress positions because of the pressures of their job. Open and honest conversations are key. Employers need to ask (maybe anonymously) about what kinds of activities people would actually like to do. Employers also need to provide stronger mental health supports for everyone.

Audra: There were a lot of good conversations that happened when people found out that Mike Pence wouldn’t ever have dinner with another woman unless his wife was there (good lord). People pointed out that this type of thinking kept women out of rooms where connections and decisions were being made.

This is also happening with folks in recovery, people with cultural religious reasons not to drink, or just anyone who finds it difficult to be around alcohol. When we centre our socializing around drinking, entire groups of people are left out. Many employers are very gradually coming around to the need for accessibility and diversity, and we need to make sure alcohol use is part of those conversations.

Do you think our culture at large focuses too much on drinking as a means of being sociable?

Haritha: Absolutely. Health and wellness movements are working to change that, but it’s still a very deeply entrenched cultural practice. People who don’t drink are rarely offered choices that are as interesting as whatever alcohol is around, which is a pretty clear indication of priorities. It tends to be a big part of dating, and I know people use it to calm their nerves.

To me, this is a symptom that we don’t have enough emotional intelligence to be authentic with each other. People feel pressured to put forward a version of themselves they think the other person wants to see, but if you are trying to determine in a few hours if you think someone is a potential life partner, it’s really best if everyone is themselves. Dating is awkward, but maybe we need to lean into that instead of trying to avoid it.

Audra: I completely do. I really expected the peer pressure to stop once I hit a certain age, but in some ways it just shifted. People used to have weird feelings about me because I don’t drink, but now they seem to have weird feelings about themselves because I don’t drink? It’s a lot. Folks can get really defensive, and then I have to manage that for them when all I want is a fancy lemonade. That sounds more grouchy than I intend—I actually appreciate when people want to understand me better—but if I mention in casual conversation that I don’t drink and some person I don’t even know gets defensive about it, it’s exhausting. Anyway, every person who has wanted to get to know me better in recent memory has asked me out for drinks. Most people are cool when I tell them I don’t drink, but it would be nice to have that conversation every time I make a new friend. 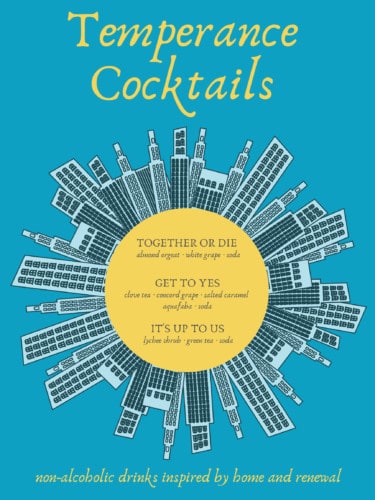 How would you like to see the cocktail scene in Toronto evolve?

Haritha: I’d like non-alcoholic options to be a mainstay of every establishment. Some newer bars have taken that to heart, but they are still the exception. On an industry level, one thing that I’d like Toronto to become is more comfortable with itself. We have a lot of raw talent here and serious culinary visionaries, but the public is largely fed on a diet of fad-chasing. That is to the detriment of what a lot of professionals work hard for. They are honing their skills and knowledge, but that is eclipsed when the next fad is deep-fried cheese wrapped in a waffle and pureed into a smoothie. In a job interview I was once asked what I thought of the city’s cocktail culture and I said, “We don’t have one.” The rest of the interview didn’t go great, but I stand by what I said.

Toronto is a very multicultural city. We have a high Muslim population, for example. That community is not considered when mainstream establishments are creating their menus. At the same time, a while back turmeric was huge in cocktails and beverages. It was such a hot item that everyone was using it; bartenders didn’t want to be left out of the big thing, but they were completely ignoring the fact that turmeric doesn’t actually go with everything. But you might not have any intuition for that if it’s not a flavour you grew up with, and for most of the top bartenders in the city, it wouldn’t be. People who have been marginalized because of their race and culture have also been shut out of a lot of those high-profile positions.

Audra: I don’t have Haritha’s experiences, but I absolutely echo his call for more diversity in the scene (and every scene). And as a non-drinker, I would just like more choices. I have never had any alcohol in my life, so I don’t have any difficulty asking if there are non-alcoholic choices. But that’s not true of everyone. Non-drinkers shouldn’t have to work harder than drinkers to get a fun drink.

What is your favourite cocktail that you’ve made so far?

Haritha: I have never wanted to make non-alcoholic versions of drinks—I don’t want to make a “virgin” anything—but I do want people to have the option of similar experiences. I also want people to have the option of being incognito about the fact that they are not drinking. So for a wine and cheese, I would make sure one of the non-alcoholic cocktails was also a dark red drink served in a wine glass.

For an upcoming event for the Centre for Social Innovation, there are going to be craft beers there, so I have created a drink of tea made from fresh hops, chamomile, ginger and honey, topped off with a head of lightly spiced aquafaba foam. That is the fulfilment of a personal dream of mine.

Growing up I would see in the media that people loved a nice refreshing beer with a thick foamy head. But when I had the chance to try beer, it was not for me. It’s so bitter! So I’ve made a drink that is for anyone else who has had that experience. The flavours are a compromise. It’s sweet and light but still has that bitter aspect to create the complexity that people are looking for in craft beer.

Audra: I once put some juice in some Limonata for Haritha and felt pretty stoked that he drank it and said it was good.

What is the ultimate event you would love to serve at as a bartender?

Haritha: The World’s 50 Best Restaurants is a list that comes out every year. It’s kind of like the Oscars, but for the food and beverage industry. I would love to run a non-alcoholic bar at that event. Even being invited as a guest at that show is a huge honour, and it would mean so much to have the chance to make cocktails for hugely accomplished people who are so committed to their crafts. When it comes to influencing trends, it can be pretty top-down. So as someone who is trying to have a cultural impact, it would be very legitimizing to get to serve a group of people who are the best at what they do.

Audra: A Dolly Parton concert at my house.

For upcoming events, and to sign up for free recipes, head to the Temperance Cocktails site.