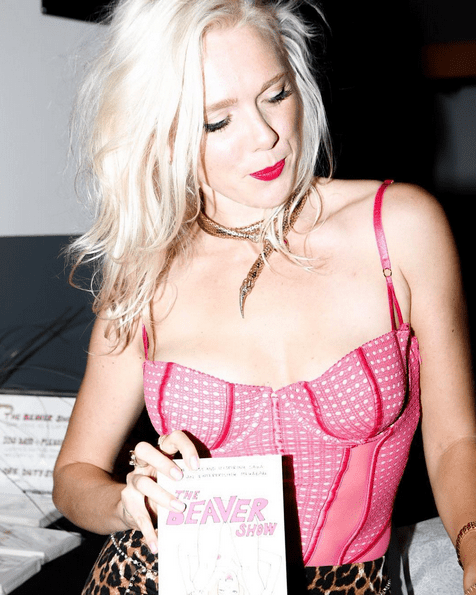 Jacqueline Frances is a stripper, writer, illustrator, stand-up comedian and Caledon native now residing in Brooklyn. Her memoir, The Beaver Show, is on its way back to Ontario later this month. We caught up with her to talk about stripping, Nickelback and what she and Nabokov have in common.

SDTC: What was the best club you ever danced at?

JF: Each club has a different charm. Right now I’m missing my early days of stripping back in Sydney, home of the Shower Show. Shower Shows are twice the price of a regular dance, only you get paid to take a shower while the client watches on the opposite side of the glass. Taking sporadic showers throughout the night is a privilege I really miss. Never has wasting water been so much fun.

What is your number one beef with customers?

What is a reasonable sum to give for a lap dance?

It depends on the cost of living in the city and the relationship the lawmakers have with the church. I’ve danced in New Mexico where you charge $5 for an air dance (it’s less of a lap dance and more a sway-my-tits-in-front-of-you kind of theatric) whereas in Man Camp, Alberta, a dance is $30 because women are scarce and minimum wage is astronomical. Regardless of what you’re paying, you should always tip the dancer for so graciously entertaining you. 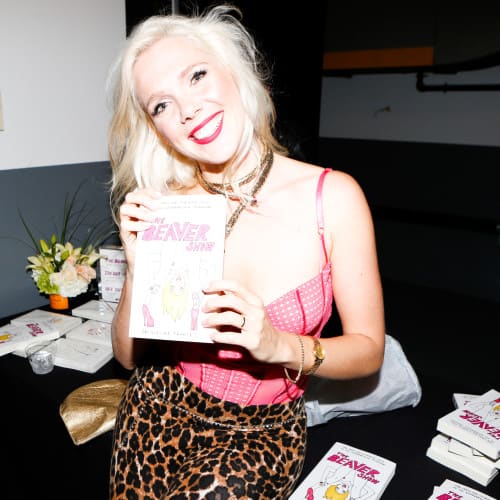 If I want to break into stripping, where do I begin?

I say this to every woman who asks: Just do it. Show up. Showing up is the hardest part.

What is the best Nickelback song to dance to?

They are all the same and they are all equally great stripper tunes. They all evoke the same idea of the Every Man feeling like a Baller. I seriously couldn’t name a single Nickelback song, but I assure you I know them all intimately.

What was the WEIRDEST request you’ve ever had from a customer?

Nothing is weird to me anymore; I honestly feel like I’ve heard it all. I really love the random requests; they are so telling! And it’s so rad that people feel comfortable enough with you to share their secret fantasies. Some of my favourites are, “Show me your armpits,” “Spit on me,” and one guy who kept asking me to tell him (while I was dancing) “Let’s bang.”

I certainly can’t pick an all-time favourite but I will say this: At the moment I’m reading Sarai Walker’s Dietland and it is so delightfully cunty and enlightening. I feel like I’m reading something by Margaret Atwood, if Margaret Atwood just cracked one day and was like, “You know what? Screw this. I’m about to tell you how I really feel and it’s not going to feel so well-lubricated this time.” You should read it. 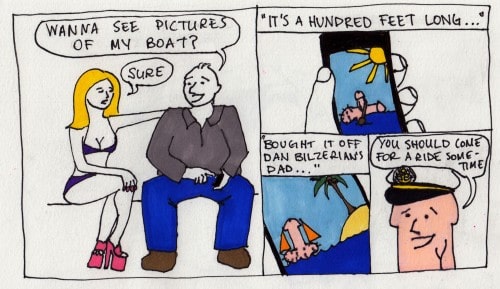 For me, drawing is therapeutic while writing is cathartic. They serve different purposes. The great thing about drawing is that I have very low expectations of what I produce. Like, if I draw something and it doesn’t quite bear the likeness of the subject, I won’t try to fix it. I’m usually happy with whatever goes on the page. With writing, though, I’ll agonize over a sentence for WEEKS. It’s tedious but there is no better feeling than producing a fierce piece of prose and putting it out into the universe.

If you could compare your life to any character (or author) in Russian Lit, who would that be?

Probably Nabokov because he loved being an expat so much—and one day I hope to write as brilliantly as him. Plus he dedicates every single one of his works to his wife. I’m one of those writer-types who never makes a deadline unless I have a drill sergeant for a partner.

What do you do on a typical day off?

I wear quite a few hats (illustrator, comic, writer, stripper) so there aren’t many days off as I prep for this tour. When I do take a break from touring I like to spend it with my wife. We have a very long list of food we want to eat. We’re heading to Japan for our two-year anniversary this spring and let me tell you we are going to eat at least four meals a day there.

Do you ever feel insecure about your bod?

Whenever I’m feeling a little meh I put on heels and tell the DJ to splash my body in red lights when I’m on stage. Works every time. 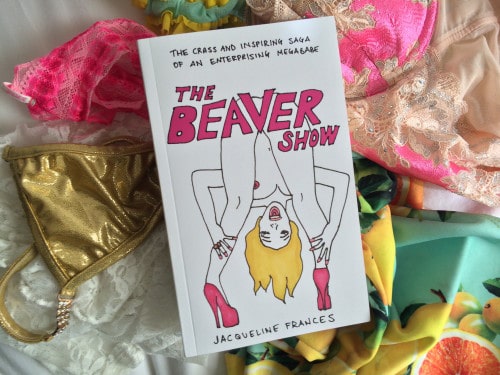 What was the funniest/most embarrassing thing that has happened to you on stage?

Tampon strings are hanging out all the time at a strip club. We bleed, we still gotta work…it happens. And the guys are so into it. They love that shit.

What is your best dance move?

I can do the whole Foxy Lady dance from Wayne’s World (you can see it here).

Who is your style inspiration?

The Beaver Show is travelling all over North America! I’m still stripping, and I’m also building my act as a comedian. And let’s just say there are a few rather illustrious irons in the fire.