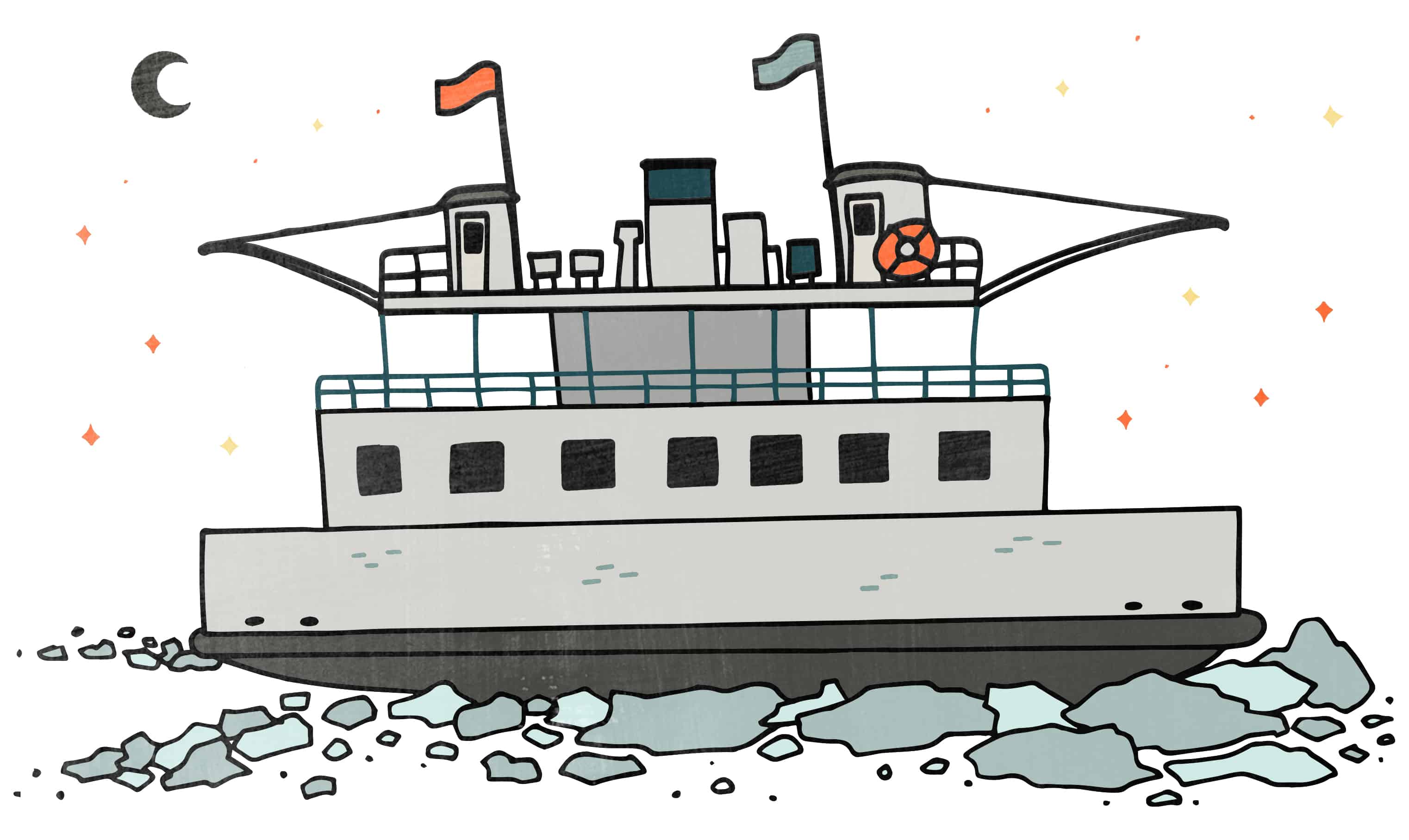 There was a girl from school who bullied me. She would sometimes come and sit in our dog house. There was a girl from school who was so blonde she glowed. She would only hold hands with me when no one was looking. She told me I was her very best friend while we ran through the field towards the giant weeping willow. “But don’t tell anyone,” she said. One whose father built robots that roamed around their living room crashing into walls. I was told she wound up in jail. Hard time. Their rebellion was different than mine. Their rebellion had them giving the world babies too young, had them thrashing to Metallica, running drugs. They did all of this while inhabiting these damn houses. They never left here. Me, I was leaving here while I was still here, getting on their nerves, being in their gaze, telling them about options they knew they would never take.

I was burning right under their noses with light and fire. Once, I parted my hair to the side in a sea of hair parted in the middle. A tiny explosion. From here, it was much easier to keep going, and so I did.

I was the smell of difference, and once this scent was picked up on, there was constant noise – a bad radio connection of voices trying to bully me back in line.

The ferry crushes through the ice. The ice folds and bends in the wake of the prow. The boat’s movement wails and twists as it labours across the harbour. I can barely see the ice below – just the outline of its shapes as it breaks. The pieces are shadowy, spewing out of the boat’s way like broken teeth. My eyes are riveted out the window, watching as the boat groans and yearns, fighting to make it across the inky inner harbour. I feel as though I might have come to stay somewhere in the Arctic.

The crunching of the ice sounds like bones breaking. Misshapen, crushed things, the path of the will. I thought of Dundas Street. It was a blur of bricks and sledgehammers. Clouds of dust that had not yet settled. I found myself catching back tears. I wasn’t ready to unearth the bones of that place, or how bent things had taken over my life.

The blackness of night is thick out of every window. We sat on the thin bench under the bright lights, and I examine the bulletin board that announces a winter games night, a solitary glove pinned right beside, waving to its lost owner. There is a stack of sections from The Globe and Mail on the bench across from me. The orange life jackets peer from the ceiling, a splash of garish colour above my head.

I barely speak to my father anymore. The last time I saw him, his shoulders rounded as he turned his back on me at my cousin’s wedding, his linen suit hanging off of him like a burlap sack. I stood there for a little while in the bright room festooned with white balloons, just to make sure that it was real. I stood alone for a little while, watching the waves of lake St. Clair out the plate-glass window just ahead, the ribbons fluttering off of the gazebo where the wedding had just taken place. I wept on the stairs where the staff at the fancy club smoked. I said my goodbyes right there.

The night sky makes the sounds seem louder, the fluorescents inside of the boat brighter and more surreal. For a moment, it seems as though we have stopped dead, as the boat rears up against a stubborn section of ice. Gridlocked. Stuck in a fight that might not resolve without the coastguard. It is a wait-and-see moment. I nervously check my phone, watching the endless stream of Facebook posts pour in like a leak.

The voice at the other end of the phone was crisp when I told her I was thinking of drinking again after a decade of sobriety. I was sitting at the top of the long stairs going down to Dundas Street.

“What were you thinking doing this with him?”

The question pierced into me again, over the crush of the splitting ice. It foiled in my mind with the boat’s heaving. If the question hadn’t been so pointed, I would have answered truthfully. The answer was noiseless. The answer was nuts, considering. Wishful at best. I felt a fool for hoping for a smooth, healing passage.

I glance over at my husband, who is looking at his phone. To him, it’s completely fine for a boat to be plowing through a half foot of ice. Andrew is a champion sailor, forever steady on the water, and inside of his watery self – a ballast to my choppy sea. Frankly, I’m not sure how he can be so calm while there is such a battle going on underneath our feet. I feel attached to the swirling chunks of ice bashing around my body, twisting right below me.

I remember watching as the contractor stood in a pile of rubble on the third floor, sledgehammer in hand. I could barely see him through the plaster dust. It was then that I knew what I was in for. Beautiful destruction. It was right before my eyes, like an oracle. I raised my battle axe, spitting bricks, using pure force, until eventually I broke. The crux was about poetry. Poetry versus cheap, fast things.

“This is the ugliest place I have ever seen,” she said.

Sometimes words are tombs laid out for things that are still alive. They are uttered to cause doubt. To send their tentacles into tender things and stay there like small fish hooks, slowly killing the environment around them.

I am this ferry. Stubborn me, sending bricks, drywall, contractors scattering in my wake, just like the ice crushing around me.

When we get to the shore of Wards, the captain is having trouble parting the ice that has accumulated around the dock. No shit, I think, It is toughest where it accumulates. He reverses the boat and smashes the prow into the ice a dozen or so times, chipping away at the crust. The dockhands are finally able to secure the boat with ropes to the shore. I try to shake off Dundas Street and return to the moment.

I chuckle to myself uncomfortably, still picturing myself as the boat, tearing up Dundas Street with my will, driving my head over and over into the interior brick walls until I could make my way.

Eventually, we all make it through.

Andrew saunters over to his cart and joins my side. I glance over at him. He doesn’t seem to notice that I have, in the course of a fifteen-minute ferry ride, transformed myself into a brick-throwing boat, willing myself across the icy harbour.

We wait in the cold night air for the gangplank of the ferry to lower. A dozen or so silhouettes forge into the night. It is silent. We move, at first like a small and timid herd, then we begin to part down the various paths towards the houses. Some veer off to the right to make their way over to Algonquin Island, while others make their way along the path to Wards. Their conversations are lively chatter around us, but then, as we all part, they become distant murmurings from a variety of directions and eventually dissipate. Their silhouettes do the same. They recede and join the night.

I follow Andrew in the dark, barely able to make out the path under my feet. The snow blows against us as we make the last leg of our journey. My luggage wheels roll a little smoother now that I know I am close. I am weary, but my dignity has returned. My body is retuning. I am in touch again.

We turn down Channel Street and file into the narrow path that leads up to the side door of the house. Andrew fiddles to find his keys in the dark, and after a minute he does the work of opening the door to our small room. He helps me get my things up the few stairs, and we enter the monk-like space, allowing our bodies to accustom to the warmth in the room.

“It almost took a lady away, and the boat in the ice is really daring but also really horrible somehow. All of that bashing. I am bashed. I am totalled. Plus, Jack Layton riding a bicycle doesn’t make any sense in February. He is poorly dressed for the blizzard.”

Andrew laughs. I don’t mention Dundas Street. I am too exhausted.

I am peeling my clothes off and letting them land where they may. I open the suitcase on the floor and dig around for some yoga pants and a t-shirt. I put them on and crawl into the wrought iron bed and take a breath.

I shut my eyes and listen to him as he climbs into the bed beside me, creaking, breathing, rustling, until we are together, breathing to sleep in the dark.