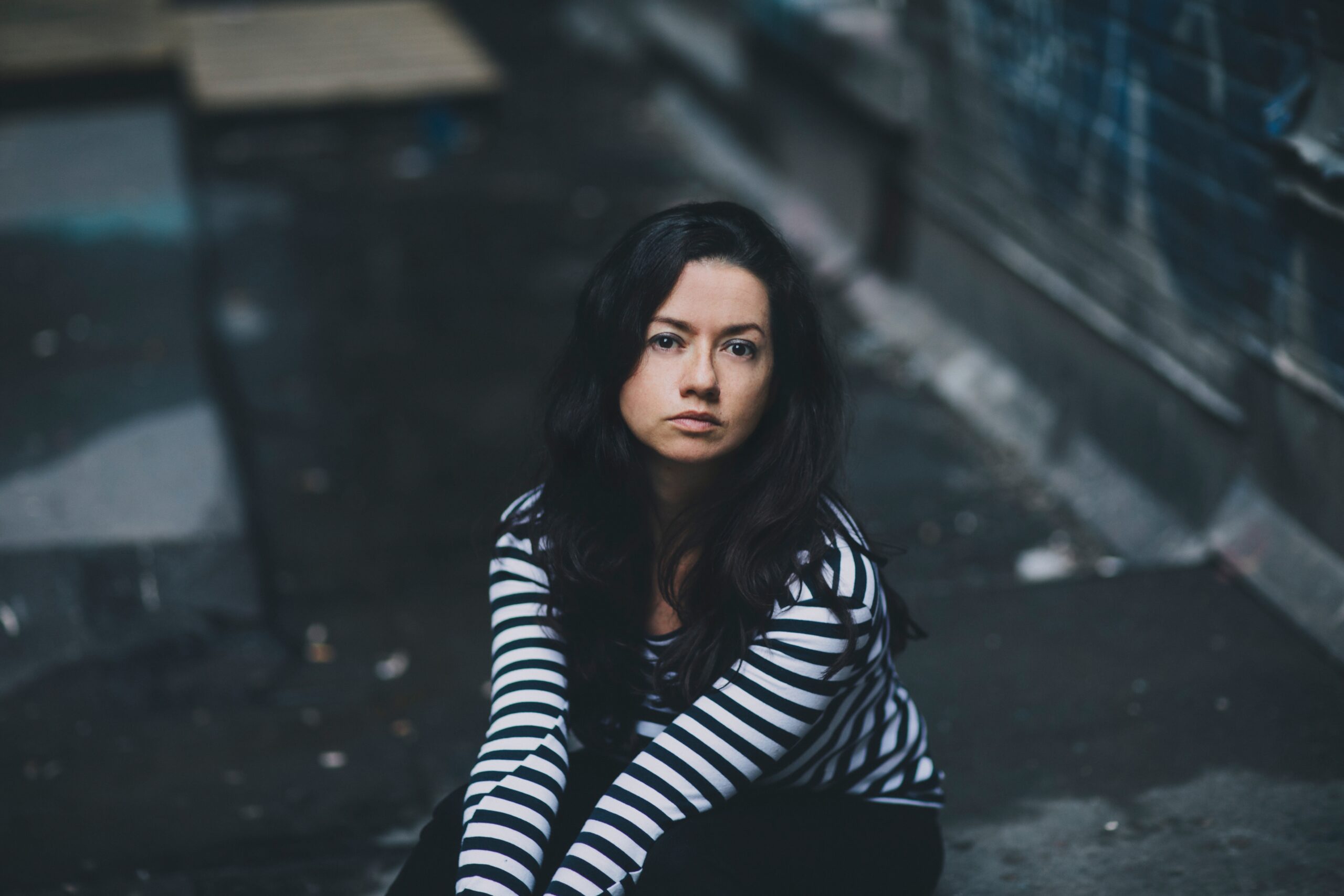 "Making films forces me to reframe my perspective of self and my relationship to space and time over and over again. It pushes me to constantly learn and unlearn. It’s a way of facing myself."
Film

Lina Rodríguez Breaks Immigrant Stereotypes with ‘So Much Tenderness’

Colombian Canadian filmmaker Lina Rodríguez is continuing to explore the complexities of the immigrant experience with her latest feature film, So Much Tenderness, premiering this week at TIFF.

After her husband is murdered, environmental lawyer Aurora flees Colombia for Toronto, where she rebuilds her life with her daughter while trying to process her loss. TIFF Programmer Ravi Srinivasan describes the film as “a bittersweet look at both the challenges and the possibilities that come with migration.”

We spoke to Rodríguez earlier this year, for the premiere of her film My Two Voices, centred around three Latin American women who have immigrated to Canada. Inspired by her own experience, Rodríguez delves further into the nuance of immigrant stories with So Much Tenderness.

“So Much Tenderness is partly inspired by the feelings of anxiety, uncertainty and dislocation that I experience as an immigrant, as well as by dozens of conversations with Colombian immigrants and refugees from a diverse range of circumstances.”

We asked Rodríguez about her objectives for So Much Tenderness, her many inspirations and her creative process as a filmmaker.

So Much Tenderness. Why were you compelled to make this film?

While the film explores the geographical and emotional in-betweenness that I feel is part of my immigrant experience (and the deep wound from violence that we carry as Colombians), it is also a continuation of my interest in the mother-daughter relationship, as well as female characters that have their own agency and desires but still have to deal with the expectations within the structure of family and society.

Given that the film offers a non-stereotypical glimpse into the immigrant experience, I hope it invites audiences to expand their own expectations and preconceptions of what being an immigrant can look and feel like. Hopefully it will also contribute to expanding Latine representation on screen beyond recycled stereotypes of hyper-sexualized villains, maids or vixens. 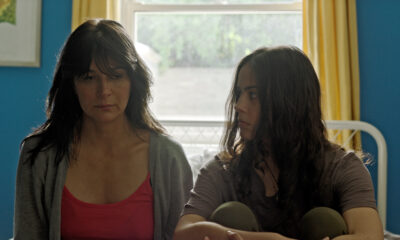 Can you tell us about a discovery you made while making your film? Factual or personal? Something that you uncovered that will stick with you for years to come?

Along with my producing partner Brad Deane, we see our sets as spaces of mentorship that can hopefully give someone who has no experience in the industry a welcoming opportunity to kick off their journey. Although we had done this in the past, for this film we were even more intentional about combining levels of experience, which was ultimately wonderful and something we will try to continue doing for future projects. We believe it is important to further dismantle traditional hierarchies on set that get in the way for collaborators to come together as a team and learn from each other.

There are many films that have impacted me greatly at different points of my life so it’s difficult to pick one. But as summer is coming to an end, I will pick Ingmar Bergman’s Summer with Monika, which was released in the U.S. as an erotic film under the title Monika, the story of a bad girl! Bergman does not exert this kind of judgement on the film’s protagonist, and instead offers an insightful and blunt reflection on freedom, which was no easy task in 1953, considering that back then it was even harder for a woman to veer outside of the socially constructed path (from object of desire to wife and mother/good and useful citizen).

Known for his extraordinarily complex women characters, Bergman uses direct address in a more existential manner (instead of just as a narrative device or a stylistic flourish). How could one ever forget the beautiful moment when Monika turns to look at the audience, defying us to absorb the incomprehensible, infinite and overflowing presence of her face?

The way that certain filmmakers have explored the possibilities of cinema has had a huge impact on my journey. Filmmakers such as Chantal Akerman, Claire Denis, Trinh T. Minh-ha, Jean-Luc Godard, David Cronenberg, Jonas Mekas, Rainer Werner Fassbinder, Robert Bresson, Nicholas Ray, Lucrecia Martel, Hong Sang-soo, Apichatpong Weerasethakul, Yasujirō Ozu, Luchino Visconti, Maurice Pialat, Ingmar Bergman….although their films are very different, I am inspired by the way they use cinema to question the world from their perspective. They follow their instincts and are constantly pushing boundaries and always aiming to invent their own path, their own language.

There’s also a quote from Marcelo Mastroianni that I think I read somewhere (maybe I invented this because I can’t remember where it was), it goes something like this: “Beware not to believe other people’s bullshit, but most importantly don’t believe your own.”

Again, there are many individuals who have influenced me at different times. Someone that comes to mind right now is the Cuban-American multidisciplinary artist Ana Mendieta, particularly her “siluetas” series. This was a long-term project that she created between 1973 and 1980 for which she inscribed her own body into different landscapes, which she then transformed by fire, water and other natural materials. Although my work is very different to hers, I feel a deep connection to the way these poetic earth-body works occupy a liminal space between presence and absence, while evoking the shadows of loss, exile and rupture.

I love all of it even if making films is not easy… it’s a bit of a fever dream, a crazy endeavour but also a human activity that allows me to encounter others and share ideas. Given that I face it as a process of discovery, I enjoy the ups and downs. I welcome that it’s an ongoing lesson in humility, because no matter your budget and resources, you always start somewhere and end somewhere else, which is why you need a team that is generous and curious to accompany you in the adventure. Ultimately, making films forces me to reframe my perspective of self and my relationship to space and time over and over again. It pushes me to constantly learn and unlearn. It’s a way of facing myself.

I know I’m approaching burnout when I become moody and impatient and it’s hard for me to focus and be present. And this is a problem for me as a filmmaker, because I see it as a job of solving problems in space and time and thinking about the relationship between what is inside and outside a frame (what we see and what we hear) and this requires you to be present, in the moment. When this happens, I try to take a break or tell my collaborators I need time or I need their perspective because I cannot see clearly, I ask for help.

Physically I know I’m approaching burnout because I get a twitch in one of my eyes or a cramp on my toes. When this happens I try to drink more water and meditate.

I try to cultivate curiosity, to listen to others when they talk, to spend time focusing on their faces, observing their gestures, the way they move, how they smile. I walk, I read, I watch films, I listen to music, I watch the clouds pass by. Lately, I also spend a lot of time listening to my surroundings, paying attention to “unimportant” sounds happening in my house, my neighbourhood (this became more intense last year when I was doing field recordings in Toronto because I did the sound design for So Much Tenderness). Sometimes just by looking and listening to what is right in front of you, you are able to see and feel something new, something that is there but you couldn’t see it before because it seemed unimportant.

Care and self-care. Remembering that life is short, that we will all vanish one day, so the only thing we have is how we choose to treat each other. That is why I continue to resist patriarchal and extractivist practices that sell the idea that being a director is being the “boss” or the “knower”, or that only the people in front of the camera are important. Instead, I envision myself more as a witch, a host, as someone who summons others to gather around the camera, who invites collaborators to join a space that in itself will be transformed by their very presence and energy. Filmmaking is a way of coming together, an encounter and it is through our connection as people that we can summon something, that we can make something happen both in front and behind the camera.

There are lots of interesting and different voices speaking about what it looks and feels to be Canadian in a way that I haven’t seen before. There’s still a lot of work to do, but at least there have been some shifts, some re-framings.

In a way it means that I am for the first time seen as a Canadian filmmaker, which is a new thing for me, even if I don’t feel completely Canadian still. It’s also very exciting and moving because So Much Tenderness has many personal and thematic connections to this city, so it’s the perfect place for the film to start its journey.

"Making films forces me to reframe my perspective of self and my relationship to space and time over and over again. It pushes me to constantly learn and unlearn. It’s a way of facing myself."