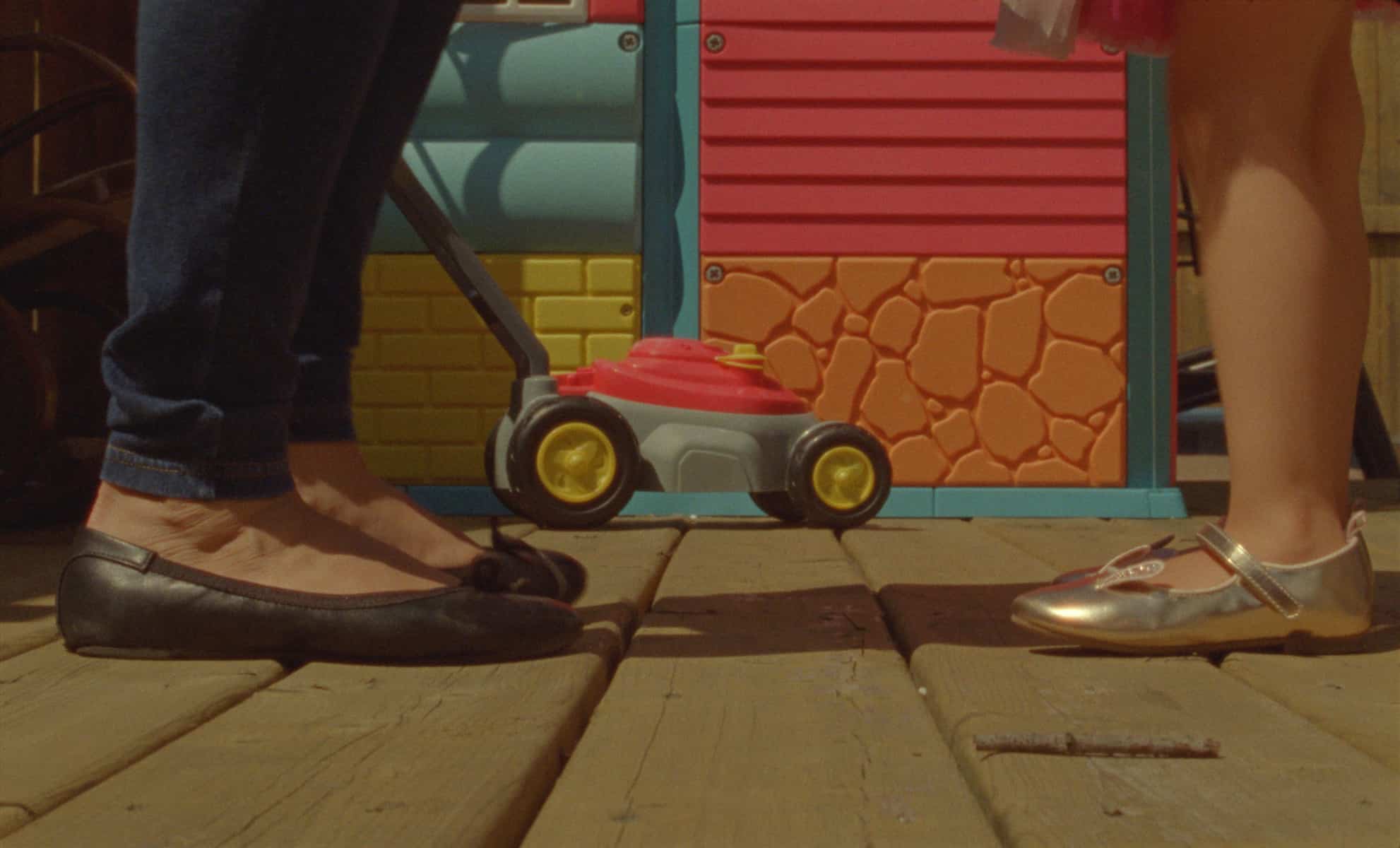 "My Two Voices for me is a tribute to immigrants who in distant lands and in strange languages struggle to find their identity in the midst of diversity, adversity and opportunity." - Claudia Montoya
Film

Premiering at Hot Docs Film Festival this Friday, My Two Voices follows the stories of three Latin American women who have immigrated to Canada, delving into themes of belonging, identity, motherhood, and reconciliation.

The film reflects some of filmmaker Lina Rodriguez’s own experiences as a Colombian Canadian. Now a dual citizen, she describes being an immigrant as “an ongoing learning process” and wanted to explore the feeling of being in two places at once.

“It’s kind of like an echo of the immigrant experience with many people where you’re just carrying your past and living the present, but you’re also trying to combine two different voices,” she said. 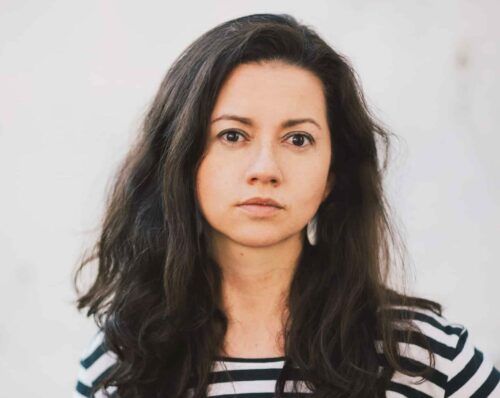 While developing another film in Toronto, she met Claudia Montoya, an immigration settler and one of the women featured in My Two Voices. Once Claudia introduced her to Ana (Garay) Kostic and Marinela Piedrahita, the film began to take shape for Rodriguez.

“Through getting to know them, I was able to share some of my own experiences as an immigrant and they shared theirs. Then I realized that maybe it was a film that would be like a portrait of the three of them.”

She spent a lot of time with the women one-on-one, first on the phone, and then visiting with the families at their homes. As they shared their experiences of immigration with her, she began to notice certain themes the stories shared — learning a new language, raising children in a new culture — but also differing opinions about immigration amongst the women.

My Two Voices draws you in and prompts you to absorb everything — not only the stories you’re hearing, but the tone in which they are told and the intricate visual details. Rodriguez worked with each of the women to choose activities they could do on camera while we hear their stories. Claudia’s collection of necklaces and rings are featured, while Marinela is shown gardening — revealing significant qualities about them. 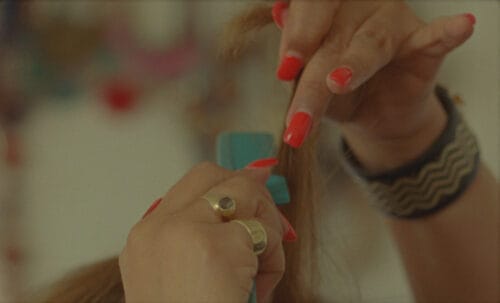 Rodriguez decided early on that she wouldn’t show the women’s faces until the end of the film. Instead, she wanted to take us on a journey that allows us to get a sense of them through fragments and sensations — their hands, feet, the colours in their environment, how they interact with their children — rather than defining them by their faces.

“I think as women, being judged by our faces, it’s a very prevalent way that we have to navigate the world,” said Rodriguez. “They were whole human beings with different parts.”

Rodriguez was particularly interested in exploring the leadership of women in immigrant communities, and the complexities of roles they take on as women and mothers. “In my experience and through conversations, the women in many immigrant households end up sort of taking the lead on adapting first, or shedding their old life and then finding a job or learning the language.” 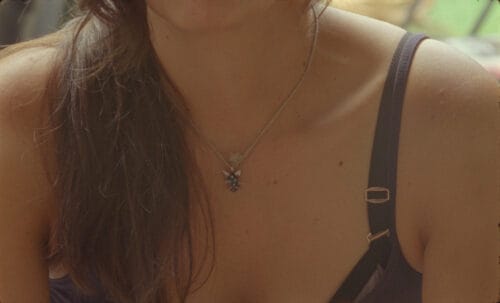 The film’s title, My Two Voices, or Mi Dos Voces, is not only a reference to simultaneously speaking both Spanish and English — it’s also about who we are beyond language.

“We contain many and I don’t think our identity or who we are is fixed,” said Rodriguez. “This plurality of many voices is something that I think reflects my own experience, both as an immigrant but I think as a woman too.”

She also points out the beauty of experiencing something that’s not fully understandable. “If you’re hearing someone speaking a different language and you miss things — it’s okay. Just listen and maybe learn and then find your own way to engage with things that might not be the only way.” As audiences take in the film at Hot Docs this week, she hopes they remember the power of listening and learning from each other.

Friday marks not only the Canadian premiere of the film, but also the first time that Claudia, Ana, and Marinela get to watch it together.

“My Two Voices for me is a tribute to immigrants who in distant lands and in strange languages struggle to find their identity in the midst of diversity, adversity and opportunity,” said Claudia.

Ana added, “As I was sharing part of my story, I felt a sort of freedom and happiness. I hope that it can demonstrate to other new immigrants that they can achieve anything they want in life.” 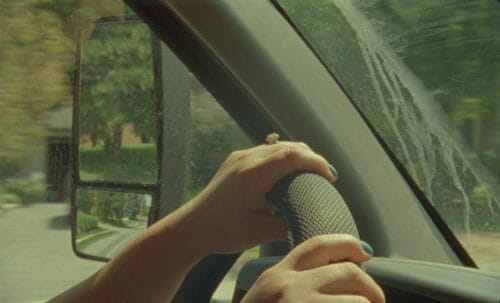 As her first film shot in Canada, and one that also reflects on what it means to be Canadian, it feels significant for Rodriguez that the film will be playing here. “I think it’s super exciting to show it in Toronto, a multicultural city where we live these lives that I don’t feel like are super represented on screen. Like this idea of bilingualism — it’s our reality, but I’m not sure we see that on screen as often.”

It’s true, we don’t often see the authentic and multi-layered portrayals of immigrants and women that make My Two Voices the intimate and nuanced film that it is. Be sure to watch if you’re looking to immerse yourself in a quality film with powerful stories.

My Two Voices premieres at Hot Docs on Friday, April 29 at the TIFF Bell Lightbox. It will also be available to stream online. Watch the trailer on Vimeo.

"My Two Voices for me is a tribute to immigrants who in distant lands and in strange languages struggle to find their identity in the midst of diversity, adversity and opportunity." - Claudia Montoya

Lina Rodríguez Breaks Immigrant Stereotypes with ‘So Much Tenderness’