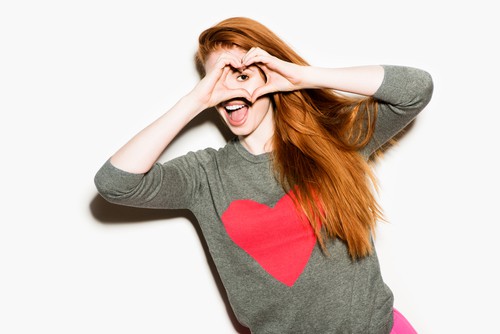 Quirkiness is becoming a buzzword, and I hate that.

Like the other “jazz hand” virtues, “fun-loving” reads the same. “Say hello to fun-loving Rita, she’s a retired interpretive dancer who loves to rollerblade with knee pads on.” As for the edgy girl who says she’s “a little wild,” this could literally mean anything. Maybe she snorted lines with Riff Raff all weekend! Or maybe she stole a KitKat bar from Shopper’s Drug Mart. Maybe she thinks being a “little wild” means eating crunchy peanut butter, because that’s against the norm of her mainstream, smooth peanut butter-eating girlfriends. So yes, she probably considers herself a little wild, and nutty too.

The way I see it, everyone loves to travel, and loves yoga and loves to brag about eating overpriced, organic healthy food from the Whole Foods in Yorkville. And, if you didn’t enjoy these buzzwords of young womanhood, then you would be the girl that nobody wants to admit to being – the one who’s too broke to travel anywhere hot, hates yoga (and people who love yoga), and always first to order the extra sticky sauce on her “KFC” Chicken for Two (solo) dinner at The County General.

Anyways, can we please stop saying that we’re living, loving and laughing? Doesn’t anyone have any regrets? If I see one more Twitter bio that says: “living life to the fullest, never looking back – no regrets xox” I’m going to write a full-page rant on SDTC. And if I were living, loving and laughing 24/7, I would die of an aneurysm. And for the record, living is better defined by crying, not laughing – followed by more crying, then hysterically laughing.

Ask real questions to find the words to describe yourself. Who would cater your funeral after-party? If you were a traffic cop, would you grow a moustache? How often do you brush your hair (like never)? What’s so great about Law and Order SVU? Venus or Serena? Nike sneakers or classic Adidas?