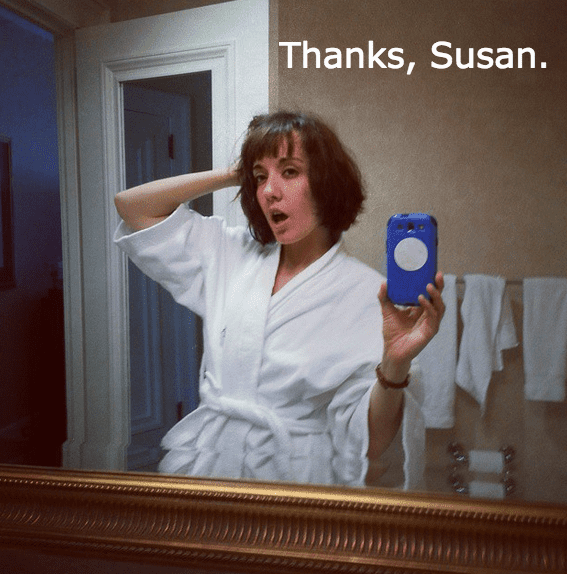 A Love Letter To My Vibrators

My vagina has been vibrating for approximately 11 years and what an 11 years it has been. I’ve had battery highs. I’ve had battery lows. I’ve come within seconds. I’ve come within hours, multiple times, when I called in sick and needed something to do so I masturbated excessively like a bored, powerful woman should. I honestly use my vibrator(s) as often as I brush my teeth and occasionally WHILE I’m brushing my teeth. (QUEEN OF MULTITASKING, HELLO.)

My saga of electronic self-pleasuring began with a gift from my mother at the ripe age of 17. It was the Christmas of 2003 and as per usual I was swiftly unwrapping presents from her that I would immediately be returning. Presents like x-large men’s blazers from Sears and x-large men’s dress pants from The Bay. But then she redeemed herself with one small, shining box filled with pure, adulterated joy. I cracked that baby open and found inside a reverberating magical wand that I knew was going to provide countless orgasms for young, inexperienced, not-knowing-what-or-where-a-clitoris-was-yet me.

Most females I speak to had a do-it-yourself vibrator/dildo/getting-offer that they used before the real deal was obtainable. I’ve heard of women using back massagers, shower heads, vegetables, and, er, electric milk frothers (which my insane pal Julia found to be incredibly satisfying). The idea of her using it terrified me, but hey, you do you.

My masturbation sessions did not begin with “Youthful Essence” though. Oh, heavens no. I had been humping pillows and putting my junk in front of jacuzzi jets for years at this point. I was a resourceful little horndog who found ways to make it happen no matter what my limitations were. All I needed was my hand, my other hand, and a Merry-go-round. But I quickly realized that there was nothing quite like a vibrator-led diddle fest, especially one inspired by none other than Erica Kane from All My Children. (Fun piece of trivia: Erica Kane was known as the “naughty girl” on the show. Coincidence? I THINK NOT).

“Youthful Essence” (who I refer to simply as “Susan”) was a clitoral stimulator. Meaning it couldn’t be inserted inside my vagina no matter how hard I tried. I was still a virgin and with all of the problems I had surrounding my overly large hymen, I couldn’t get a teeny tiny tampon up there, nevermind a dick-sized rod. To give you more of a visual, Susan is a handheld apparatus with a rounded plastic ball where a detachable sponge is supposed to be placed over top for skin care purposes. But as soon as I turned her on and realized her power, I popped off that sponge and said “Let’s see what you’re really capable of, girlfriend.”

FYI I talk to my toys like they’re my BFFs and I also name them. Susan came with her own name and personality like a straight up Cabbage Patch doll. But my other two assistants (acquired later) required formal titles which I provided for them solely based on their size/colours. I refer to my purple one as “Lumpy Space Princess” and the other as “Big Bluey.” “Big Bluey” is ironic in that it’s a miniature bullet which I procured for travel needs and “Lumpy Space Princess” was named after my favourite animated character from Adventure Time, cause if LSP was a vibrator she would be this one.

When did Lumpy Space Princess and Big Bluey enter my nether regions? Well, after years of running Susan into the ground I figured I needed to step it up and see what an authentic vibrator felt like. So in my early twenties I casually strolled into a sex toy store/my adult version of Chuck E. Cheese. I spent hours playing with every gadget I could get my trembling hands on. I learned about the various settings, specific abilities and intended purpose of each gizmo. I was starstruck as I met vibrators I had only seen on TV, like the Rabbit, an SATC classic, and I was shocked when I saw ones that resembled milk frothers and had to apologize to Julia. She was apparently not far off the mark.

I had no clue that there was such a plethora of devices designed solely for my gratification and I had no idea how I was going to choose the one that was right for me. I mean, Susan just fell into my lap and by some miracle we got along swimmingly. What I wanted now was an earthquake-inducing companion who could rock my universe in eighteen different intensities. And that’s when I laid my eyes on Lumpy Space Princess. She was fun. She was forceful. She was fashionable. She was everything I wanted to be and more.

Turns out Lumpy Space Princess wasn’t THE ONE and by that I mean she will be one of MANY. I’ve discovered after years of use and my body’s needs adapting with age, that I require an assortment of knickknacks to suit my fluctuating desires. Cause let me tell you one size does not fit all when it comes to vibrators. All being “all women” and all being “all of MY vulva”. Along the way I picked up “Big Bluey” so I could keep it on hand and in my purse whenever I needed it aka AT WORK. KIDDING. KIND OF… And I don’t plan to stop there. I want my collection to continue to grow as my vagina continues to expand/change/gain power.