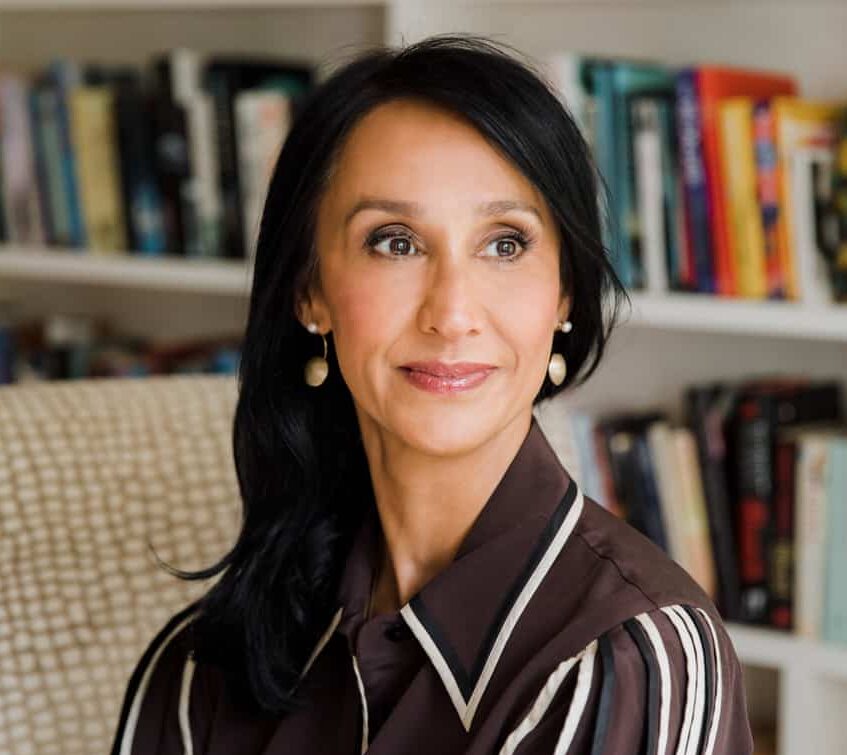 Set in London, Monica Ali’s masterful new novel Love Marriage is about two families, from very different cultural backgrounds, coming together. It’s also about the way carnal lust influences our path, sometimes helping us find it, derail from it, or even destroy it.

Twenty-six year old Yasmin Ghorami is newly engaged to Joe Sangster, a fellow doctor, and dreading the moment when her parents meet Joe’s mom. Harriet Sangster is a North London feminist icon, known for posing nude and writing about her colourful love life. Imagining what conversations will unfold when her conservative Indian parents pull up to Harriet’s fancy Primrose Hill home, in their dumpy car, is Yasmin’s ongoing nightmare. This is where the brilliant book begins, and while the title is Love Marriage, Ali makes it clear that is a story driven by sex.

“The story engine is sex. In one form or another, whether that’s infidelity, revenge sex, sexual addiction, sexual identity, sexual violence… It’s what moves the story along. It’s also how the protagonists grapple with their identities, and grow into them. Sex is every character’s weakness and it’s every character’s strength as well. It’s a source of shame and guilt and secrets and lies, and also the converse — exploring and playing and pushing your boundaries and exploring your own desires,” the award-winning author tells me from her home office in London over Zoom.

Behind her, white shelves are packed with about 500 books; through the window, the sun sets on the backside of London row houses, a scene that I imagine so much of her inspiration is drawn from. With my limited view into her life, I take in as much as I can, trying to get to know the daring writer who wowed the world with her debut novel Brick Lane, later adapted into a critically-acclaimed film of the same name, directed by Sarah Gavron (Suffragette, Rocks). The TV rights for Love Marriage have already been sold to New Pictures, and a series is currently in development with the BBC—an outcome that Ali is extremely pleased with.

But back to the sex. Ali is talented at writing delicious and realistic sex scenes, that are as awkward as they are arousing. The dialogue throughout Love Marriage similarly walks a fine line, exploring serious issues of class and race with fearless laugh-out-loud humour. 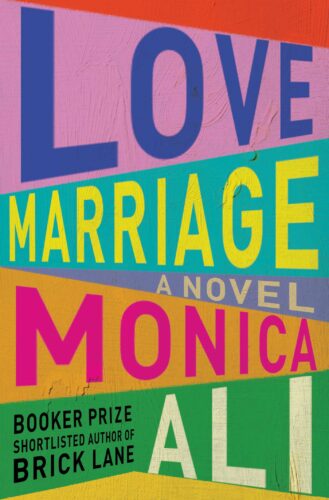 The book is also about the human urge to make assumptions—something that even the most righteous and woke individuals are guilty of. “We all make assumptions, it would be impossible to live life without making them. Yasmin quite rightly resents it when people make assumptions about her, based on her ethnicity or gender or whatever it is. But she makes assumptions left right and centre, including about her own mother, who is just Ma in the kitchen with her embarrassing outfits and pots and pans. We tend to do that with our parents, it’s hard to see them as truly individual and unique and not in relation to yourself.”

The engagement and the intertwining of the families forces Yasmin and Joe to examine their individual relationships with their parents more closely. Through therapy sessions and familial tensions and conflicts, they begin to see earlier chapters in their life with newfound clarity, laying bare reasons behind their own insecurities, desires, and behaviour. “Whatever crazy shit goes on in your own family, you think other families are normal. It’s a path to enlightenment to realize that they’re just as fucked up, if not more.”

What’s very cool about the way Ali writes is that even if your life is completely different to the rich and complex characters in Love Marriage, you’ll resonate with both the cringey moments, as well as the exhilarating and gut-wrenching ones, finding parts of your own journey reflected on the page—no matter what your background is. “The more granular you get with experiences of families the more specific and local you make it, the more universal it becomes.”

Brilliant, smart, touching, hilarious, brave… These are all words I’d use to describe Love Marriage, but if pushed to choose just one it would surely be pleasure. Ali’s new novel is an absolute pleasure to read, and even after 481 pages, I still wanted more. Ali has a true gift for tackling important issues in a way that can be absorbed, understood, and most of all enjoyed.