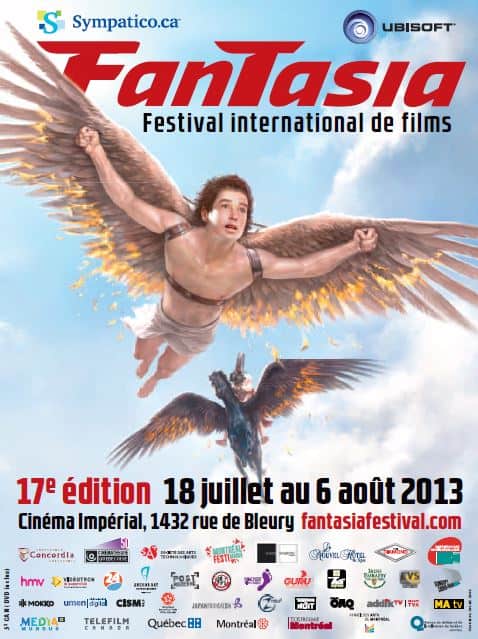 8pm. M.I.A @ Metropolis, 59 St-Catherine East. In all her glory, MIA descends onto Montreal – grab your silver harem pants and gold grillz and whatever else she was wearing in her amazing Bad Girls music video. This is going to be one hell of a show! $38 (tax included). Tickets here.

Fantasia Film Fest @ various venues in the city. Until August 7th, our favourite Montreal film festival is here again with an exceptional schedule of new, old, controversial, local and foreign films at several wonderful (and air-conditioned, amirite?) downtown theatres. Tickets are cheap – this makes for a great heat-busting date night!

7pm. Spank! The Fifty Shades Parody @ Centaur Theatre, 453 Saint-Francois-Xavier. This musical parody of “Fifty Shades of Grey” hits a Montreal stage in participation with the Just For Laughs festival. $59. Tickets and show details here. The show runs until July 28.

9pm. 7th Annual Sexy Fundraiser and Calendar Release for Head and Hands @ Grumpy’s, 1242 Bishop. One of Montreal’s oldest non-profit organizations, Head and Hands has offered social services to disadvantaged youth since 1970. Help them celebrate their milestones with this annual fundraiser – pick up a sexy “Men of Grumpy’s” calendar while you’re at it!

2pm. Piknic électronik @ Parc Jean-Drapeau, If you are interested in dancing up a very-humid storm in a park accompanied by several fabulous DJs and all of Montreal’s youth, then you need to hit up Piknic at least once this summer, or every Sunday until September 22 if it’s REALLY your thing. This weekend’s line-up is particularly titillating. Daily entry is $12 + tax.

7:30pm. Shakespeare in the Park @ Théàtre de Verdure, Parc Lafontaine. It’s not too late to catch A Midsummer’s Night Dream, this year’s production of choice by the Repercussion Theatre Group. The play will take place in several Montreal parks until August 4. Check out the full schedule here.