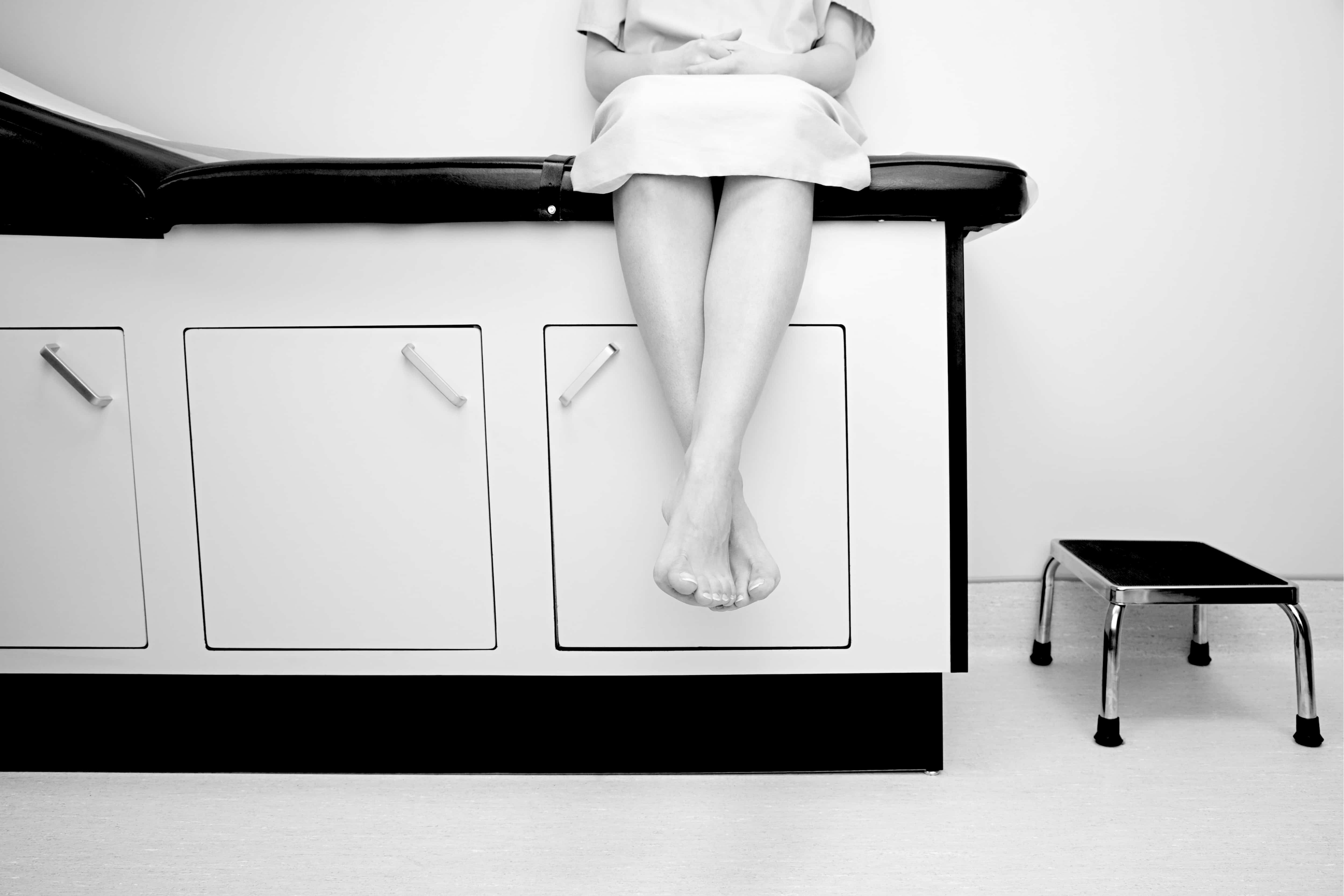 Morning Sickness: How I Finally Got the Care I Needed

Most people have felt a hangover or have eaten an “off” brisket at their mom’s house and the results of this–though they vary–are never good. While you’re getting sick, you know exactly what got you there. That’s what morning sickness is like, except instead of 24-42 hours of sickness, you are looking at 12-18 weeks. It seems like an unfathomable amount of time while you’re living through it–incapacitated and merely existing in a fog.

Some women feel nothing, others suffer minor symptoms, and some need to be hospitalized for dehydration. I am somewhere in between: I feel intense nausea all day, every day. I can’t move, I can barely talk, and I have no tolerance for anything, including my three-year-old son (the most heartbreaking piece of all of this).

I found out I was pregnant just days after a late period in mid-January. Initially, I felt fine, but then about a week later the morning sickness began. If last time was any indication, I would not be free of it until May. The thought of being that sick for that long was paralyzing and tear-inducing.

I started taking some leftover Diclectin I had. Diclectin was in the news recently because Toronto physician Dr. Nav Persaud dug through the papers on the study only to find that Diclectin has failed the clinical efficacy test it had set up for itself. The drug showed an improvement of 0.7 points instead of the three they were looking for. Instead of declaring the drug pointless, they changed the test parameters to suit the findings and then buried it. So the drug sucks and now we know it, and even the placebo is gone!

When I spoke to my midwife about my nausea, she told me to eat smaller, more frequent meals, which is like telling someone with E. coli to do the same. She then wrote me a prescription for Diclectin because–although proven to be ineffective–taking B vitamins is supposed to be good for nausea. I took it and it didn’t work.

My nausea kept getting worse and the list of things that made me want to hurl got longer and longer: my phone, my comfy pants, coffee shops, pellets of ice on the ground, and that is not to even mention food and smells. It had only been a week, how was I going to survive this for three months?

I looked online for answers. I even broke my cardinal rule and went on a couple of mom groups online, but the result was more nausea from reading the posts that included the vomit-inducing acronyms DD and DS (darling daughter and darling son). It just made me think of cults and Stepford wives. Aside from that, the advice was stupid: “Sniff lemons, eat lemons, slide a fresh lemon slice up your pussy.”

The following Saturday I was attending a children’s birthday party at a trampoline place in Leaside. I was a disgusting shade of green and had tunnel vision. By this point I had researched the next level of prescription drugs and consulted a pharmacist friend of mine. I left my kid at the party with a friend and my partner and I went to the nearest walk-in clinic.

I was seen by a female doctor who had suffered from severe Hyperemesis Gravidarum throughout her entire pregnancy. She told me there was nothing she could do for me in terms of a new prescription. I broke down.

She asked me to hold on for a moment while she consulted with the O.B. who had just happened to be in on a Saturday. She came back in and told me he would see me. It felt serendipitous.

I went into his office and he asked me some questions. I asked him about the drugs I had read about. We settled on Metonia, which is a “Category B” motility drug. In layman’s terms, it hasn’t been 100% cleared but is regarded as safe and it moves things along in your system. I took it as prescribed, but three days in I still felt horrible. I was back to square one.

I called Motherisk at Sickkids and they advised me to take an antacid along with my combo of Diclectin and Metonia in order for it to work. I rushed to the pharmacy and bought Zantac.

It’s been a few weeks and I don’t feel great but there has been a marked improvement. I still feel nauseous and drained and sure, a bit of barf came out of my nose and onto my yoga mat yesterday, but I am able to move from the sofa and do the things I need to do.

The thing that I don’t understand is why it took so many professionals and scraps of information from various places to help with such a pervasive and debilitating problem. It’s as if the sickness that comes with pregnancy is taken with levity in the medical community. Why didn’t the O.B. who gave me the prescription know that it needed to be taken with an antacid? Why wasn’t Metonia prescribed when it’s clear Diclectin doesn’t work? Why did it take sixty years for someone to uncover that study?

As with any health concern, it is important to advocate for yourself; don’t just accept something as your fate, unless you really want to. The best resource I have found is a Motherisk helpline that can help with solutions and give you the information you are looking for. Their number is (416) 813-6780. Get more info here.