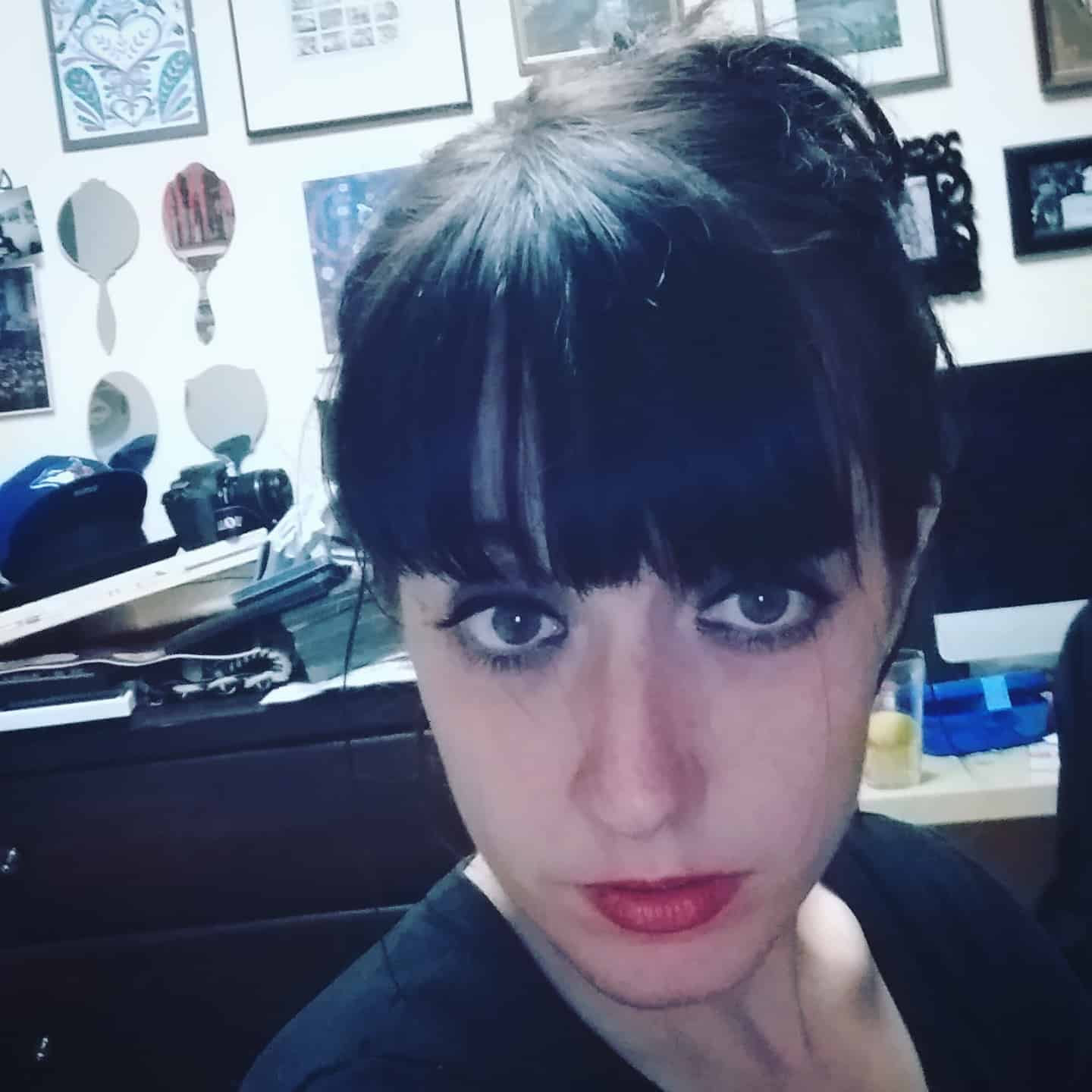 My Insecurity About Not Being a “Cool” 29-Year-Old Woman

Whenever I snap a gorgeous photo on my phone and proceed to Instagram the shot, I wonder if I’m doing it the correct way, and by the correct way I mean the cool way. Yes. I’m a soon-to-be 30-year-old adult woman and I continue to hope that I’m considered cool by my peers. I thought this feeling would fade as the grey hairs began to appear, but apparently not. I am going to question my coolness until the day that I die. Or at least until the day I hit my 70s when I no longer give a fuck about anything that isn’t chilling with my fellow 70-year-old babes and playing drunken Euchre (otherwise known as THE DREAM).

When I was in high school, I was obsessed with wearing outfits that would get an official nod from the punk rock teens I idolized. I went to a Catholic high school, so the days that we got to not wear uniforms were huge. It was an opportunity to show off your personality, your sick vibes and your ability to mix and match neon colours and argyle patterns.

Just as I wanted to stroll into school with an impressive studded belt and badass boot-leg pants and a red and black striped t-shirt à la Emily Strange (my icon), I presently want to Instagram a photo that will win literal and metaphorical hearts. This isn’t a great habit. You know, being overly concerned about what others think of you. I wouldn’t advise anyone to do it. It’s funny that I panic about not being cool, yet I spend all day arguing with men’s rights activities. I guarantee that I am not liked by those dudes. In fact, I’m probably hated by them. But the feeling is mutual. I couldn’t care less when I don’t want them within a mile of my existence. But the pals, colleagues and acquaintances whose company I enjoy? Damn, do I want them to adore me all of the time. I also want them to invite me to their loft parties and offer me their expensive pot and ask me to do shows in underground bars that I do not like. I WANT TO GO TO PLACES THAT I DON’T LIKE, OKAY? Or at least, I want to be included and then have the option to say no.

Thus, I obsess over the choices I make in any medium that could be deemed cool. Instagram is a platform that I waste a ton of time on, mostly asking myself questions like: Is this the filter that will be very good as defined by the trendy millennials of Toronto who I legit want approval from? Am I using the right emojis in the right symbolic matter? Should I post it as a square or more as a rectangle? Or should I include those white bars on the side like professional photographers do? What lingo is best for this caption? What does that abbreviated slang word I can’t remember mean again? This kind of manic mom-like thought process is one that I have often. Folks are surprised when I share that I have insecurity about possibly being perceived basic by those who society has deemed “not in the basic.”

Sometimes I just wish that I could close my eyes and order the brand of bathing suit that’s simultaneously ahead of the curve AND worn by lots of people AND not too many people though. I dream about being able to list off every single beer that’s brewed in this city and then name the individuals I have dated who brewed said beer. I fantasize about owning the vintage-iest pair of vintage glasses, which I wear as if my eyesight depended on it. I visualize waking up in the morning already wearing the current “in” lipstick of the season, which just so happens to be my natural lip colour. I imagine one day moving into an apartment with an indie musician where the walls are painted whatever shade will be most successful on Pinterest. I stroll in with a box of similar looking but also not similar at all antique picture frames all containing photos I took on a retro film camera. Also, in all of these situations I have a beautiful, artistic partner who makes me cooler by associative sex with them.

It’s an odd feeling, wanting to fit in as a full on grown-up in my late twenties. It’s even more odd knowing that I genuinely like who I am and what I do and how I think. I have a podcast about periods, which I love. I tell jokes about my vagina into a microphone on a nightly basis, which is incredibly fun. I write film scripts about threesomes and relationships and queer sexuality, which I’m most excited about these days. I was a part of a campaign to remove tax from menstruation products, which is more than exciting. IT’S LEGISLATION CHANGING. I do all of this while mostly wearing black pants and a white top. Also, I’ve gotten rather okay at cunnilingus. What I’m saying is if I heard my bio read off by a stranger and I wasn’t me I would be all, “GET THAT COOL WOMAN TO ME IN THE ASAP SO WE CAN BEGIN OUR OBVIOUSLY-GONNA HAPPEN LIFELONG FRIENDSHIP. THANKS.”

Yet, here I am, wondering if the Instagram filter I’ve chosen will get me a membership into the non-existent social media elite. Praying that I get invited to that party hosted by that person I’m not close with at all. Desperately seeking an invite to perform on a show that’s fine at a bar I don’t like produced by a comedian I could take or leave. I want to own the hottest seasonal makeup but at the same time I only want to wear red lipstick, since it’s my favourite. I need that bathing suit of the moment but I have this white suit that I bought from Walmart six years ago and it still looks great. I dream about listing off every single beer brewed in the city but I don’t even drink beer anymore as a result of brutal hangovers and bloated mornings and massive shits of the pants. Vintage glasses are swell but I don’t require glasses, and I’m going to guess that fake glasses still aren’t a positive. I like the navy blue walls of my current boudoir and the picture frames I stole from my mom and my awesome non-musician roommate. A beautiful, artistic partner sounds nice but…no, that just sounds nice. Please someone date my body already.

What I’m saying AGAIN is that I am fond of my person and the choices I make in regards to, well, everything. I had a revelation recently when a friend of mine, who is rather fashion forward, came by my house to hang out. I was wearing a cropped grey hoodie, which I’ve owned for literally eight years. I forgot I had it but it resurfaced recently, so I tossed it on cause I’ve always genuinely been a fan. Also, the weather was chilly. When my pal saw me, she said, “What is this new sweatshirt you have? It’s so trendy and so YOU.” She was complimenting me on my “trendy” clothing choice, which I hadn’t thought twice about it. It made me realize that maybe the already instinctual way that I live my life is the best way to live MY life. There is nothing wrong with how I dress or speak or Instagram. In fact, there is everything correct about it. Everything is correct about your life too, FYI. I personally 100% approve of who I am and what I do and this is gonna sound so lame but that is the only thing that matters. Yes, I basically just quoted a made for TV movie and that might not be cool, but damn, it is in my books.