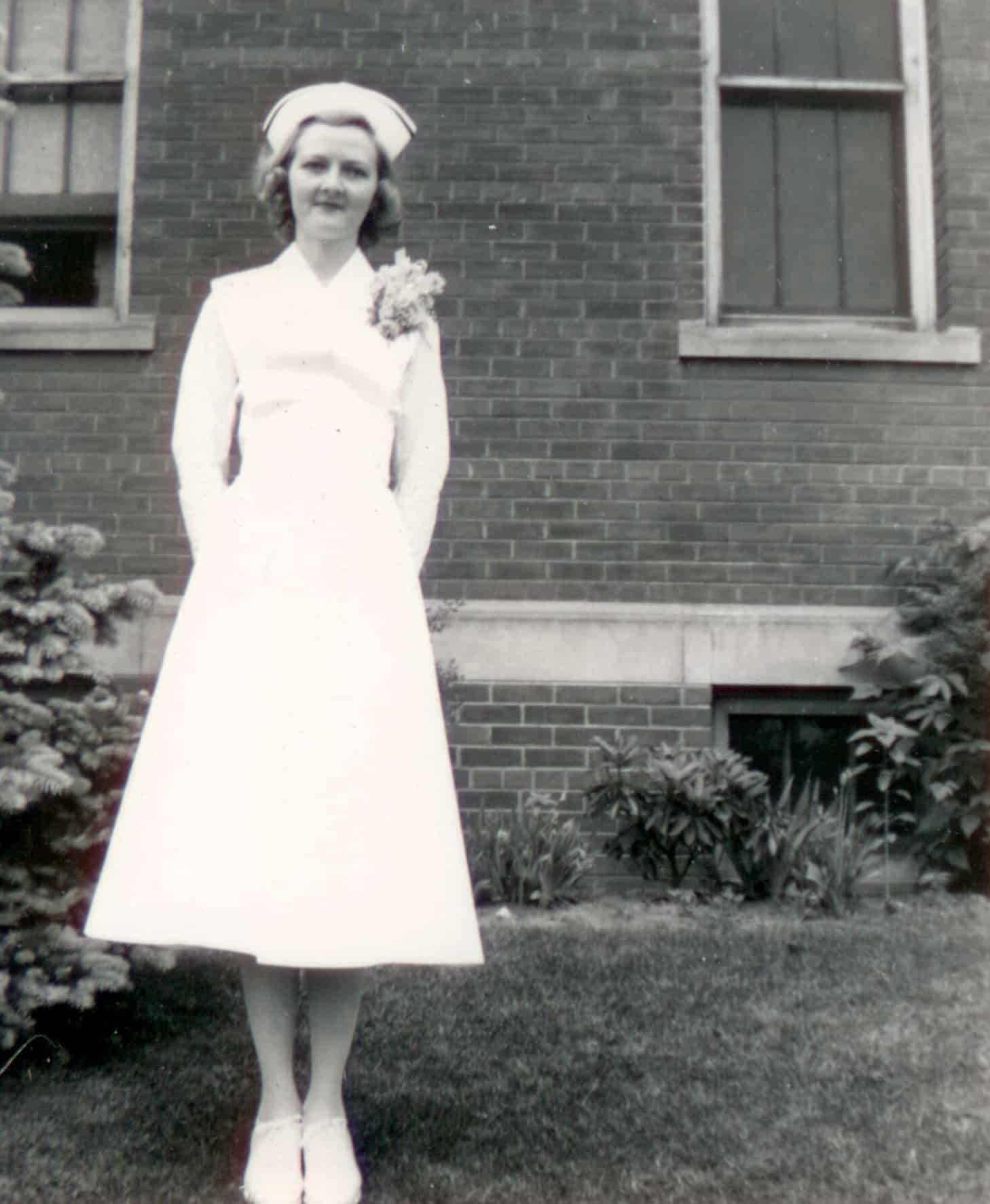 My Mother’s Closet: The Nurse Uniform

Our series, My Mother’s Closet, recalls women from our past, revealing their history through clothing, jewellery and items that we closely identify with them. In this installment, Chris Roberts (of The Leslieville Flea) gives us a window into her mother’s closet.

Growing up I didn’t think my mother’s style was extraordinary. She dressed pretty much like all the other moms in the neighbourhood in typical 1970s fashions. But recently, while looking through some pictures, I noticed something different: her pre-kid pictures reveal that my mom did have style, a style I might have adopted had I lived through the same era.

Mom grew up in the 1950s, and if the photos are speaking the truth, she had the BEST clothes: high-waisted pants, penny loafers, sweater sets and poodle skirts. She didn’t keep many of her pre-kid clothes, but looking through photos, I found that Mom was not only super stylish, she was also a total babe! Blonde hair, small waist and legs up to there. Maybe I’m glad she didn’t hang onto those vintage pieces because they would not have fit me and that would be hard to deal with as a teenager! 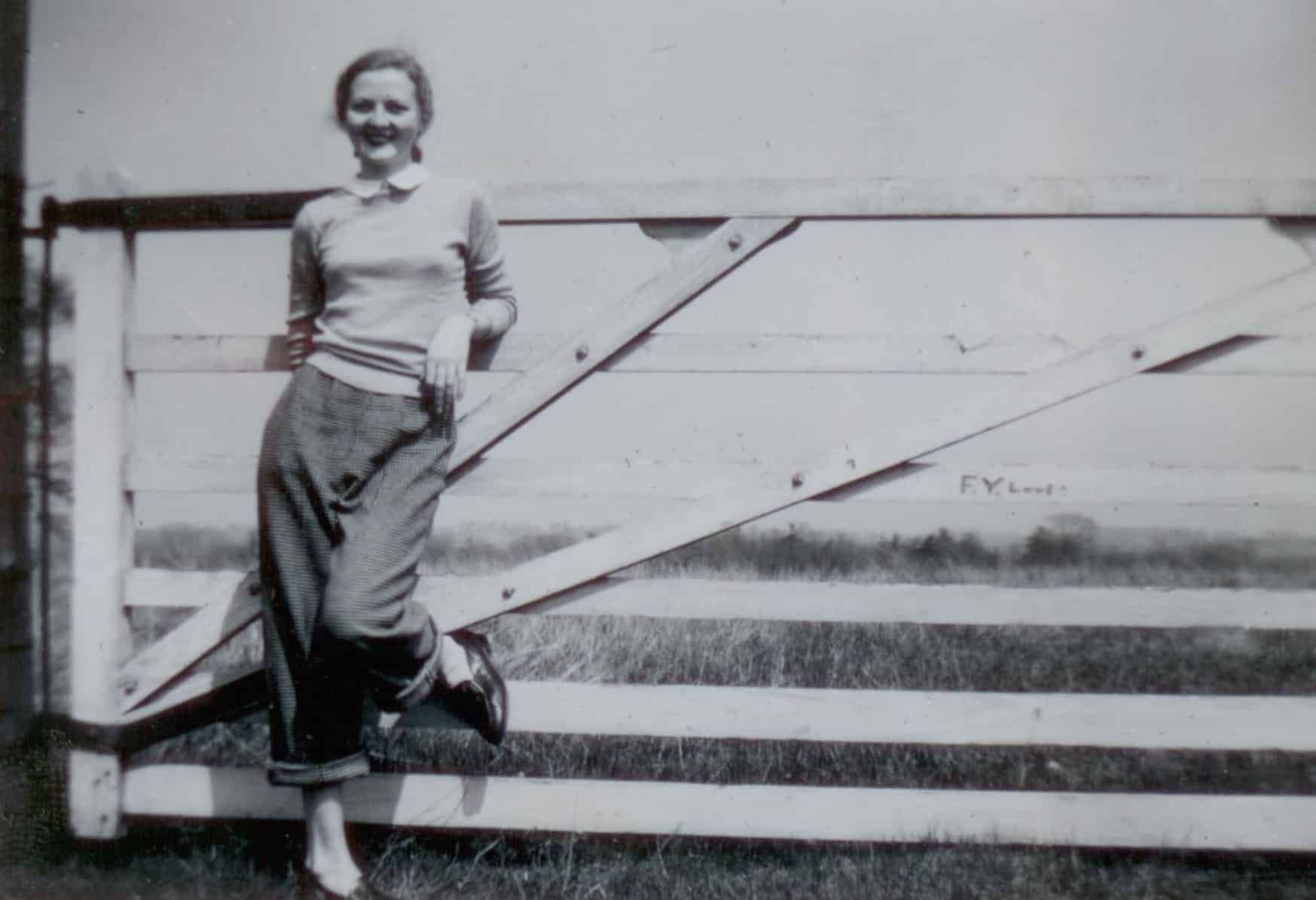 One item she did keep in her closet was her old nurse’s uniform. You know the one you see in all the movies? It had a cap and everything. To me, as a kid, it was amazing. Sometimes I would try it on when she wasn’t home and walk around tending to patients (mostly my stuffed animals).

My mom did her nurses training at East General Hospital. After graduation she picked up and moved with some nursing friends to California to work. For a single woman to move across the continent and work was radical and I think she lived quite a different life down there. According to my aunt, Mom came home with a big rock on her finger, engaged to a Texan who was in the navy. After a brief time, she broke off that engagement, got restless and headed back west to work again. To pay the way, she and a girlfriend drove a car for an automotive company from Detroit to Seattle, then hopped on a bus to Vancouver and got a job in the hospital there. She came home to Toronto for my aunt’s wedding about a year later, became a public health nurse, met my dad and the rest is history. I sometimes wonder if I get my love of adventure, travel and California from her. 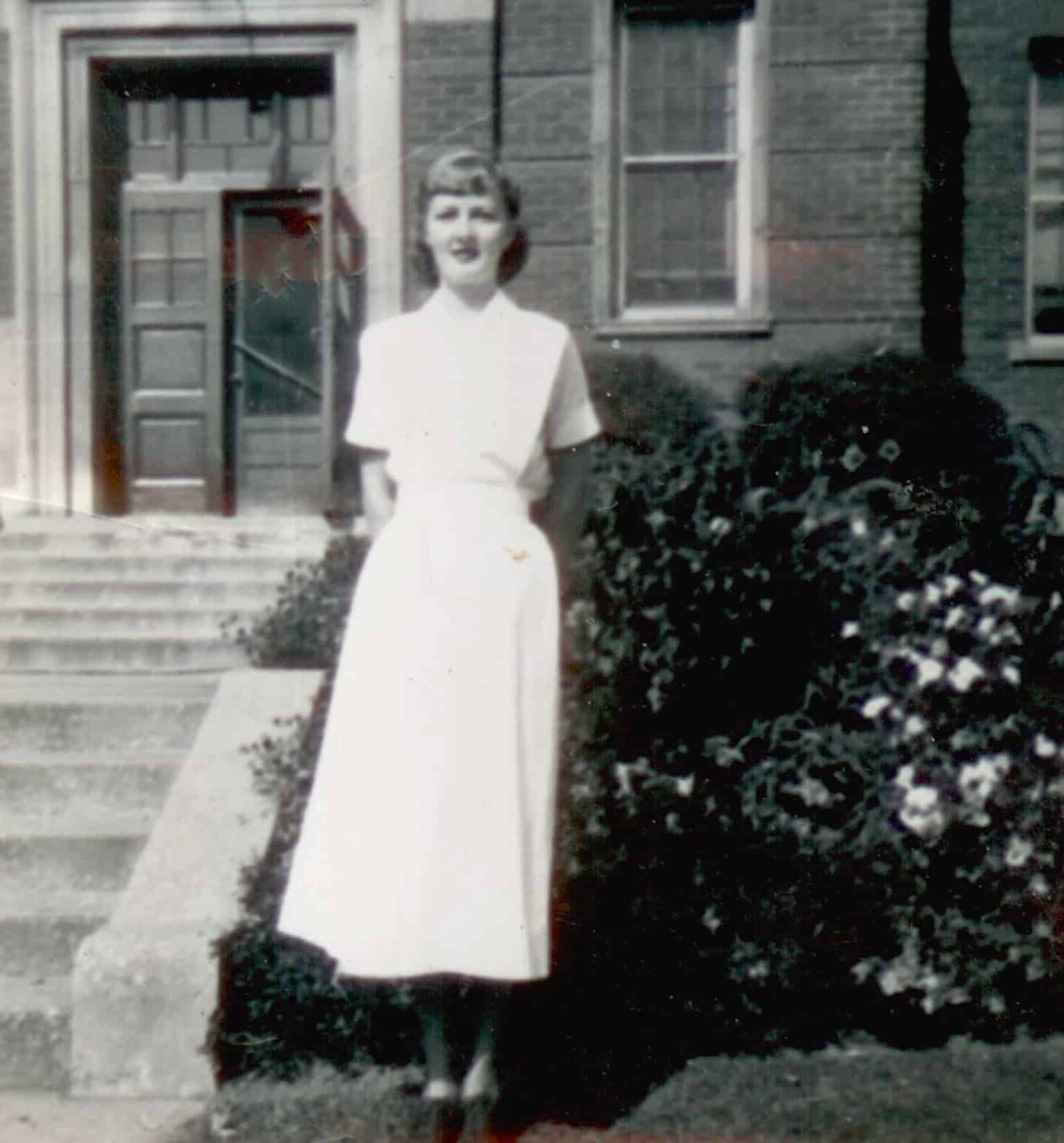 She worked full-time until after her second child was born, then later in a local doctor’s office as a nurse. When I was in grade six, my mom, then in her mid-fifties, went back to school at George Brown to be re-certified. It was a very brave thing to do–she studied for two years part-time. Most of the other students were in their twenties. But she succeeded, graduated and worked at various hospitals until she retired. The other nurses adored her, and we were all proud of her too. 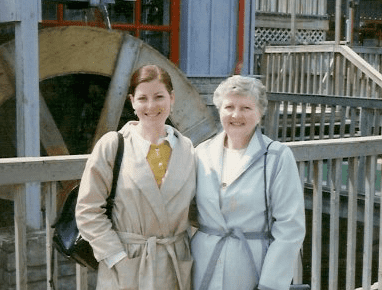 My mom passed away three years ago. I love looking back at these photos even more now. The nurse’s hat and uniform were just cool dress-up clothes for me as a kid but as an adult I now realize what it said about my mom. It said that Ruth Duncan was an independent woman who made her own path and lived life according to her own rules.