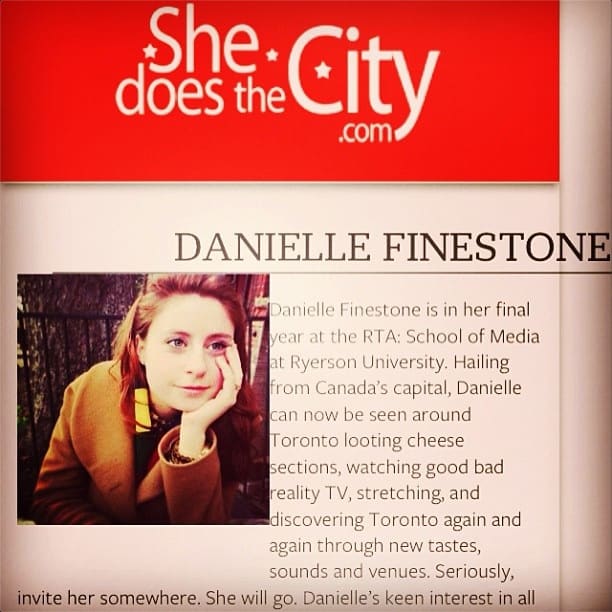 My One-Year Anniversary with Shedoesthecity

2013 was monumental. The vision I have of the year’s beginning is of me ringing in the New Year by dancing on a chair at my best friend’s house party. The year started with a bang in other ways, too, which led me to write my first article on the art of severing ties with a once-loved one. I had no idea what I was doing when I sent my first and only written work to Shedoesthecity—other than the fact that it was therapeutic to write and that it might help others in similar situations. That is, if the article ever saw the light of day. Well, it did, on January 31st, 2013, making today my one year anniversary with Shedoesthecity!

From that first article, the ball kept rolling. Not only was I writing weekly how-to’s that gave me an incredible sense of accomplishment each time I saw my name in type, but writing also helped me move further away from the original subject matter. I tried to decode keeping up friendships, work, life-lessons and aspects of things that I felt like I had somewhat mastered. I come from extremely emotionally intelligent parents who always took the time to hammer human decency  and a work ethic into my brain (whether I chose to put them both into practice or not). As the youngest of three, I tried to learn from my siblings’ experiences and realized just how differently everyone operates. I can be like a sponge and suddenly, years later, I had an outlet for it all.

Next came some event coverage! But I went to Ryerson University for Radio and Television, not Journalism, so there was an industry to learn. Before, it was like sending in pages of my diary. Now, there were real people to interact with and people counting on me to bring back the bacon! The first event I covered was a Wild Belle and Toro Y Moi concert at Lee’s Palace. Before the show, I got to interview Natalie Bergman of Wild Belle. I had never done a real interview before. But! Over the years, I have learned that when I find myself doing something that I am terrified of, it is usually a good decision to run into the flames. You are terrified because you care. And when you care enough, you will find a way to succeed. It went well; they kept letting me cover events on behalf of Shedoesthecity. I even got to write throughout my backpacking travels! Especially at the beginning, I don’t think I ever said no to attending something, so that lead me to wine tastings, fashion previews, breaking a Guinness World Record, and riding shotgun in a race car.

The next and current chapter is Ladies Who Lead. It was an idea born in a coffee shop by me, an unemployed recent university graduate at the time, and editor Jen McNeely. It could have been the solution to my unemployment problem! Young girl seeks out established up-and-comers in interesting fields and ropes them into hiring her. Luckily, soon after, I took on some freelance work. Then I got the chance to return to a previous internship but in a full-time, Marketing Coordinator capacity, tooting my Shedoesthecity horn in every interview. Even so, Ladies Who Lead has continued on and my favourite part about the column is the advice that I get to uncover. I love speaking with these inspiring women and finding out that a stylist purposely wears clothes with pockets or that a food personality has a past as a globetrotting singer, or when a jewelry designer shares where to get help with a business plan. Every interview subject comes to me in a completely different way and though it is difficult at times to juggle a full time job with an interview series and the occasional event coverage—it’s always worth it. So… Let’s break it down.

Accomplishments of the Past 365 Days (In Order of Appearance)

2. Surviving two amazing months of backpacking (People thought I might die when they found out we had no itinerary—but I didn’t!)

6. Moving apartments on my own (No parental minivan—no problem!)

In short, thank you, 2013. I have never been so independent, so challenged and so proud to look back on a span of time. And Shedoesthecity played an integral role throughout the climb. I feel rich. Not just because I can pay my own rent and maybe buy a pair of boots afterwards, but because I collected experiences and have never learned more than I have during this past year. Friendships have deepened, work is so satisfying, love is in the air and family time has never been more valuable and appreciated. There were bumps and bruises along the way, but I took each scrape and decided it would not make my year. I would make my year.