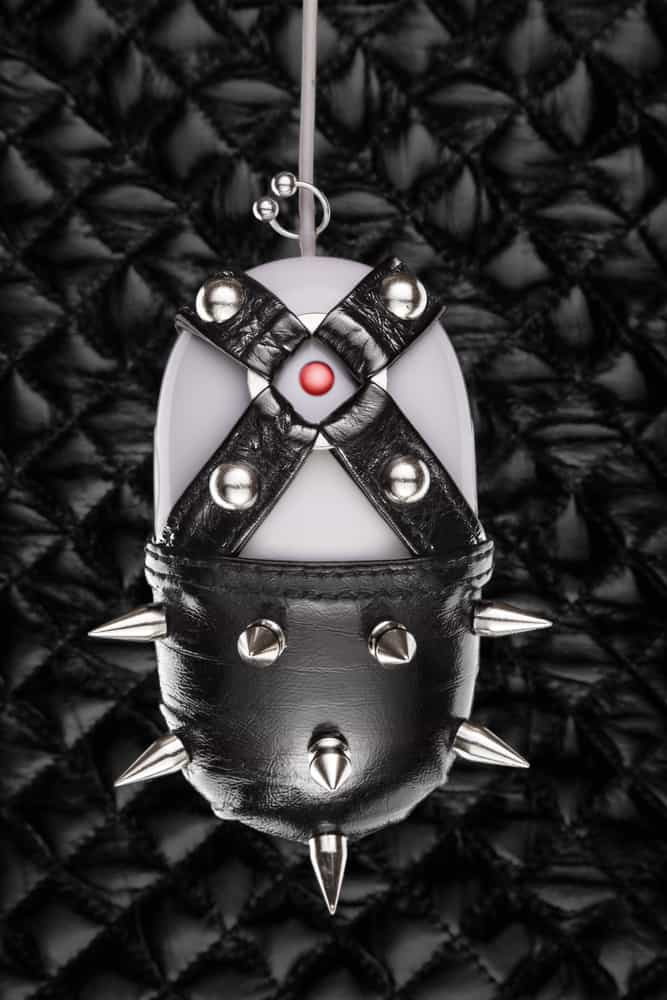 "This woman was lowering herself into the sewers of my mind, sloshing about in my emotional effluent, attempting to dissolve the fatbergs of my bad behaviours. What’s Lynne’s deal, I thought. Who is Lynne? Then I did something that I strongly recommend none of you ever do."
Sex & Relationships

Never Google Your Therapist, a Lesson From Alice

For a few weeks I’d been feeling really bad. That kind of knocked-off-kilter bad where no matter how hard you try you can’t quite get a handle on it. My heart felt literally heavy in my chest. Some days leaving the house felt like running a marathon. So I decided to book an appointment with a therapist. I know a therapist isn’t a magician who can wave a magic wand and rip a raging, fang-toothed bunny rabbit from the black hat of one’s psyche, but I thought anything was worth a try.

After looking at a website on which therapists flaunted their wares exactly like profiles on a dating website, I wrote to one. Unfortunately, in the confusion, I wrote to her a bit like I was asking her out on a date. She didn’t reply, but luckily, I also sent a message to two other therapists, in a way that was much more like I was just asking them to be my therapist. The first one to reply was the one that I went to see.

In my first session, the therapist—let’s call her Lynne*—asked me lots of questions about my childhood and why I’d come to find myself in her front room, with its battered sofa and crocheted throws, incense sticks, and bookshelves full of Terry Pratchett novels. During that first session I cried a lot. I started about 15 minutes in and powered through until the very end. At some point, tears running down my cheeks and snotty-nosed, I asked “Does everybody cry?”, “It doesn’t matter what everybody else does, Alice” Lynne replied, “That means no,” I said, and burst into tears with renewed vigour.

The truth is I was glad to be able to fall apart in that contained time and space, in the hope that I wouldn’t fall apart in my actual real life. Lynne let me whinge and cry; she asked me questions like “how does that make you feel?”, and empathized in her slow, calm voice. It feels so good to have somebody acknowledge the things you’ve felt and the things that you’ve found difficult. And just to have somebody listen to you, really listen, for an hour straight.

After the first two sessions, I was pretty happy with how it was going, but I was becoming more and more curious about Lynne. This woman was lowering herself into the sewers of my mind, sloshing about in my emotional effluent, attempting to dissolve the fatbergs of my bad behaviours. What’s Lynne’s deal, I thought. Who is Lynne? Then I did something that I strongly recommend none of you ever do: I Googled my therapist. Pause here for a deep breath.

I’m not sure what I was hoping for. Maybe an account on The Twitter, where I could see Lynne cracking a few therapist jokes with her chums—‘you don’t have to be mad to work here, but it’s actually quite helpful if you used to be quite mad because it gives you more empathy, amirite guys?’—just so I could know she had a sense of humour and some friends. The first couple of links were a counselling directory and her own personal website, and then underneath that, a link to an article written for Therapy Today. Obviously this was the link I clicked on. The article was about offering therapy to clients who were into kink, or BDSM, or sado-masochistic sex or whatever you wanna call it. In the article, my therapist says that she practises this stuff. She’s a BDSM participant, an SMer, a kinkster. And suddenly my hippy, gentle-voiced therapist is a wild deviant, a participant in the sexual fringes, a female Christian Grey. My mind sweeps down from the beaten up sofa in her front room, and into her basement. Is there someone tied up down there with an orange in their mouth whilst I’m crying about my mother? Is that why she’s in a hurry to get me out at the end of a session? Because she has to go and check that Colin is still breathing? My mind exploded.

I was a bit freaked out, to be honest. First of all, this discovery marked a paradigm shift in the way I thought about Lynne, who I’d never thought about in a remotely sexual context until that moment. It also forced me to think about her as a real, whole human being. She was no longer a neutral pool in which I could bathe away all my problems. She was now a real woman, with thoughts and feelings, and well, probably a rubber catsuit and a whip. I did also worry that she’d think I was extremely vanilla if I ever brought up my own sex life. Instead of worrying about whether she’d think I was weird, I started to worry that she’d just think I was dull.

After my initial freak out, I thought more about my therapist’s kinky identity. What she does in her private life is no concern of mine. I’m not opposed to the idea of BDSM as a thing. It’s a practise that takes place between consenting adults, after all. In fact, the article talked about how participants often had in-depth discussions about boundaries and always had a safe word handy to stop anything they felt uncomfortable with. Plus, I’d much rather somebody was open-minded about sexuality in general. I made the decision that I would have to tell Lynne what I’d found out, otherwise I knew I’d be sitting there every session, wondering about Colin in the basement. Therapy is all about trying to be as honest about your feelings as you can, and I thought if I didn’t own up to this, somehow it would put a spanner in the works. Therapy is really pricey—you don’t want to go and not be getting anything done. And maybe a tiny part of this all was a test for Lynne, because she already knows most of my secrets.

Here follows a transcript of our conversation, to the best of my memory:

Lynne: Yes, but it sounds like you don’t want to.

Me: Well, it’s just more responsibility, isn’t it? Anyway, I feel like I should confess something to you.

Me: Obviously you know lots about me and I don’t know anything about you.

Lynne: That’s not true, you see my rickety old house with the door handles falling off, and you see the books on my shelves.

Me: Yeah, I guess, but the relationship is imbalanced. I don’t say “so, how are you?”.

Lynne: No, but you don’t have to. It took me a long time to realise that in life people often ask you how you are but don’t really want to know the answer.

Me: I normally tell them anyway.

Me: If you’re trying to form a real connection with somebody it’s important to be honest, isn’t it? Not if it’s just the newsagent, sure, but if you want a proper bond with someone you should tell them how you really are.

Lynne: Honesty is important, then?

Lynne: And how did it make you feel?

Me: Well, it freaked me out because I don’t think of you in that context. Then I though more about it and I thought it doesn’t affect our sessions, and part of the reason I chose you in the first place is because I saw you had some kind of sexuality training and weren’t a prejudiced person.

Lynne: Part of the reason I wrote that article is because I thought more therapists should be out about their sexuality, particularly for any kind of queer client… I didn’t realize quite so many people would read the article. But I’m glad you did, because now you know something real and honest about me.

And that’s Lynne, smashing it outta the park, reaction-wise. What a woman. I’m so glad I found her. I just really hope that she never Googles me.

*Lynne is not her real name, but it seems therapist-y, right?

"This woman was lowering herself into the sewers of my mind, sloshing about in my emotional effluent, attempting to dissolve the fatbergs of my bad behaviours. What’s Lynne’s deal, I thought. Who is Lynne? Then I did something that I strongly recommend none of you ever do."