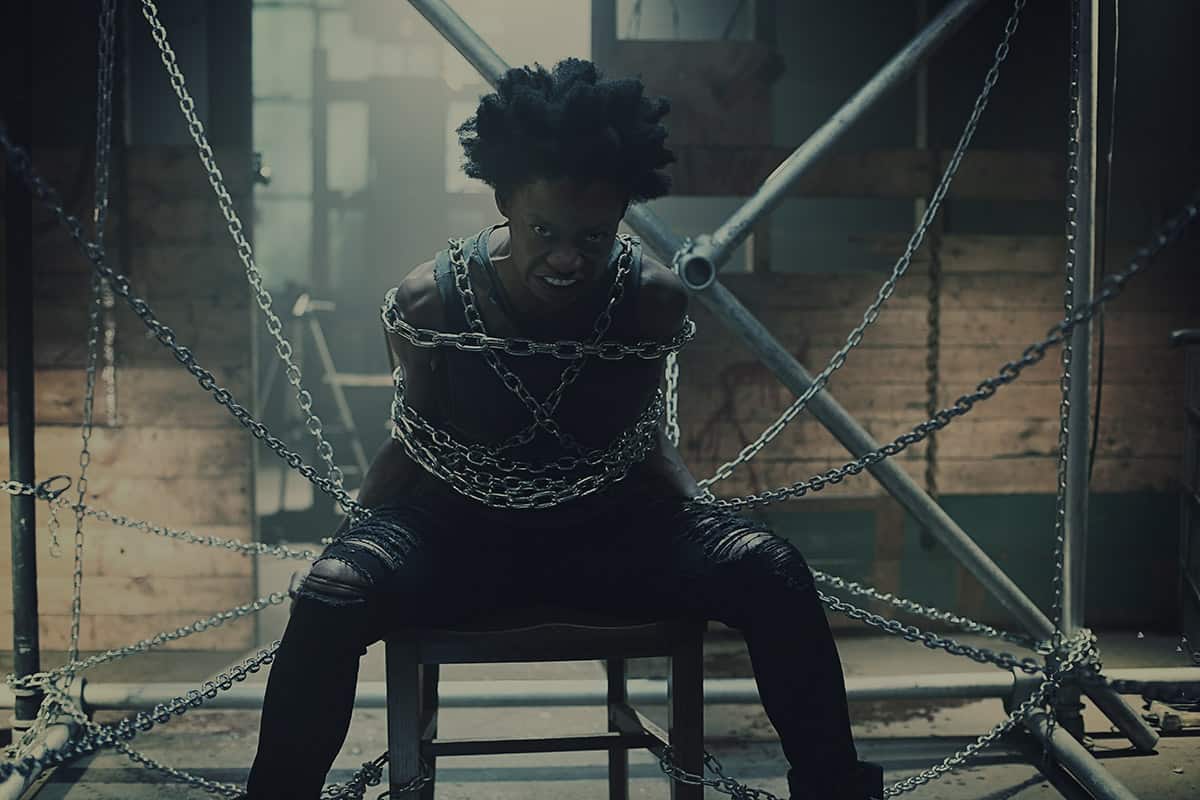 Having worked together in Darken, Audrey wouldn’t agree to direct the feature unless Oluniké agreed to play the lead role. They work well together, and Audrey immediately understood how talented Oluniké was. “When she saw me, she saw my talents first, and not the colour of my skin,” says Adeliyi. “She’s continued to always put me forward. I never feel like she’s trying to be a part of a trend or doing some ‘diverse time’; she looks for the best talent, who just happens to be Black.”

The respect is mutual, and they also share a deep appreciation for scripts that bring to life interesting female characters who don’t play the victim. “Audrey focuses on the human plight of human behaviour, she likes strong characters who are also extremely vulnerable,” says Adeliyi.

Off the bat, it’s obvious that Lacey is far more complex and interesting than the characters in your run-of-the-mill zombie flick. And while you may assume that horror is all guts and gore, this film goes beyond. “She reminded me of Michelle from The Walking Dead,” says Adeliyi of her character, “because of the warrior stance that she has… she’s a survivor, and an overcomer”.

While horror wasn’t a genre she grew up with, Adeliyi is enjoying pushing herself creatively within this space. “It can go so many places! The stories are endless. The characters are endless. When I started to make them, I saw how cool it was. it touches so many people globally, it’s a really big genre and I was not aware of how amazing the fans are. They come out and they are dedicated.” Of course, there’s plenty for classic horror fans to dig their teeth into; like when Lacey sets out with grim determination to suck on victims’ finger bones for their nutrient-rich marrow.

While that was fun to shoot, there was a lot of serious preparation for the role. “I see it like brain surgery–you prepare to take on an actual life, with a soul and complications just like everyone else.” As with all her prep work, Adeliyi asks a lot of questions to understand who she is becoming: Who is this person? What’s important to them? What happened in their life? What’s their trauma? Her commitment to the craft is unwavering. Every glare, every subtle expression offers a story in itself. Her performance in She Never Died is one that we cannot look away from.

She Never Died is now playing in select theatres. Watch the trailer here.