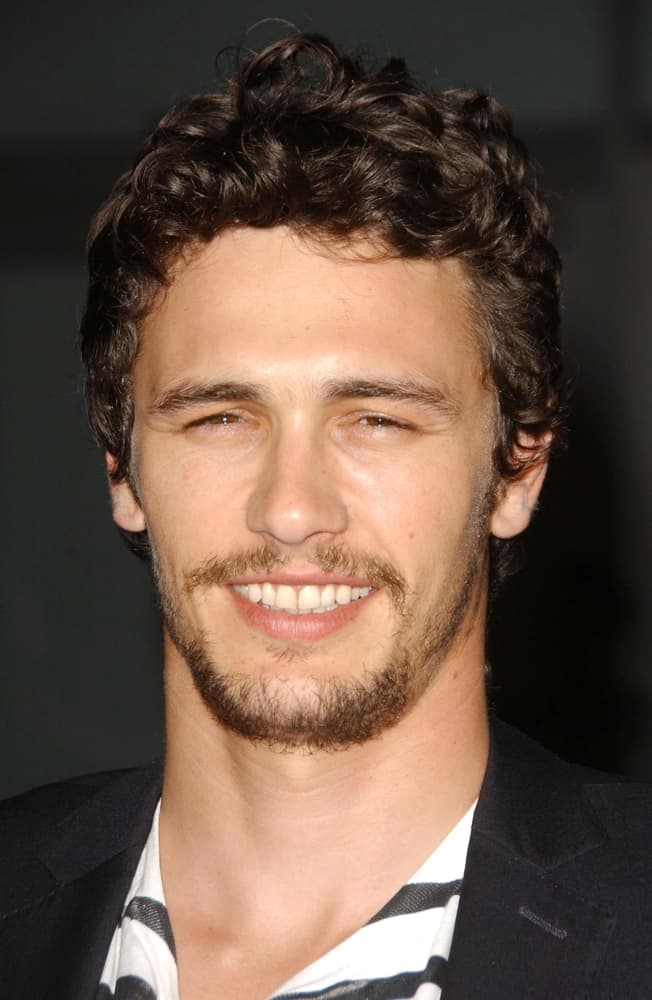 "The friendly celeb betrayed by the nice girl he was only trying to get to know, alone in another hotel room while her parents slept upstairs. Kelly gets it. Michael gets it. Boys will be boys."
Life Stories

On James Franco, Rape Culture, and This Video of Him Laughing With Kelly Ripa

"The friendly celeb betrayed by the nice girl he was only trying to get to know, alone in another hotel room while her parents slept upstairs. Kelly gets it. Michael gets it. Boys will be boys."

How many times have those words prefaced something horrible, something that can’t be taken back? That won’t be told, not for years maybe, not ever?

His questions are pressing and insistent. Within a few messages of “hi” is the implied question “when can I meet you for sex.” When the 17 year old expresses concern that this behaviour is “dodgy,” he—the handsome older celebrity she had been excited to meet, hours before outside the theatre—threatens to leave. She suggests she’ll come back when she’s 18, aware of the law (where she’s from), aware how this looks, keenly aware of how it feels, which is “not right.” Later she does what teens do, updating her friends on the day’s events via social media: “rejecting james franco has to be the hardest thing I’ve ever done.”

How many young women have been unable to do it? Have felt cool and pretty and wanted by one of the most famous movie stars of the present day? Via Instagram, Twitter, and other social media celebrities receive a constant stream of adoration, adulation and propositions from fans of all ages. While this particular offer was made to a teen he met in a group of fans, on an average day how many teens find him on their own initiative? What conversations are they having? Where are their rooms? Scrolling through the pages of pretty young women he’s following on Instagram, I can’t help but think of Franco’s numerous sojourns at university campuses as both a professor and a student in a very different light.

When the story broke, many wondered if it was a hoax. A “performance art” piece, perhaps, or worse, a tacky-yet-effective publicity stunt— the story broke on April 1, the same day the trailer was released for Palo Alto, a new film starring Franco as a high school soccer coach who has an affair with a teen student. The film is based on stories he wrote.

His response to the situation has so far been ineloquent and clunky, a far cry from his usual New York Times-endorsed grad school verbosity. (Of fellow actor-turned-performance-artist-turned-embarrassing-jerk Shia Laboeuf’s recent paper bag antics he wrote, “Participating in this call and response is a kind of critique, a way to show up the media by allowing their oversize responses to essentially trivial actions to reveal the emptiness of their raison d’être.”) First was the tweet: “I HOPE PARENTS KEEP THEIR TEENS AWAY FROM ME. Thank you.” Now there is this:

Perfect. He’s handled this “perfectly.” Everybody. “It happens to everybody.” Movie Star. “Remember that this guy is a movie star??”

The lesson here is not that it’s wrong to proposition a teenager as an older man in a culturally instated and protected position of power. It’s that it’s a bit embarrassing to get caught. Ha ha, poor James Franco has momentarily become “a model of how social media is tricky.” The friendly celeb betrayed by the nice girl he was only trying to get to know, alone in another hotel room while her parents slept upstairs. Kelly gets it. Michael gets it. Boys will be boys.

He says he’s embarrassed, but what he looks is smug. When he says “I used bad judgement and I learned my lesson,” it feels distinctly like the lesson is that he will be more careful next time. That he will find a meeker, shyer target. That he will use a different name. That he will maybe check that they’re over 18 more carefully. It does not sound like he will stop trying to “meet people” online, and why should he? We do not punish famous men, not really. How many times per year does a sex scandal featuring a powerful man and an average woman (Younger, usually. An employee, often. A fan.) rise up and fade into obscurity? Think of the famous men whose careers have remained more or less untainted despite sexual harassment scandals and lawsuits. Bill Clinton. John Travolta. David Letterman. Bill O’Reilly. Untold others who were smarter about social media. Remember how mad we all were about Woody Allen for a week or so? Oooh boy did we write some thinkpieces about that. Anyway, who wants to come over and watch Manhattan this weekend?

And it’s not just famous men, of course. Lucy Clode’s friends probably all have their own stories about attention they didn’t want from older men they didn’t know.

Watching Franco and the audience and the bright-eyed morning show hosts laugh away this “embarrassing” moment on national television makes me feel sick. Sure, there are worse things in the world than an almost-18 year-old getting flirted with by an older man. The age of consent in New York is 17. And I’m sure it’s lonelier than you’d think to be James Franco. While the individual incident is gross, and certainly indicative of deeply bad judgement on Franco’s part, the real issue is that it is not an individual incident, not by a long shot. This is not the first time Franco has done this, and he’s not the first person to do it, either. Our culture glorifies and glamorizes young female sexuality, and challenges the masculinity of men not constantly on the hunt for youthful, hot conquests. Women are encouraged to be quiet sexual objects, men voracious consumers of attractive ass. Why are we this way? and what are the alternatives? are questions it’s best not to ask. Too embarrassing.

When Ripa says “Everybody does it,” she proves her own point. In attempting to explain away Franco’s behaviour, she reminds us all that this situation (and worse, much worse) is all too common, that it happens around us, to our family and friends and to strangers on the subway all the time. And that that’s fine with us. Because James Franco is a “victim” of social media, here. Because when a teenage girl is drugged and raped, CNN bemoans the “ruined” “promising futures” of her rapists. Because when Daisy Coleman tried to speak out against her attacker, her entire family faced further harassment online and in their daily lives. Franco’s clumsy propositioning of a teenage fan is not the same thing as the Steubenville rapes or Woody Allen’s child molestation or David Letterman’s alleged longstanding affairs with female staff members, but all of it intersects to form a narrative telling young women that society doesn’t care about their side of things. That this is nothing, it happens to everybody, “dont tell.”

Robyn Doolittle on Sexual Assault, #MeToo & Her New Book “Had It Coming”