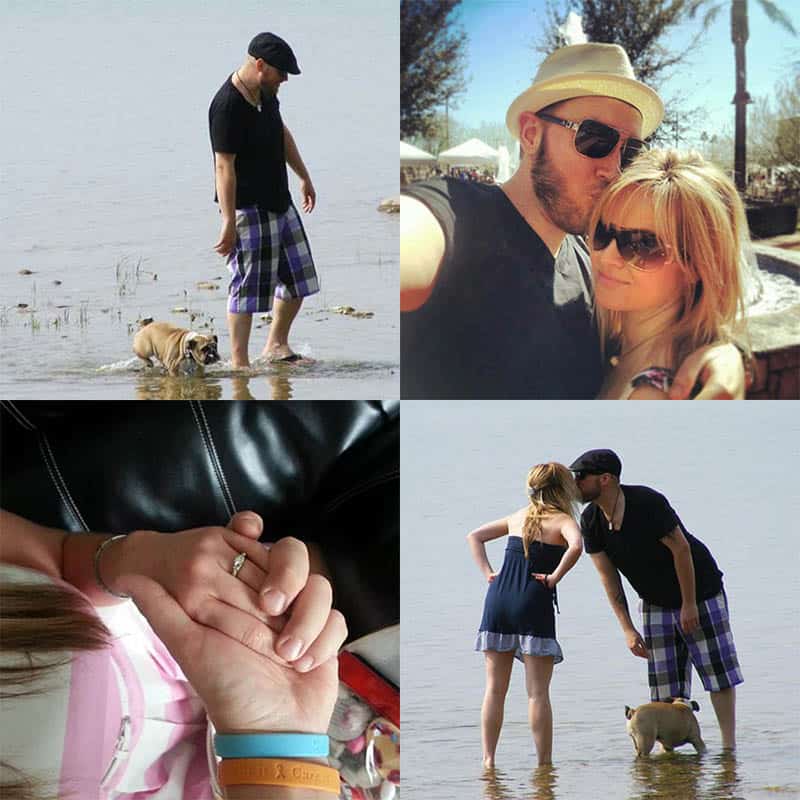 One Match: Why you should consider stem cell donation

It never really occurred to me to donate stem cells.

For one thing, I’ve been scared shitless by the mythology of painful bone marrow extractions and broken hips. It’s also not something most people think about until it affects them or somebody they know.

Enter a spunky, fun-loving, and all-around-lovely individual by the name of Chris Taylor: Devoted fiancé to my friend Michelle, dad to a beautiful bulldog pup, and longtime manager of one of Toronto’s favourite watering holes, Grace O’Malleys.

He’s just been diagnosed with Leukemia, again. Only this time, he’s got a 40 to 50 percent chance of surviving, and only if he can find a stem cell transplant donor match. If he can’t, there’s not much else that can be done for him.

How does one react to getting this kind of bad news? Well, on the day that Chris received his test results, he went to a birthday party for his fiance’s best friend. I couldn’t believe my eyes. It was absolutely beyond me how anybody could do anything but weep in fetal position under such circumstance. Not Chris. There he was being fun and funny, interacting with party guests, and celebrating his friend without attracting any attention to himself, his fear, or the pain he was in. And that’s all I need to say about Chris; there is no better testament of this man’s character and strength.

So what can we do? Well, if you’re between 17 and 35 you can sign up with OneMatch Stem Cell and Marrow Network online. It’s a Canadian Blood Services program dedicated to finding healthy, committed donors for patients in need of stem cell transplants.

I was shocked at how simple the process of signing up with OneMatch, and actually donating stem cells, has become. OneMatch will ask you to fill out a 10-question knowledge test. Super easy if you’ve read through their website. Next, you will be asked to fill out an online health assessment and consent form. Equally easy and quick.

Somebody from the organization will then contact you within eight to 10 days to discuss your eligibility to receive a buccal swab kit and proceed with your enrolment. When you receive it in the mail, all you have to do is swab inside your mouth a couple times. That’s it. You then send the results back to be kept on file.

But how are the stem cells collected from you? There are two methods, and neither involves medieval torture.

The first way to donate stem cells is through your circulating blood (also called peripheral blood if you want to sound smart). You will receive injections of a drug called granulocyte colony stimulating factor (G-CSF) for four or five days to increase the number of stem cells in your blood. The stem cells are then collected using a simple intravenous procedure. This is a non-surgical procedure with only a few possible short-term side effects like muscle pain, mild headaches, and other flu-like symptoms that will subside after 48 hours at the most.

The second method involving bone marrow stem cell donation is a bit more complex, and is a surgical procedure performed under general anesthesia. It takes between 60 and 90 minutes, during which a physician withdraws liquid marrow and blood from the back of your pelvic bone, which your body fully replenishes within six weeks.

Not gonna lie: the latter freaked the shit out of me. I immediately emailed Chris’ fiancé Michelle to ask if we get a choice between the two. We don’t. It’s up to the doctor’s discretion. I asked about pain factor and healing time. “It’s no walk in the park,” she wrote, and mentioned that Chris has undergone the procedure seven times already, in addition to everything else that’s he’s had to endure. SO, there’s that. Kind of puts everything else in perspective. I felt like a fool for even asking, but the lesson was learned.

Sadly, it’s not as simple as convincing your blood relatives to donate. Less than 30 percent of people in need of stem cell transplants find a compatible donor within the family. Some patients with unusual antigens (genetic markers inherited from biological parents) might never even find a match. That’s why OneMatch relies on volunteers to provide a database of as many diverse antigens as possible.

I know that statistically I run a miniscule chance of being a match for Chris, but I could be a match for somebody else. For somebody’s child, parent, spouse, cousin, or best friend—making my decision to experience a little bit of discomfort that much easier.