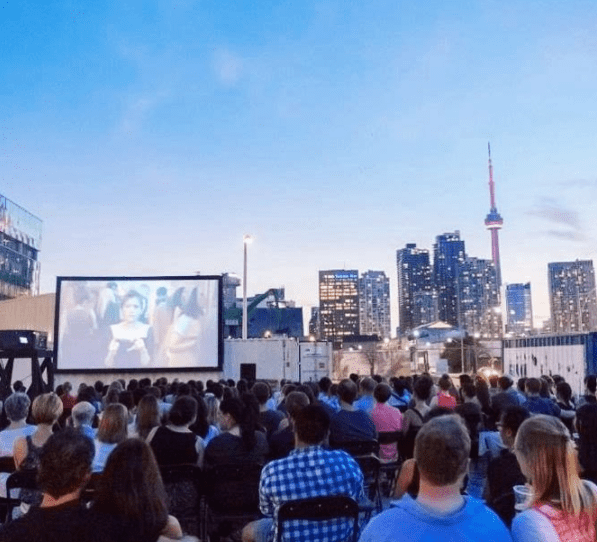 For lovers of indie film and music, Toronto’s Open Roof Festival is just the ticket.

The festival kicks off on June 27th, with outdoor screenings and performances every Tuesday for ten weeks. This year’s films include The Bad Batch, Free Fire, Get Out, Brimstone & Glory, It Comes At Night, The Sundowners, and more. Performers include Luke Lalonde, Tomi Swick, Blonde Elvis and Language Arts (among others).

The first film is Colossal, featuring Anne Hathaway as Gloria – a small town girl who loses her job and is kicked out of her boyfriend’s apartment. She leaves her life in New York and moves back to her home, eventually coming to the realization that she is somehow connected to a giant creature that is destroying Seoul, Korea.

ORF will once again return to 99 Sudbury (near Queen & Dovercourt). Sip on beers from Amsterdam Brewing and dine alfresco w/ offerings from Toben Food by Design food truck. This is a sure bet for date night or hangs with friends.