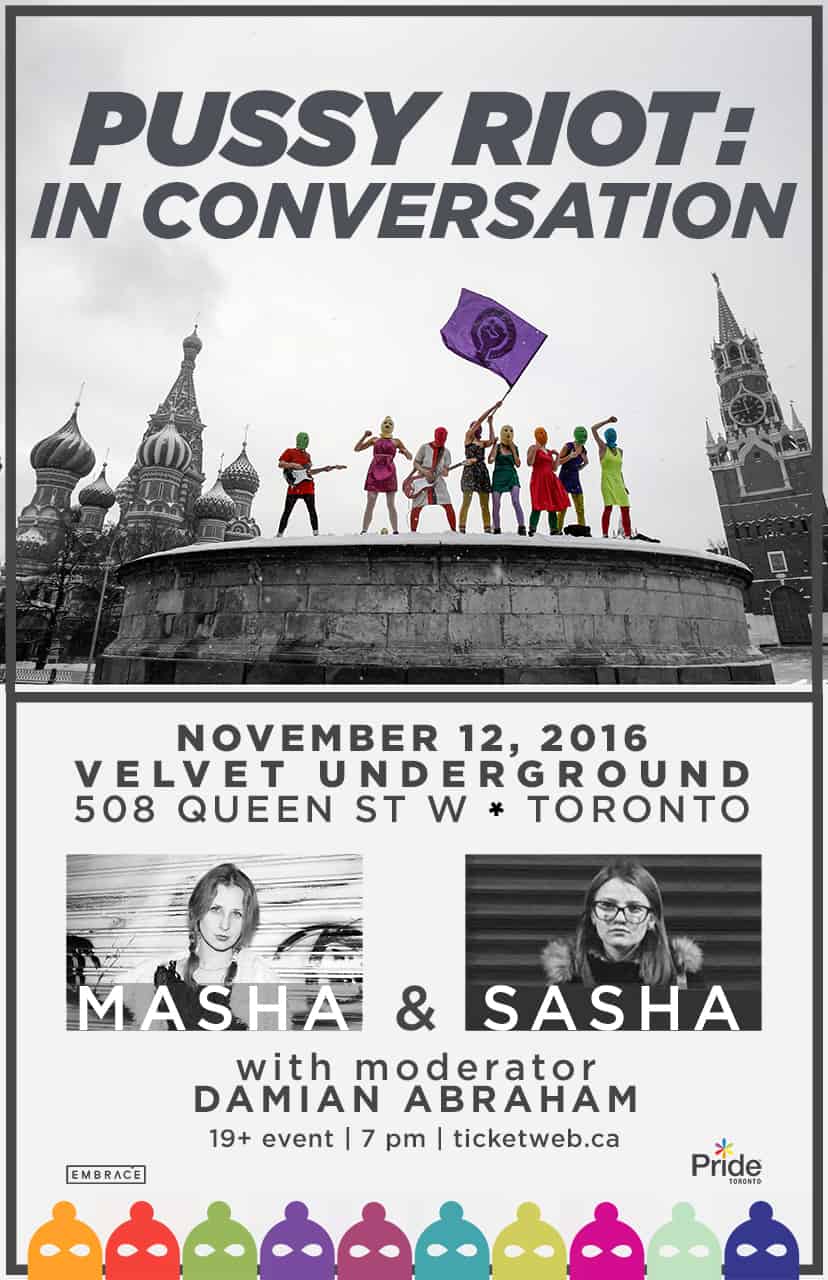 Our Pick of the Week: Pussy Riot in Conversation

Pussy Riot gained international acclaim in 2012 for their performance at Moscow’s Cathedral of Christ the Savior in protest of Vladimir Putin, which resulted in the imprisonment of three of their members. They’ve staged several more anti-Putin protests since, while also advocating for women’s and LGBT rights.