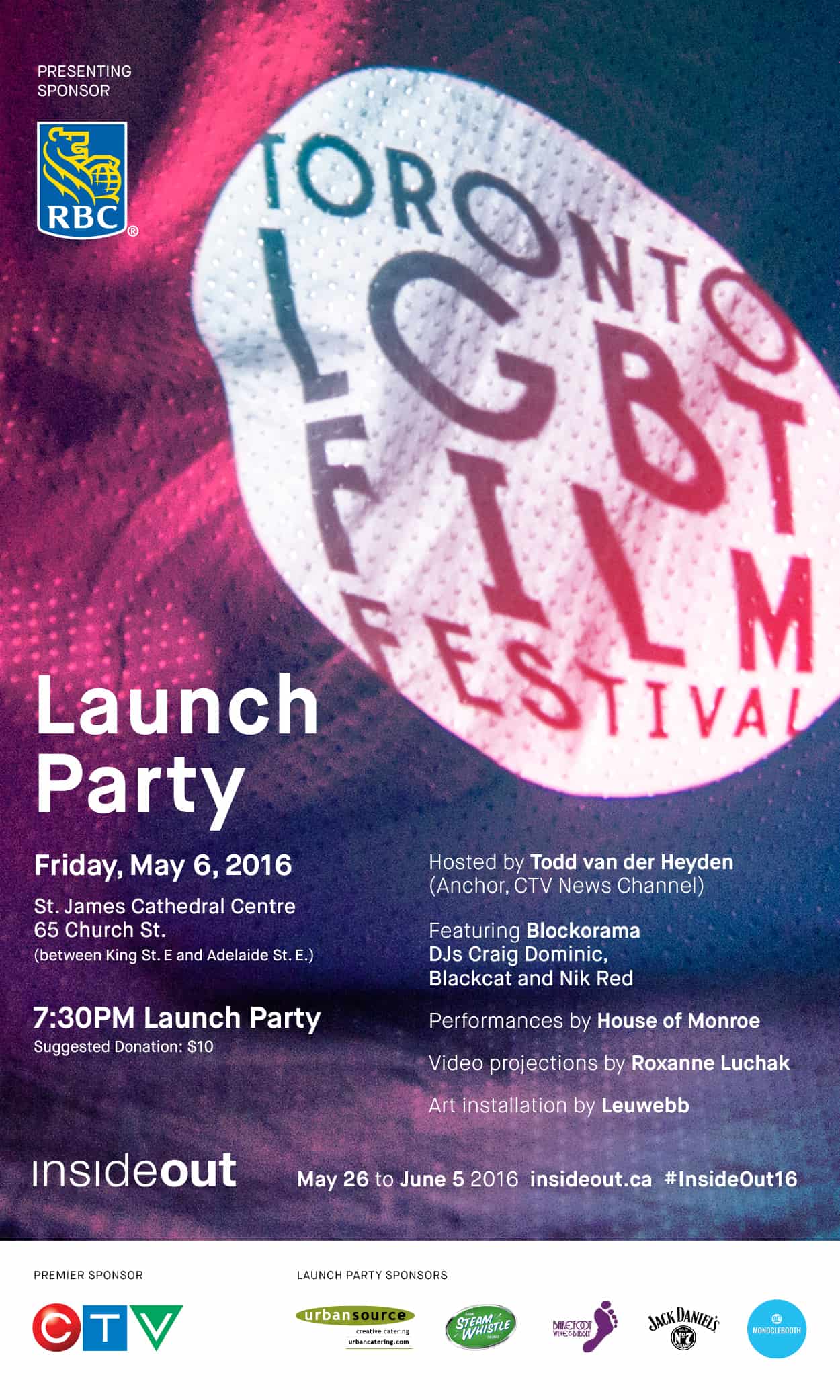 Queer as Fuck: Join us for Inside Out’s Festival Launch Party

We love this fest. Get the party started a few weeks before the films roll out by joining us at the 2016 Toronto LGBT Film Festival Launch Party, where Inside Out’s colourful crew will announce this year’s hot lineup of films.

Dance, snack, drink, smooch….and don’t forget to pick up an Inside Out Program Guide before you leave. We’re so stoked for 11 days of the best LGBT cinema from all over the world, and this year Shedoesthecity will be sponsoring a film screening. (Details are still top secret, but we know you’ll love the film we picked.)

Come get rowdy with us. It’s going to be, you know, utterly cinematic.