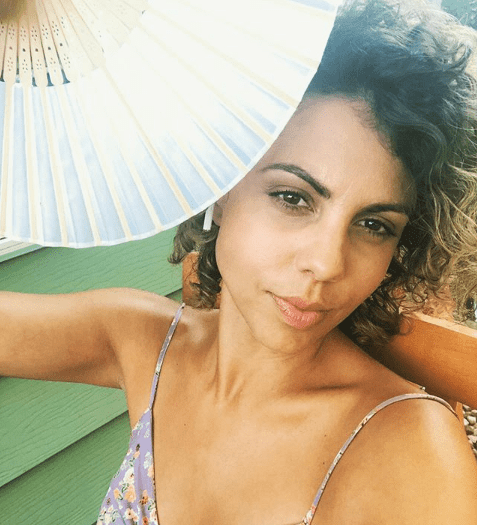 What Changed the Game for Jess Salgueiro

Jess Salgueiro is an actor, singer, playwright and performance artist who splits her time between Toronto and Los Angeles. She runs an online feminist publication called ​bitchesbewitches. Her recent TV credits include recurring roles on Workin’ Moms, Mary Kills People, Letterkenny and more. Her recent feature film credits include I’ll Take Your Dead, Mary Goes Round and Mouthpiece, which premiered at TIFF 2018 (where she was named one of the year’s TIFF Rising Stars). You can stream her show, The Ninth, on CBC Gem now.

SDTC: What was the impetus behind your website, bitchesbewitches?

JS: I started bitchesbewitches in my mid-twenties, when I was battling an eating disorder, and through deeply wrestling within myself and confiding with some concerned friends. I realized I was on some kamikaze mission to make myself smaller, so I went on a journey to expand in every way—physically, energetically, spiritually.

As I was reading and absorbing books and practices that would inspire me, I found that there weren’t enough reference points of women who had carved out their own paths and listened to their bodies and intuition. The few stories I did hear about trailblazing women were not celebrated with the same enthusiasm [with which] we often hear the conventional hero’s journey being told (and it is often—if not always—starring a man). I also knew that the archetype of the witch was an empowering symbol for the form of female empowerment that I was aligned with. A woman who listens to her body—her environment—and creates sacred space for herself and others is the kind of woman I want to emulate. Actually, bitchesbewitches is currently going through a restructure and transformation; there will be a podcast and monthly meet-ups coming soon!

What’s your fave interview from the site?

Kelly McCormack’s interview about power. She reflects deeply on the ways she’s sourced power in the past and her journey to liberate herself from the restrictions of performing femininity in the conventional sense. Now that she has become more aligned to her desires and preferences, she has completely restructured how and where she seeks power. She’s also one of the raddest humans I know, and her words are smooth like butter.

At the moment, my dream vacay would be five months touring around Brazil.

My body is commanding a lot of attention lately. I suffered a concussion earlier this year after performing a stunt, and it resulted in me being off work for four months. In that time, I really had to respect my limits and my boundaries in terms of where I allocated my energy. Sometimes I would push myself too hard and then be dizzy for five days. I learned to listen sooner to my body for the tell-tale signs. Now that I’m feeling a lot better, I’ve continued to deepen the listening. It’s incredible—the things our bodies will tell us if we’ll give them the space. I’ve also known when things aren’t right with people and situations according to how my solar plexus responds to them. I’ve discovered that it’s my very own divination wand! 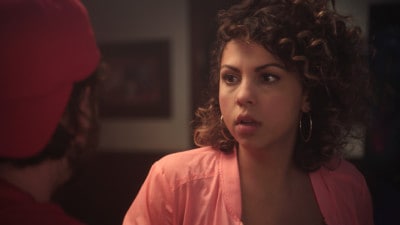 I often take two baths a day. Sorry, environment! I’ll work on that.

What book have you connected with recently, and what about it appeals to you?

Sally Rooney’s novel Normal People. It is so gorgeous and follows the magically massive arc and life-altering transformation of loving someone.

Also Pleasure Activism by Adrienne Maree Brown. I am convinced that following your desire is an act of revolution. Imagine doing what you actually want and not having to constantly consider how everyone will feel about your choices. By putting yourself and your desires first, you actually end up saving a lot of heartbreak in the end, and you serve the world more impact-fully by being your big, beautiful self.

Give them what they want.

The best thing you can do for yourself is be in the present.

I am currently writing this on a farm at SBAR (Stone Boat Artist’s Retreat). My whole m.o. this summer has been about feeling grounded, grateful and peaceful. I’ve been travelling a lot; Amsterdam, Mexico, and all over Ontario. Travelling is a total life hack to staying in the present.

I would have told myself to be bolder and take up more mothafuckin’ space.

Falling in love—for real—and then honouring when it was time to break apart.

Prank phone calls. I grew up in Winnipeg with some reeeeeeally long winters, so for fun, my friends and I would pretend we were a Christian rock group named Tabitha, and we would call random numbers and ask if they wanted to sample our music. We made Christian covers to all the hits at the time; for example, Blink 182’s “fell in love with the girl at the rock show” became “fell in love with the nun at the night Mass.” We would sing our remixes acapella and somehow people loved it and would stay on the phone with us for hours.

An accordion. I think they’re so cool. I likely wouldn’t learn to play it because I would be too self-conscious that I was annoying my neighbours, but I would appreciate daydreaming about leaving it all behind and becoming an accordionist.

Gratitude journal. In the mornings (not all mornings, let’s be real) I write four things I’m grateful for: 1) A relationship 2) An opportunity I had yesterday 3) An opportunity I anticipate happening today 4) Something in the present moment. This practice allows me to start my day from a place of abundance rather than scarcity. GAME-CHANGER.

How difficult it is for women around the world to ask for what they want and need.

I have been feeling more and more drawn to gender-neutral clothing. I would likely say my oversized overalls and this light green cowboy hat that I’m currently wearing.

Toronto has surprised me lately. People have just melted me with their kindness and generosity. I recently went to a Green New Deal meet-up, and the quality of humans in that room that are concerned about the planet and informed and passionate about social issues gave me hope for the future of this country. Also the younger millennials blow me the F away! Their consideration of intersectionality, embracing of queerness and resolve to do something to heal the earth and the divide among us is so inspiring!