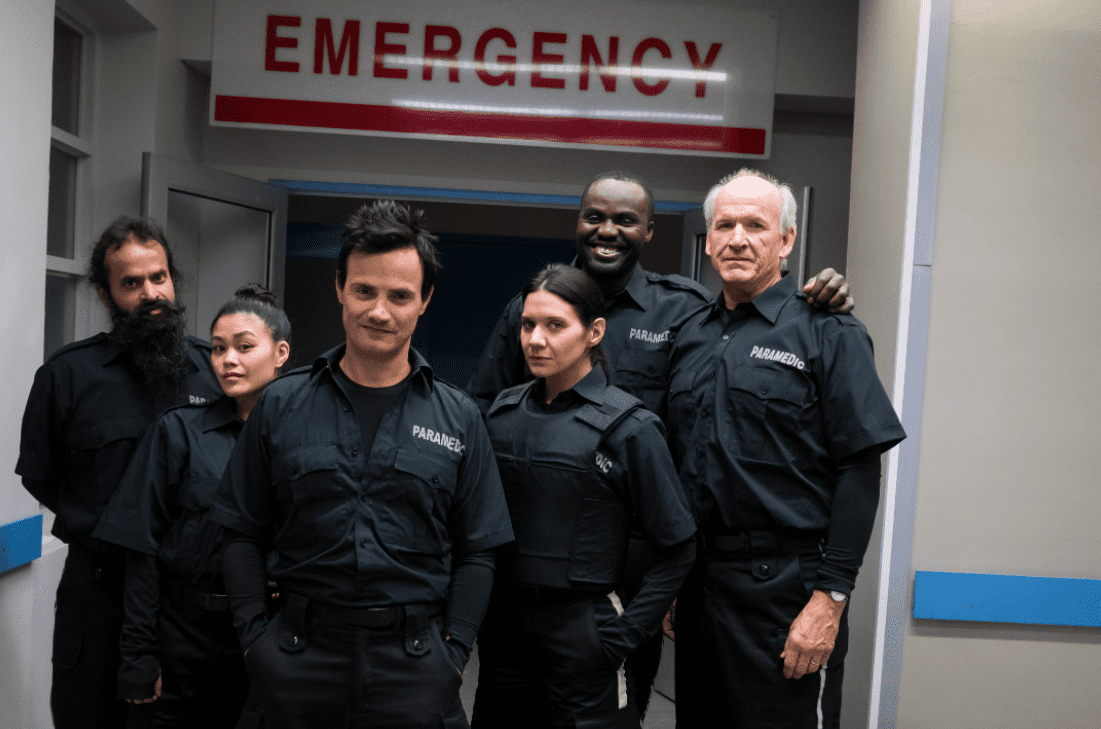 Save Me: CBC’s New Web Series Examines the Humour in EMS Situations

When I was first tipped off about Save Me, CBC’s new web series that looks at the dark humour in EMS situations, I was a little apprehensive: can we laugh about people getting hurt? But then I thought about House, Grey’s Anatomy, Scrubs, and even M*A*S*H (Dad’s favourite back in the 80s), and I realized that the genre wasn’t new, but creator Fab Fillipo (Queer as Folk), who also stars in the series, does present a fresh perspective that is darker and far less predictable than any medic drama I’ve seen.

Billed as a #TraumCom, Save Me is a ten-part original anthology series that takes a comedic yet poignant look at lives on the brink of a 911 emergency incident.

Produced by iThentic, Save Me is ultimately about people in the moment just before their lives change, and the people who show up when all hell breaks loose. The series candidly finds the humour in the unexpected and surprising paths to trauma and delves deep into the lives of a vast cast of characters, all loosely connected by the paramedics that treat them.

“Everybody has experienced trauma, and finding the humour in universal experiences is what comedy is all about,” said Filippo. “This is an amazing time for telling exciting stories in unconventional ways, and we are lucky to have some of Canada’s most talented and iconic actors to find the light in some of life’s darkest moments.”

Inspired by the series, I relay one of my own emergency situation stories. Whether it’s something your own bloody disaster or something you’ve witnessed, we all have a tale that elicits both chills and chuckles…after the fact.

You’re Invited: Please Join us for the Premiere Event for Season 2 of ‘Ghost BFF’