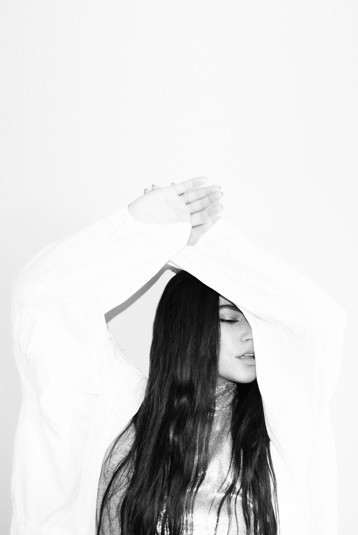 Shawnee’s ‘Warrior Heart’: Light In The Darkness of A Suicide Crisis

Last week, award-winnning two-spirited Mohawk singer-songwriter Shawnee released “Warrior Heart.” Beyond a song, “Warrior Heart” is a movement with a goal to eradicate the current crisis of youth suicide that is inflicting the Indigenous population of Canada. She’s partnered with the We Matter campaign, an organization that brings workshops to reserves and works with the youth to empower them.

Shawnee is a fierce champion of causes that matter to her, focusing on strengthening the LGBTQ and Indigenous communities at home and abroad.

SDTC: You grew up Mohawk in Welland, ON. What was that like?

S: I grew up off the reserve so I didn’t start going to pow wows and really being a part of my culture until I was half-way into high school. After my grandmother left the reserve, those traditions did not get passed on to my family. It stopped there. It’s not something we really talked about.

One day in grade nine, I wore my hair in braids and went to school. One kid pointed; “Ha! She looks like Pocahontas.” And then they started in with the “Indian” thing, calling me racist names. I didn’t know anybody in Welland that was Indigenous. That was the first time I was like, what does that mean? That’s where it started for me.

I had questions and wanted to know what it all meant. My mom had stories about when she was a kid – she grew up native in Thorold, and she also felt different and was teased about it. As a family, we took it on together and started to get involved in our community. I started to learn the teachings. I went to my first sweat lodge and my first pow wow. We immersed ourselves in the culture.

It was intimidating at first – when you’re re-learning your culture. You feel a little out of sorts. But the more I talked to people, the moreI found there are so many different stories like that. So many people who are learning the language and they didn’t grow up on the reserve. It’s interesting that we’re all coming together and taking back our culture. 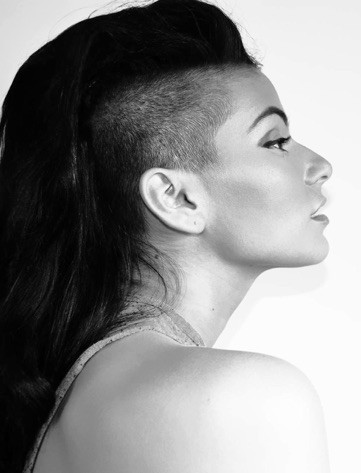 Which traditions really resonate with you?

When I hear the drum – you just know. It’s talking to me. It’s a soul-sound. Being at a pow wow feels so natural, so peaceful. And then learning where my family came from, what my family’s been through and getting those teachings; that’s important to me to know who I am and where I came from.

Also, I’ve been really trying to figure out what being two-spirited means for me. That’s been a journey especially in the last two years. When I came out as lesbian, I spent more time with my people and my culture and I started to identify as being two-spirited. I’ve been realizing that we’re all trying to figure it out and figure out what that means. As a person, it means something different to each individual.

You mention that music helped you while growing up. Can you expand on that?

Music always spoke to me, but I really discovered music at that age when I felt like I didn’t have anyone else. I felt my peers didn’t get it, my mom didn’t get it, so when I started writing music, that’s all I did. I wrote books and books and books. Writing anything, then making them into songs. Then I started to share those songs. It kept me going. It was the one thing I could control that was mine. I immersed myself in it.

I was such an odd duck in such a tiny little town. I was really a weird kid – I was listening to Yanni, and my passions were not lining up with my peers’ at the time. In careers class, they would tell us to check off the boxes and we’ll figure out what kind of a career we’ll have. I said, “Well, mine’s not here! I’m going to be a singer and that’s not on here.” And they said, “Well Shawnee, let’s figure out another option for you.” 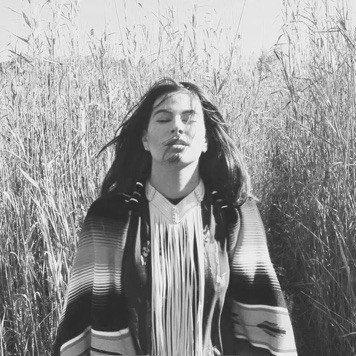 What was the impetus behind “Warrior Heart?”

[The impetus was] the issue with Indigenous youth in Canada (but especially in remote communities) committing suicide. I kept hearing about it happening every few days. I heard about a suicide pact with girls in Attawapiskat and I just bawled. It related to me in every way. I thought, what is happening? What can we do? How can we get to these kids and tell them they’re not alone?

I did the only thing I know how to do, the only thing I have control over: writing what I felt. That’s where the song came from. As I started researching, I wondered where can these kids turn to as far as resources? A song is great to uplift and empower, but what are the structures? Where can these kids go if they’re really in a desperate moment? A song is not enough.

I came across the We Matter campaign and reached out to them. I completely support and love everything they’re about. They’re in the communities doing what a lot more people should recognize is needed. I decided that the sales would go to the We Matter campaign, I hope in the future I can be more of a part of what they do.

It’s wickedly emotional to know that there are kids dealing with such weight and heaviness. But more than that, I know what that feels like, where you’re like, “What’s the point?” I also know what the other side of that is like; to go beyond that point and to push yourself. How worth it it is to push yourself past that point. When you struggle with something so heavy that no one can understand, ultimately you have to rely on your own self as a warrior to move forward and fight for your own life.

The hard truth is I really couldn’t find any place to turn to; there was nowhere I could turn to find comfort. There was a lot of hiding and covering up. But I learned to really live with music. We Matter helps kids recognize their own passions, they can turn that darkness into light. It’s about turning what you struggle with into something beautiful – only you are capable of that.

What would you say to the kids who are struggling right now?

If I could speak to them right now I would say it doesn’t have to be anything groundbreaking; maybe it’s just looking up at the sky, going for a walk in the trees – find what grounds you. You have to find what will ground your feet so you can connect with yourself and the world again.

How would you like to see things change for Indigenous people in Canada?

I know what’s been done to my family, and what continues to be done. This weight that comes with telling a non-Indigenous person that you’re Indian. They don’t know what that means. There’s a lot of educating and work to be done. We need people to recognize the hardships that our people have gone through. It’s real and it did happen. Residential schools are real – the causes and effects are real. I know that because it’s my family’s story. I can see the effects of that. I can see the work that my family has had to do through each generation to heal and get better. I see with each generation that we’re getting stronger.

There’s a lot of focus on the Canada 150 celebration. How does that feel to you?

It’s a confusing feeling; half of my life I grew up not knowing my culture. The other half involved getting involved culturally and now politically. The same thing comes up around Thanksgiving. I will be doing a few shows for Canada Day. I use it as an opportunity to educate. Having that opportunity to be in front of a hundred, or a couple thousand people – to say, “I’m Indigenous and this is what it means.”

It’s an opportunity to make people aware – even if not everyone listens or agrees – and to represent my people and my story. I’m lucky enough to have a voice that people listen to and I don’t take that for granted. When I write music and do shows and when I’m out in public, my passions come through, but I really want to make a difference in the world – even if it’s just for one person.

What should we be paying attention to?

Missing and murdered Indigenous women. And our youth. They can’t see their own tomorrow. How bad does it have to be for that young person? If it was any other person’s child, you would listen.

Catch Shawnee’s performance in Toronto for The Indigenous Arts Festival on June 25th.