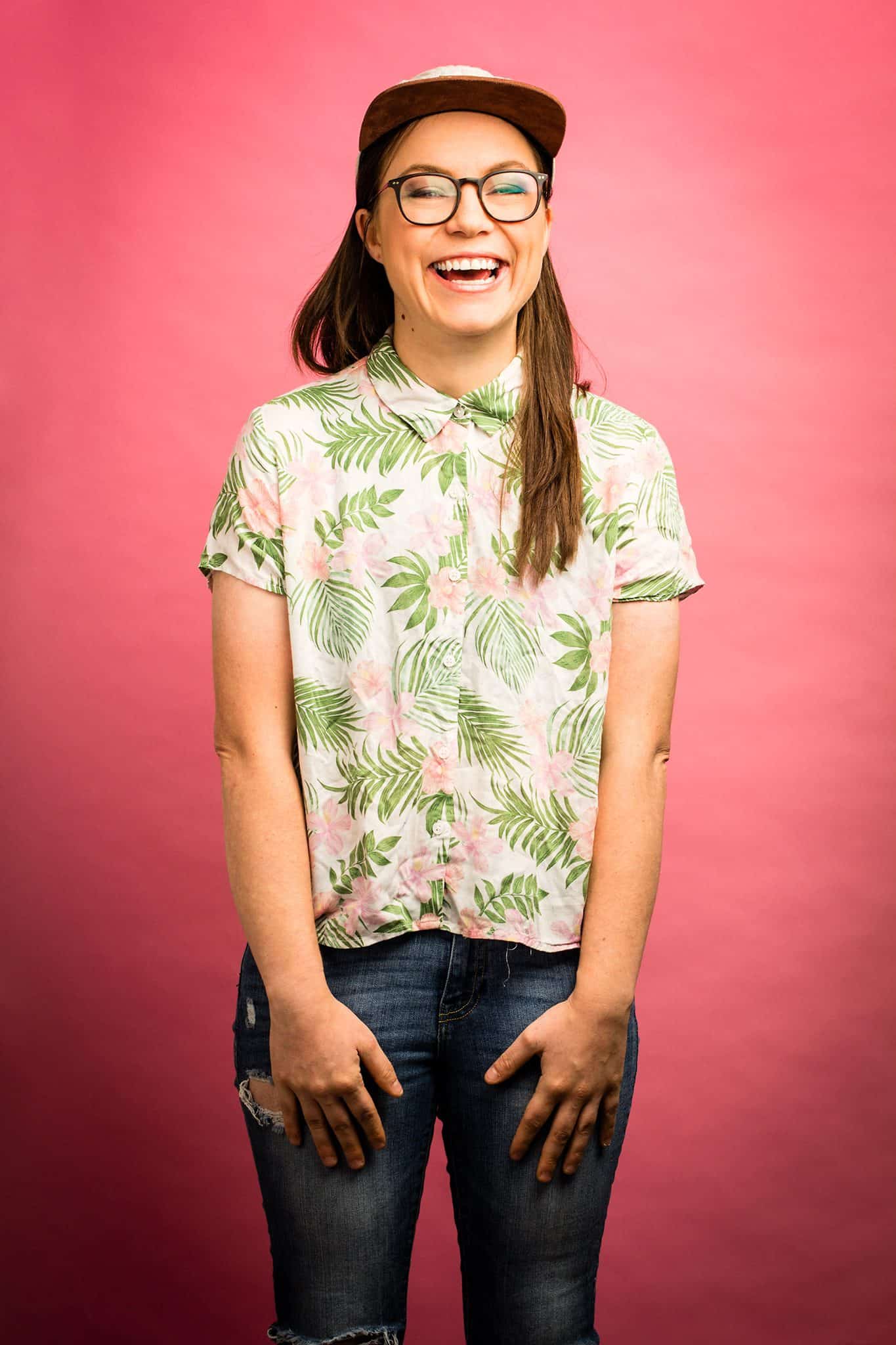 We’re catching up with a few local semi-finalists. First up, we’ve got Ashley Moffatt.

AM: I found an old joke book at my grandpa’s house when I was very young titled Why Cucumbers Are Better Than Men. Also my grandpa in general; he made everyone laugh.

When I was in the third grade I won the Billy Green Elementary School talent show with an impression of Tom Jones singing “What’s New Pussycat?”

What did you excel at in school?

Forging notes. “To whom it may concern, I give Ashley permission to go to Carlo’s Pizza at lunch. Regards, Dad Moffatt.”

When my mom stopped paying my phone bill four months ago. Being thirty SUCKS.

Being twenty-one is amazing! I can drink in the States!

I had Indian food for the first time pretty recently and I don’t want to eat anything else.

A bachelorette party threw a male sex doll at me just as the show began. I stomped his head in.

I wanna apply for and get a job at This Hour Has 22 Minutes!

Going out for breakfast with my partner, walking around Toronto, making dinner together, and then cuddling up with our cat and watching a movie together.