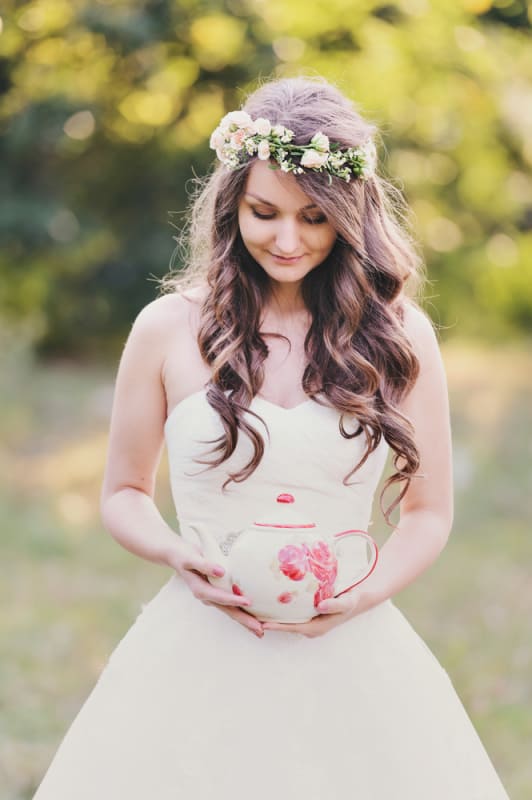 Sober Bride: Why I Quit Drinking the Year I Got Married

A toxic relationship with alcohol…

I had always hoped that, one day, I would quit drinking. After countless two-day hangovers, many drunken stupors, and some major regrets, I knew I couldn’t keep doing this to myself.

Growing up with an alcoholic father was inexplicably painful. To make things worse, my family didn’t even talk about it amongst each other. Nobody told me that my dad had a disease, but at the tender age of six when I heard him vomiting on the carpet at 2am, I understood that something wasn’t right.

I myself am not an alcoholic. At least, not in the way we’ve looked at alcoholism. This doesn’t mean that my drinking wasn’t a problem or that I wasn’t hurting myself (and others) when I drank.

From the moment I started drinking, I would get blackout drunk. Not intentionally – it would just sort of happen. To be fair, it wasn’t like this happened every time I drank. I could enjoy a couple of drinks with dinner and go home for the night. In fact, I didn’t even drink that often. The issue was, I couldn’t predict when I would go overboard and end up losing all control.

As a Holistic Nutritionist, my philosophy is all about prevention. My grandfather was also an alcoholic. His dad was an alcoholic… I knew the danger for me was very real.

Late last summer, I decided that I would spend the next year living sober. I’m not sure how I got to that place. I think I was just exhausted of living in fear and uncertainty.

The only person I told was my then-fiancé (now husband). He was surprised and didn’t really get it since it’s not like I really had problem or anything. The thing is, too often in life we wait until something is a problem before doing anything about it.

It was weeks before I told anyone else. I honestly didn’t know if I could do it and I didn’t want to fail in front of everyone. After all, I was getting married that year, had two major vacations planned, and would be graduating. This meant I’d be “Sober Sandra” at my own bachelorette party. Ironically, my wedding would fall one day short of me finishing my one-year. Was I really supposed to celebrate the biggest year of my life completely sober? I’m a twenty-something woman. Shouldn’t I be enjoying myself and having fun?

I can’t say that giving up alcohol was troublesome but it was definitely uncomfortable. Mostly because I had to learn how to be me again.

At 1 month sober – I was missing wine with my meals. I was so used to drinking at restaurants that I actually felt weird and awkward not having a drink. I realized that drinking had just become a part of going out for dinner, totally forgetting that it wasn’t something I had to do – I had a choice.

At 6 months sober ­­– By now, I was just starting to get used to not drinking. After each night out on the town, I’d wake up and be so happy that I wasn’t hungover. I made it to yoga more often, kept up with a healthy diet, and my skin looked better than ever.

At 9 months sober – I lost all desire to drink. I thought it was crazy that it took nine whole months before I felt any change in my core at all. Like many others, I started drinking at a young age so I guess this kind of makes sense. More good news: I was actually excited to spend my wedding day sober.

At 12 months sober – I was done and I can truly say that spending my day as a sober bride was one of the best decisions I’ve EVER made. I got to enjoy the most transformational day of my life thus far being 100% me and feeling REAL feelings. Plus, I didn’t stumble once in my Jimmy Choos or give kissy lips in all the photos.

What happened after day 365…

I will admit that I’ve gotten drunk since my year of sobriety, and boy, did it take me on one hell of an emotional rollercoaster. As I write this now, I am two days sober, finally feel like a real woman, and am just taking it one day at a time.