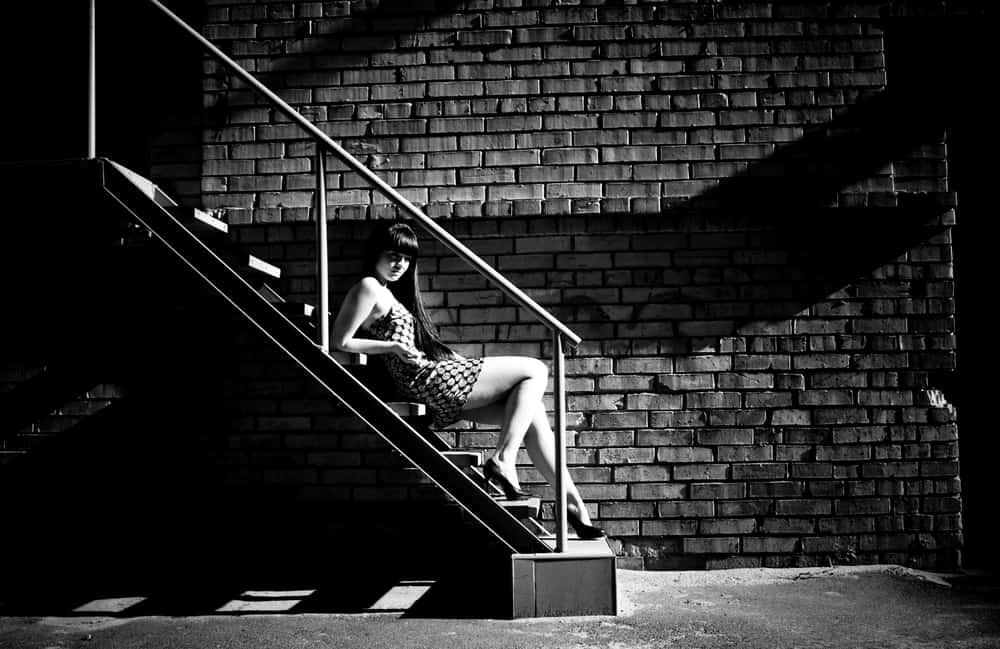 "When we did meet, it often involved me on my knees in a washroom that we found in a downtown hotel."
Sex & Relationships

A few weeks ago, I decided to have sex with a man twice my age in a hotel staircase.

It’s not what you think. I’m not an escort. It was a fuck, plain and simple.  My relationship with this man is bizarre, reckless and unexplainably odd, but the experience was thrilling, completely irrational and sexually liberating. That’s right, I just used the words “sexually liberating” in a sentence and I meant them.

You’re probably asking yourself how I found myself in this situation. I’ll do my best to keep it short and sweet, so we can get to the good part. Throwback Thursday to two years ago, when I found myself in a “casual sex” relationship that involved very little conversation, zero text messages, one drink and a little bit of cocaine. I was old enough to know better, but still young enough to feel sad, lonely and infatuated by a man who radiated a boyish charm in his early 40s. We emailed, and fucked, and it became a pattern over the course of two years. I would send a picture of the latest book I was reading, or an album I was streaming, and he would often respond with “Cool. What’s up?” Most of the time, that’s all I really needed. A quick one-line acknowledgement that was, more or less, simple. If there’s one thing in this life I crave, its simplicity.

After the first summer we had sex, I became detached in a powerful way. I knew his pattern, and felt comfortable continuing the routine with him. He had a consistent set of behaviors, and communication, and it was predictable in an unpredictable setting.

The communication was often unexpected, and I liked not knowing if he would answer. So we continued, and through periods of sometimes six to eight months, we wouldn’t speak to each other. But when we did meet, it often involved me on my knees, in a washroom that we found in a downtown hotel, or in a bush outside of my work (I wish I was kidding). It was out of character for me, and that’s why it felt so good when he was forceful and aggressive but still curious and gentle. The sex was clean, quick and it satisfied my ache for fulfillment. There was rarely any kissing, or sweaty post-coital embrace, it was a wholesome fuck. Nothing more and nothing less.

As for conversation, my imagination led me to believe we were compatible. I loved his sneaker collection, and the way he wore his jeans. Did I mention his great taste in books? If that’s not a glorious reason to fuck, I don’t know what is. But I also knew (from previous relationships) that assholes can have great taste. Most importantly, I learned that we didn’t have to talk about our personal lives; we didn’t have to talk about anything.

Jump forward to a few weeks ago, and we’re in a hotel that’s a five minute walk away from my work. We met at the coffee shop, where I commented on his shorts and he laughed. Minutes later, we headed for the hotel stairs to look for a place to get naked. We wandered around, thinking about the comfort of each space, and likelihood of someone walking in on us. My heart pounded, and I felt my fingers tremble from all the adrenaline. A part of me was relieved that we didn’t talk much, because I knew he would hear the shakiness in my voice. I radiated nervousness.

He smiled from the corner of his mouth when we finally agreed on the staircase.

We climbed to the top of the stairs on the sixth floor. On our way up, he playfully flipped my skirt up, to which I blushed. When we reached the top, he was forceful and told me to get on my knees, because he loves being in charge. While I swallowed, I thought to myself how crazy, and exponentially insane this all was. It was 12:15pm, I was very sober, and in less than an hour I would be sitting in a weekly status meeting with my manager daydreaming about drinking after work. He pushed my arms forward and held me against the wall while he pulled my bright turquoise underwear down (I would have worn my silky lacy ones if I had known in advance). I was breathing heavily, and he told me to be quiet because the cleaning ladies were a few doors down. He came forcefully, and he smiled, and I reminded myself to breathe again. I was red in the face, and we laughed and took a moment to compose ourselves.

When he finished, I was left wanting more. We exited the hotel, briefly talked about the weather, and then he waved goodbye. “Hasta la vista” I said back.

"When we did meet, it often involved me on my knees in a washroom that we found in a downtown hotel."

Trying the Most Powerful Sex Toy: We Take the Sybian For a Spin

Diary of a Polyamorist: An Introduction to What Poly Means to Me