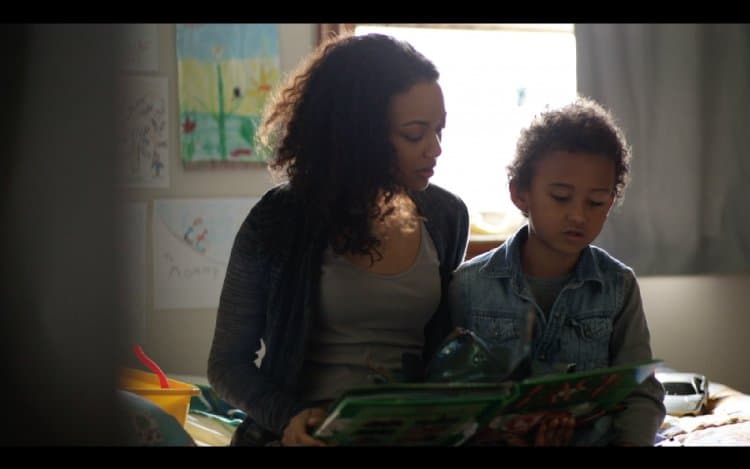 Getting sober is tough; staying that way is tougher, especially once you’re out of the calming shelter of rehab.

77 Days follows a woman after she completes a stint in rehab and returns home to her family. The character in this short film is also a young mother, adding another element of estrangement and re-introduction to the family following her struggle to get sober.

We talked to Shailene Garnett, lead actor and director of 77 Days, which is screening at Reelworld Film Festival (October 12-16).

SDTC: What drew you to this script in particular?

SG: I came up with 77 Days as a way to cope with residual feelings after news that a family member was struggling with addiction. I wanted to put myself in the shoes of the recovering addict to gain perspective on the obstacles they face as they reintegrate themselves into the family. It was a very specific story that I wanted to tell. I approached my writer, Abigail Winter, to help me get it out of my head and onto paper.

There’s a lot of attention on addiction lately, but rarely do you see stories of what happens after treatment. Why do you think that is?

What did you learn about addiction while making this film?

Addiction brings out the worst in people and it’s easy to judge and disassociate from them. I was reminded of their humanity. At the end of it all, these are people who are struggling and who often need help whether they acknowledge it or not. It’s a humbling experience to try to right the wrongs that were done under the influence of substance abuse.

What do you want audiences to take away from your performance in 77 Days?

Catch 77 Days at Reelworld on Sunday October 16. More info can be found here.