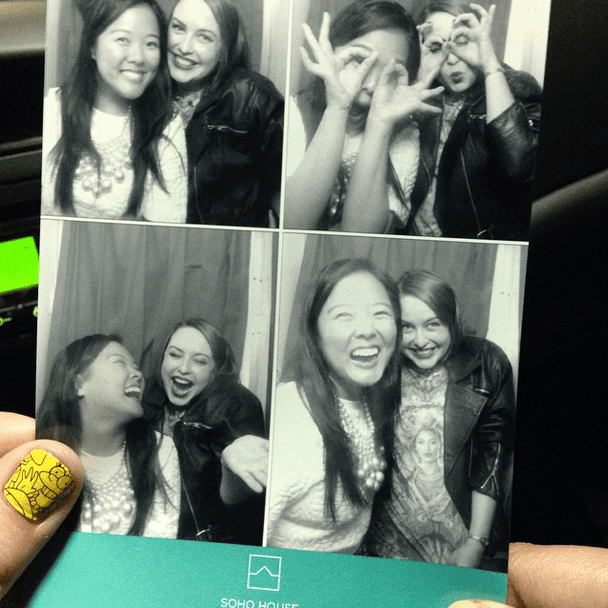 "Not celebrating a friend's victory is like going to a birthday party and getting mad that the same people didn't turn out for yours, even if you've never met them before."
Life Stories

Your Friends’ Successes Aren’t About You

"Not celebrating a friend's victory is like going to a birthday party and getting mad that the same people didn't turn out for yours, even if you've never met them before."

Three years ago, the worst thing you could tell me was that a friend or colleague had achieved something I hadn’t.

“What the fuck?” I’d think, likely not-so-secretly. “I’m way better than she is.”

Now, this thought process is horrible for two reasons: 1) I wasn’t and am not better than “her” or anyone else (minus maybe Robin Thicke, we’re all better than Robin Thicke) and 2) even if I was/am/whatever, who cares?

Well, I cared. I cared a lot. For about two years, I measured my worth as a person and as a writer against the achievements of the people I hung out with. I’d begrudgingly give editors’ email addresses to “friends” before dropping an “Oh, I actually just started writing for [relevant magazine/website]” as if my new get might stop their momentum. I was only as good as what they didn’t have; I was Gollum, the Ring was everything, and it was going to be mine. It didn’t matter that the Internet is millions of miles wide, or that there’s more than enough room for everybody willing to work hard, my successes were chalked up as victories I quietly lorded over people who weren’t even competing—they were just doing their jobs. So, with each piece of (their) good news, I was inspired to work harder. Out of spite.

It sucked. I sucked. I was unhappy, and I was insecure, and I was in the process of losing everything, from money to my own address. Work felt like all I had.

So I talked shit and cut friendships off. And I was lonely, and I was sad, and I backed away from a certain genre of writing for a while because I was turning into the worst version of myself. I was a person whose reaction upon hearing a friend was published in a huge magazine was instant jealousy and resentment. I was, to be frank, a raging asshole. Who, I should also add, felt that I was being wronged because other people were succeeding. My mantra? “I deserve this!”

And I do. We all do. But only if we’re willing to work for it. After some time away and a few life lessons learned, I finally realized what might be one of the most important things I’ve learned: it’s not about me. Like, at all.

And it isn’t about you, either. Someone else’s victory has nothing to do with you or what you did or didn’t do. Somebody working their way up at a time when you’re at a standstill isn’t about you being wronged. It’s about them working their way up—and that’s it. You (and I) don’t know their narrative. We don’t know how hard they’ve worked, or what they’ve gone through, or what they want. All we see is the end game because that’s all we’re supposed to see. As Our Lady Tina wrote in Mean Girls: “Calling someone fat doesn’t make you any skinnier, calling someone ugly doesn’t make you any prettier.” To this I would add, “Hating on somebody because they’ve achieved something you haven’t doesn’t make you any more likely to achieve it yourself.”

That is a tough lesson to learn. Because of course we want to assume that we’ve done enough, or that we deserve things more than other people. But the truth is everyone is just doing them. When somebody says “I got this really awesome thing and I’m so happy about it!” why not celebrate that awesome thing instead of assuming it has anything to do with us at all? Especially since not celebrating a friend’s victory is like going to a birthday party and getting mad that the same people didn’t turn out for yours, even if you’ve never met them before.

It’s hard to be happy for other people when you want to be doing what they do. But at the same time, that inability to feel joy is our own doing, and means we’re playing the victim in a situation where there really isn’t one. So what can we do instead? Well. We can choose to stop being pretentious or jealous or “wronged,” and we can decide to work hard and keep working until we’ve gotten to a place we’re proud of. And the people we’re surrounded by will be happy for us when we get there because if they’re not, they’re probably lousy friends anyway.

Or, if we want to end on a more accurate note: they’re probably dealing with their own shit right now. And like I said, it’s not about you.