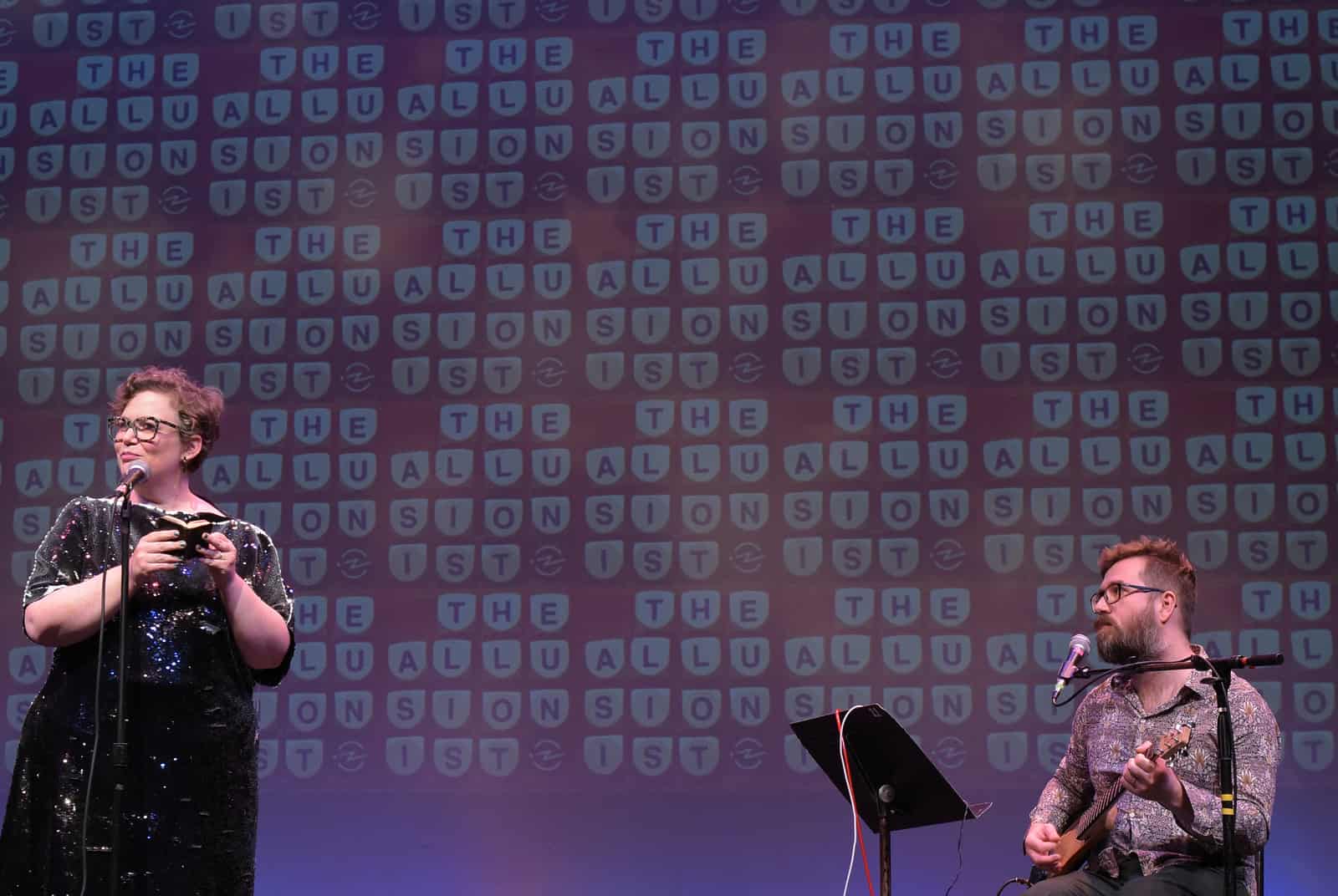 Helen Zaltzman knows a thing or two about podcasting; she’s been doing it for nearly thirteen years. “In the first several years [of podcasting], if you told someone I’m a podcaster, they would say; what’s that?” she says. “Five years ago, they’d say; oh, I listen to Serial. And then in the last couple of years, it’s like, oh, I’m thinking of starting a podcast.”

It’s a far cry from 2007 when her friend Olly Mann convinced her that podcasts were going to be the next big thing. “The iPhone wasn’t even out,” she says. “It was a very different time, Internet-wise. I didn’t know what [podcasts] were. I didn’t listen to them until I was already podcasting. I hadn’t worked in audio production before, I had no relevant skills.”

Nevertheless, she pressed on, honing her craft and picking up tips along the way. With a velvety smooth voice, an encouraging chuckle, and an inquisitive mind, Zaltzman is the creative force behind The Allusionist, Answer Me This! and Sound Women; she teaches others how to podcast, too.

I ask her why she thinks podcasting is having a moment at this point in time. “We are getting used to consuming our entertainment when we want to, which wasn’t possible with radio for a long time,” she says. “It’s so convenient. Unlike other mediums, you can listen to speech [while doing] something else. It’s always been popular with people commuting. There’s an immediacy as well. They’re speaking quite directly to you; it’s not necessarily filtered through a large organization and a big production process.” Zaltzman believes people also appreciate the personalities behind the storytelling; “because someone’s talking directly into your brain, and [it’s like] they’re your friend.”

She wonders whether the uptick in popularity intersects with stressful political times. “I hear from so many people saying they listen to the podcast to help them get to sleep, or to help deal with anxiety and depression,” she says. “There’s a lot of mental health reasons that people listen to podcasts, which I never would have expected when I was getting started, but its one of the reasons I carry on. It calms your interior monologue; because there’s another voice in your head.”

Despite this, podcasting remains an underrated medium. “A lot of people hear one podcast and think that’s what all podcasts are like,” she says, of the rambling podcasts that proliferate now. “It’s like thinking that TV is only the weather forecast. The idea that it’s just a bunch of friends talking shit at great length; and yet, it can be anything. It’s just an audio file. You can do so much with it, if you have the imagination to.”

Zaltzman points to the editing process as key. A former editor and proofreader herself, she enjoys the feeling of having “a finite amount of material and you just have to make it the best version of itself.” She’s able to have a natural, flowing conversation with a guest; and then snip it into something more pointed later. Surprisingly, some people still hold to the idea that editing podcasts is somehow dishonest. “This makes me very angry,” explains Zaltzman, “firstly because it reinforces this idea that a lot of people have that a podcast is just some rambling bullshit. Secondly, because every other form of media and art is edited in some way—whether in pre-production, post-production, or both. There are these decisions that are being made. That’s what it’s for—to reveal more truth,” she says.

The editing process also helps excise her biggest peeve: fluff.  “[It’s when] the hosts are enjoying themselves way more than the listener, and don’t get into the subject for like, 20 minutes. I think well, I’m going to die one day, the end of my life is creeping up. You can’t waste people’s time on the Internet, you’re competing with everything to get peoples’ attention. So I feel like you need to get to the point.”

Zaltzman is optimistic about the future of the medium, and thankful for the opportunities it has given her. Podcasting has brought her in contact with people she’d not ordinarily get to speak with, and because of the intimacy of the medium, listeners to relate to her on a deeper, more personal level. “I always love hearing from the listeners,” she says, “they’re pretty generous with me if I ask them for their opinions or to record themselves.”

Last year she did an episode about the reasons why people change their names. “The result was a montage of listeners talking about why they changed their names. [I received] these really personal stories. There were a lot of trans listeners, and name changing is often an important part of the process of transitioning,” she says. “It was great that they trusted me with these very pivotal moments in their life. I think it’s because they feel like we’ve met, even though we haven’t. It’s pretty special.”

Helen Zaltzman will be appearing at this November’s Hot Docs Podcast Festival with a special live podcast presentation on language, gender and the hidden stories behind the things we say. Grab tickets here.