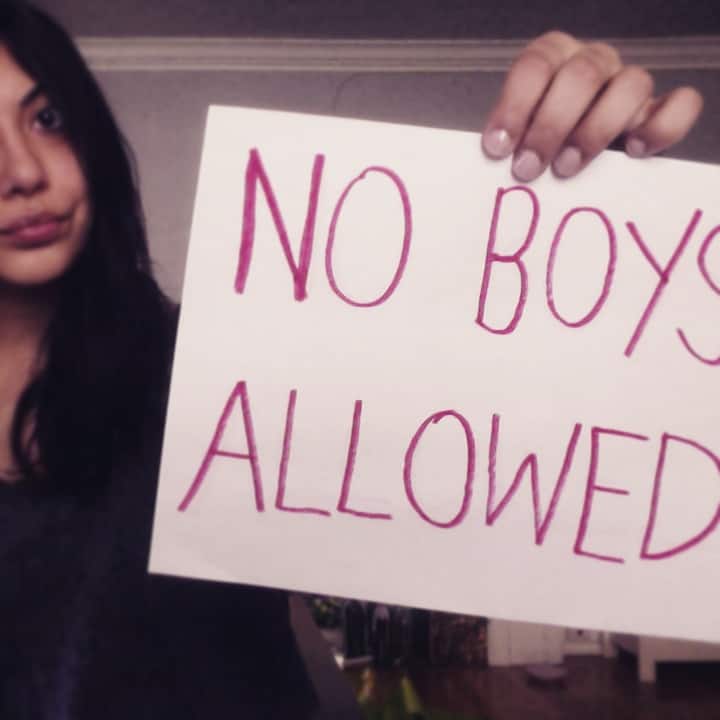 The Case For Women-Only Public Spaces

I have a love-hate relationship with the women-only section at the gym.

I opt for a more private workout when I, heaving like a winded hippopotamus, don’t feel like being ogled by sweaty meatheads getting their swell on. To be fair, not all gym bros gawk, but it only takes one — and there is always one.

My knee-jerk response is to look right back at him, square in the eyeball, electrified by endorphins and adrenaline, and blurt, “What are you lookin’ at, huh?”

Instead, I retreat to the zone designated just for me, and the countless women that came before, who have felt that same combination of dread and shame — at once both grateful and bitter towards its existence.

At the gym, there is no allotted space for men. They are unhampered and entitled to go where they please, and do as such.

But what if that wasn’t the natural order? What if the sisterhood ousted them? The notion of other women-only public spaces is an appealing one.

The sidewalk
When did a quick walk to the grocery store around the block become like navigating treacherous terrain? Gone are the days of whistling and hooting with impunity, sir, and such lewd actions will not be tolerated on a women-only sidewalk. Perpetrators will be forced to wear a pair of horse blinders.

Any man caught removing his blinders will be tried by the Riot Grrrl Tribunal (which replaced the status quo’s male-driven government and currently presides over all Queendom). Punishment for crimes such as lecherous gazing, or catcalling like some wild goat bleating at the top of his lungs is listening to Rob Zombie records on repeat for 25 years to Life.

The beach
Imagine this: Folded, golden shores; pacifying waves; a slight breeze that amounts to little more than a whisper. You and your girl gang lounging with a crisp pinot, frolicking in streams of vitamin D — when a pair of gnarled, yellowing, hirsute feet show up. These feet are attached to an oil-slicked, orange-peel-skinned man, who inquires as to whether or not you’d like him to show you how to throw a football.

On a ladies-only beach, the closest thing you’ll find to a penis is the skewered hot dog roasting over a bonfire.

The club
I once informed a straight, platonic male friend that the itty bitty gilded lamé minidress I sported at the club was for me, not for the universal him. His response went something like, “Yeah, I don’t think many guys realize that, though.” Where this sense of entitlement comes from is beyond me. So when a dude hands me a drink I didn’t ask for, he thinks I am obligated to play nice. And when I don’t, I’m a bitch or a slut or a cocktease who was asking for it anyway.

If you can’t leave us be, get the fuck out the club. We’ll unabashedly dance on tables in glittery spandex or worn sweatpants, because we’re really here to let it all out to the beat of Ariana Grande — and you are mere furniture on our stage.

The stadium
I like sports. I know what you’re thinking fellas — I’m not like a regular girl, I’m a cool girl. Yet you’re still going to explain that last play to me, because I only visit the Skydome (yes I still use the moniker, I’m old, whatever) to conduct hard-hitting butt research on the Blue Jays.

Sure, we could ignore the aforementioned bad eggs. That also runs the risk of perpetuating their putrid behaviour. And why should I brush under the rug something that upsets me so?

There is a fire smouldering in my belly and who knows how much longer it will keep quiet.