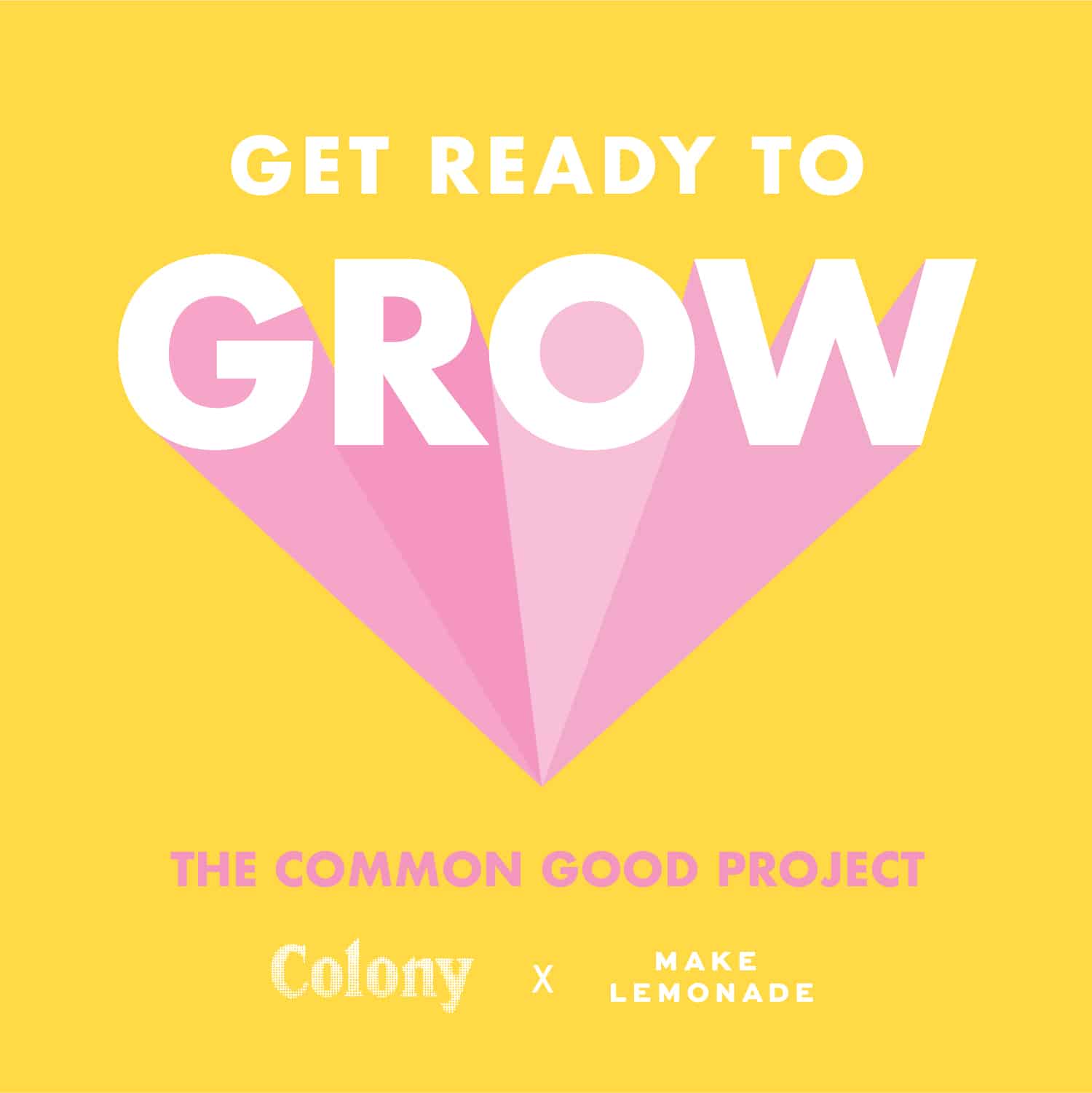 DYK female entrepreneurs receive less than 16 per cent of all venture-capital funding? We think that’s BS. So that’s why we were pumped to hear about The Common Good Project‘s latest venture; they’ve partnered with Make Lemonade (326 Adelaide St W) to help more female entrepreneurs grow their businesses.

We asked The Colony Project’s Managing Director, Amanda Shuchat, to tell us more.

SDTC: Tell us more about what the partnership with Make Lemonade will look like. How will female entrepreneurs involved in the Common Good Project benefit from this pairing?

AS: Make Lemonade and The Common Good Project both came to be for one reason: Because the struggle is real. The coworking space has a network of more than 5,000 entre- and solopreneurs who needed a space to come together to collaborate, ideate and ultimately build their empires. The Common Good Project was developed because our team at The Colony Project, saw a need for start-ups to have access to marketing and PR strategies to make these dreams a success. Starting this month, Make Lemonade members will have access to office hours with some of the brightest minds in the PR industry who will offer free counsel on everything from how to build their social channels, securing earned media coverage, building their brand and ultimately, driving sales. They’ll also have the opportunity to attend a panel event hosted by myself and other female entrepreneurs including Neetu Godara, Founder of SocialLite Vodka, and Janice Liu, Founder of Retreat.

What are the biggest barriers that hold back female entrepreneurs?

The first year we launched The Common Good Project, we opened it up to all entrepreneurs. But despite the fact that women in Canada are starting businesses at a faster rate than any other G20 countries, we were shocked that out of dozens of applicants, there wasn’t one female-led business who applied. That’s when we shifted our communications to target women specifically. Colony is a female-led, 100% female team, so it was a great alignment. When we did that, we had 5 times as many applications. Sometimes, the biggest barriers holding female entrepreneurs back is just going for it and taking advantage of services and offerings available to them. Often times, we second guess ourselves. Lack of confidence is a real barrier. Women have so much to offer and make some of the most successful entrepreneurs, we just need to go out and take what’s ours.

What have been some creative solutions you’ve seen other female entrepreneurs employ to get through these challenges?

Knowledge is power. Doing your research, meeting people, networking, asking questions – all of this sets people ahead. By connecting to those around us, we learn more than we thought we needed to and as a result, doors start to open. Sometimes, thinking of ourselves as “women entrepreneurs” can be what’s detrimental. While gender should be irrelevant, unfortunately, we aren’t quite there yet. But by building confidence and taking leaps regardless of fear, we push past that. Mentors and coaches can also be great assets in helping to push past comfort zones.

What success story comes to mind when you think of past Common Good Project participants?

Last year we had the opportunity to work with an incredible woman who launched an online platform for interior decoration. After doing a scrub of her social media channels, we shared our recommendation that she should feature her personality⁠—and her herself⁠—in her posts more to give her feed a more authentic and local connection. And voila. Next time we went to her feed we saw a ton of personal anecdotes on her page, and it really helped her business grow. Though this is a small example, it goes to show how taking the time to help can really make a difference for fellow entrepreneurs and this is what keeps us going year after year.

How Toronto co-working spaces are making it work during COVID, and what the future holds