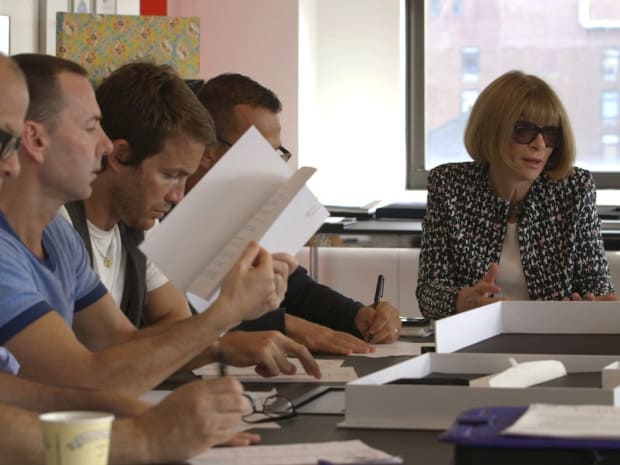 The Fashion Fund with Anna Wintour, DVF and J. Crew’s Jenna Lyons is a must-watch for fashion lovers

Created by Vogue‘s Anna Wintour, The CFDA Vogue Fashion Fund is without a doubt America’s most important fashion design competition. Now in its 10th year, the annual competition has helped launch the careers of some of today’s hottest designers including, Proenza Schouler, Alexander Wang, Marchesa, Derek Lam and Rag &Bone.

Although each label was already established, the CFDA Vogue Fashion Fund is what helped the designers catapult their careers. They went from being buzzy names to ‘It’ labels that any design student or fashion writer would absolutely know.

Although the competition has been documented online, tonight marks the television premiere of The Fashion Fund. The captivating cast of characters that make up the panel of judges includes J.Crew’s Jenna Lyons; Ken Downing, fashion director and senior VP of Neiman Marcus; Andrew Rosen, Theory co-founder and CEO; Diane Von Furstenberg; and of course, Anna Wintour. To say this group is powerful, is like saying Beyonce has some fans.

Unlike other fashion reality TV shows, like America’s Next Top Model or Fashion Star, the contestants on The Fashion Fund are already winners. They were selected to be in the top ten because they’ve proved their worth and influence within the cut-throat industry.

This docu-drama isn’t about making fun of the finalists or watching them stumble, it’s an inside look at what it takes to be considered America’s top emerging fashion talent.

I won’t spoil the fun by telling you who makes the cut, but the group includes everything from edgy and raw NYC streetwear to elegant evening wear. Essentially, The Fashion Fund will introduce you to the future reigning designers, be they influenced by Rag & Bone or Ralph Lauren.

Fascinating and full of creative inspiration, watch The Fashion Fund tonight at 8pm on Game TV.