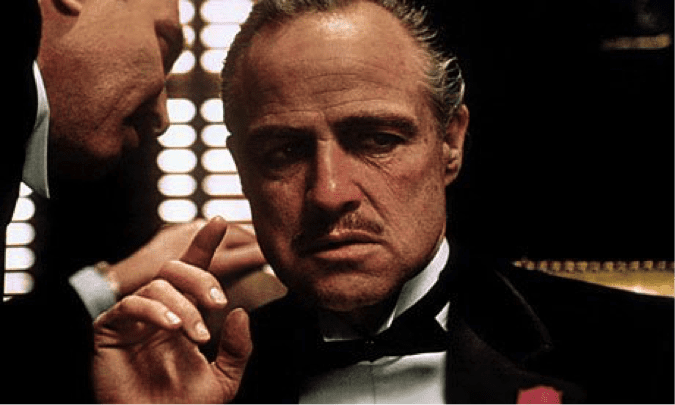 THE GODFATHER Is Back (For 2 Nights Only)

Did you know that The Godfather came out 45 years ago? Widely regarded as one of the greatest films of all time, this epic crime drama is a touchstone of cinema. Based on Mario Puzo’s novel of the same name – and with the impeccable direction of Francis Ford Coppola – the film stars such legendary names as Marlon Brando, Al Pacino, Diane Keaton, Robert Duvall, James Caan and Talia Shire.

At Cineplex locations in Toronto on June 4 and June 7, it’s your chance to see The Godfather on the big screen. (There is also one screening at Cineplex VIP Cinemas Don Mills on June 5.) Find the participating theatre nearest you right here.