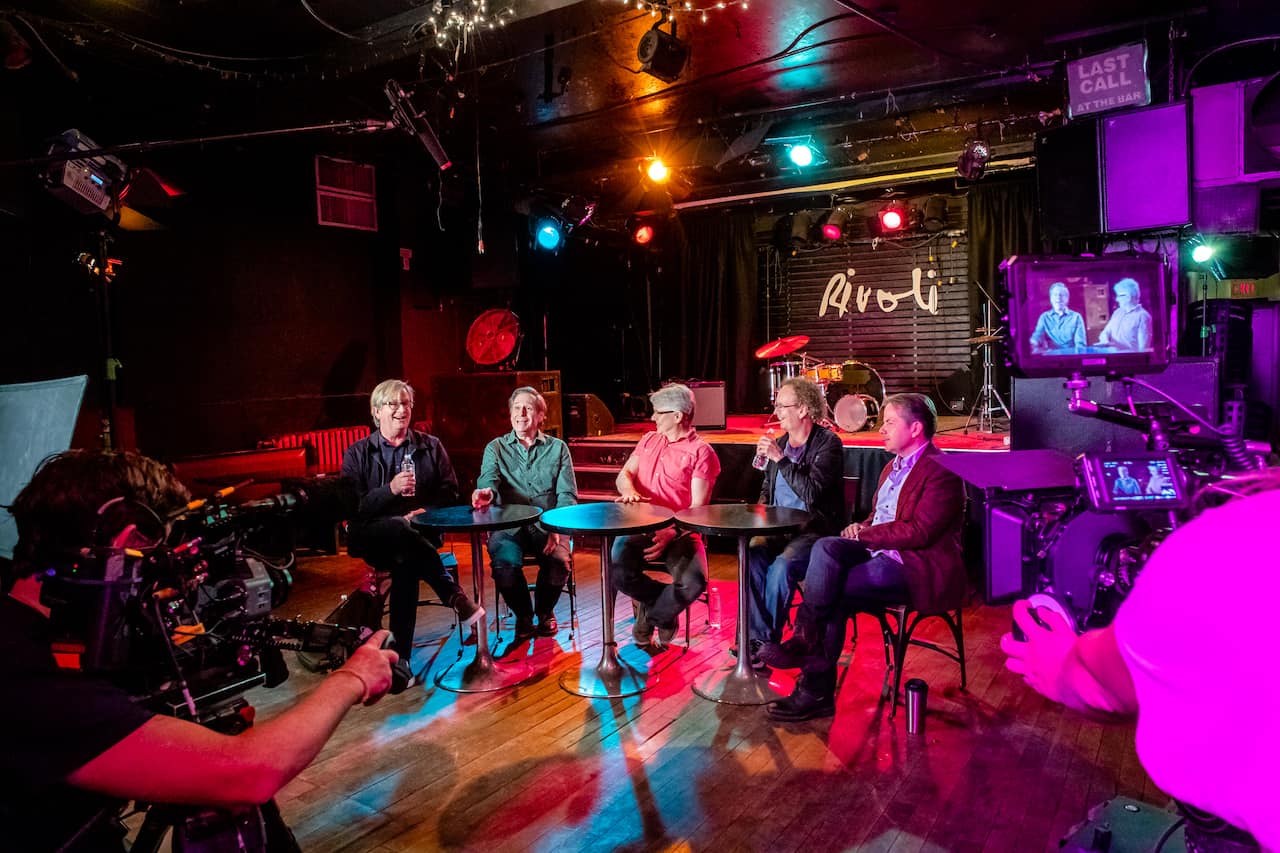 "They reflected a cultural zeitgeist. It was fierce, brave, unabashed, and funny."
Film  Performing Arts

The Kids In The Hall: Comedy Punks tells the 40-year story of Canada’s most beloved zany comedy troupe, and it also digs deeper to reveal the stories of each of its members: Dave Foley, Bruce McCulloch, Mark McKinney, Kevin McDonald and Scott Thompson. The new doc is a must-watch for diehard fans (there are so many), but also anyone interested in how Toronto’s Queen Street evolved, becoming the it-spot for provocative arts and culture in the post-punk pre-internet era.

“They reflected a cultural zeitgeist. It was fierce, brave, unabashed, and funny,” says Laura Michalchyshyn, CCO, Blue Ant Studios and executive producer. “They were kids from the suburbs—they weren’t born and raised in fancy environments. They were unafraid.”

Uninhibited and bizarre—nothing was too taboo to make fun of. They resonated with queer kids, feminists, and outsiders. The film explores how difficult chapters in childhood influenced their comedy, or as McKinney says in the doc, “Comedy doesn’t have to come from a quagmire, but a lot of us are broken toys.”

“They all had really challenging relationships with their fathers. That’s a unifying fact. I think that’s reflective of so many young men, whether your father was an alcoholic, abusive…” says Michalchyshyn. 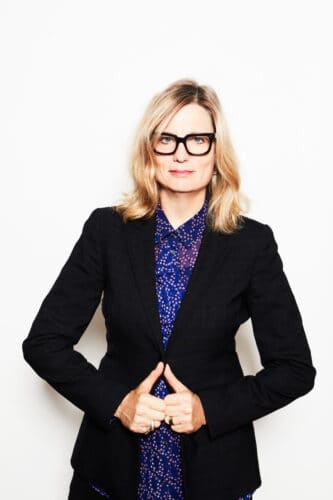 Formed in 1984, The Kids In The Hall quickly became a must-see act at legendary Toronto bar The Rivoli. The buzz was so wild and far-reaching, that New York talent scouts from Saturday Night Live dropped in to see what the talk of the town was all about.

“I think what Lorne Michaels saw in them was something we see now on SNL—that brave social commentary… where they make fun of politics, movements, and fellow artists. They have a way of reflecting what’s going on in the world, and doing it in a really great and funny way.”

Individually, the comedians are exceptionally talented, but what the documentary does well is capture the sparks, momentum, and magic that happens when they come together, back then and now—forty years later. “They have been friends, comrades, and brothers, but they’ve also gone through difficult times and nearly broken up. Together, the Kids In The Hall are bigger than each of them individually.”

For Michalchyschyn, who has been rooting for The Kids since she first saw them in the early 90s, the archival footage unearthed for this doc is what really lit her up. “We said to them ‘go to your family garages and basements and pull out whatever is there!’’ From backstage at CBC headquarters to late nights in New York City, handheld video camera footage shows The Kids growing up and getting famous. “That is the most extraordinary and rare material. It was the dawn of the Hi-8 camera, the Betacam handheld personal camera… someone was always filming.”

What else is fun and revealing is the interviews with comedy heavyweights like Mike Myers, Janeane Marie Garofalo, and Mae Martin who share how The Kids deeply impacted them, with Myers saying “The Kids In The Hall taught me that things were possible growing up in Toronto. That was a big influence on me.” But of all the praise, it’s perhaps a quote from Reggie Watts in the film that sums up their legacy the best: “They are just doing what they’re doing and they don’t give a fuck.”

The Kids In The Hall: Comedy Punks is screening at Hot Docs Ted Rogers Cinema on May 6 and May 7, and can also be streamed online.

"They reflected a cultural zeitgeist. It was fierce, brave, unabashed, and funny."