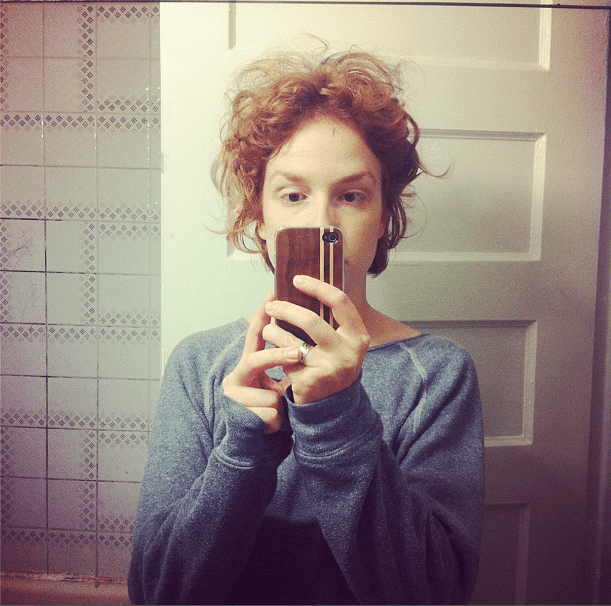 "I want to tell you about all the things I did instead of starting this article."

I want to talk to you all about procrastination.

First, I want to tell you about all the things I did instead of starting this article. It is a long list:

I literally cleaned redecorated my entire house. During, like, every living second of my spare time. Over the course of a three week period. I cleaned two flights of carpeted stairs without a vacuum, JUST so I wouldn’t have to sit down and have a nice time writing some silly jokes.

I researched, bought and inflated a giant purple exercise ball to use as a desk chair. It’s proven to be a great life choice because it has improved my posture and concentration, AND it echoes when you fart on it.

I cooked my first thanksgiving turkey. Made the leftovers into soup. Made some more soup with beef and beets and called it ‘Beefy Beet Broth,’ which I thought was pretty good. Then made weird protein cookies (soy flour, nothankyou). Then got really into green smoothies again and thought about how I make such good smoothies, I should open a smoothie shop, and what would I call my signature smoothie? It would have kale and soy milk so maybe Creamy Green? No, that’s disgusting.

Thought about what if I owned and operated a small bookstore, oooh no I should be a SCIENTIST.

Took on some illustration projects which I also procrastinated starting.

Got really upset about Miley and Sinead.

Did some yoga. Thought about what if I was a yoga instructor. I would tell tasteful jokes in class but not too many jokes, and never talk during really difficult poses because you always think they’re going to tell you to come out of the pose but then they just say some bunk shit about your breath and fuck that, you know?

Went through one bout of crippling unseasonal summertime depression and made my friend drive me to Toronto Family Services where a psych undergrad asked if I thought it would help if I screamed into a pillow. Thought about the lamentable state of access to mental health care in this country and what if I was a psychiatrist.

Found an enormous mirror by the side of the road and brought it home and stuck a bunch of pictures and postcards on it. Resigned myself to the fact that I will probably always have the aesthetic sensibilities of a precocious thirteen-year-old girl.

Went to the doctor regarding my Too Many Butt Toots issue and she suggested a series of elimination diets. Tried to eliminate dairy for a week, but kept forgetting what dairy was. Eg. very strict about substituting almond milk in my coffee, but then ate yogurt for breakfast. Thought about what if I knew a lot about nutrition and was really wise like one of those people who make their own nut milk and know intuitively when their period is coming. Ate salt and vinegar chips for dinner instead of the kind with cheese, which was a step in the right direction.

Listened to so many episodes of Freakonomics Radio. Thought about what if I was an economist and started saying things like “game the system” a lot in conversation to test it out. Went OK.

Thought about how the cycle of my own procrastination is kind of like a system I am learning to game by procrastinating with fun and interesting and often even productive things.

Thought about how actually that would make a pretty good article, and that I should write it, because actually I’m supposed to be trying to be a writer,  not a Smoothie-Chef/Book-Store-Owner/Yogi-Psychoeconomist/Nut-Milk-Connoisseur (though: the world needs one).

Realized that in putting off getting to the actual point of my article, I’d effectively written the entire thing.

Chalked that up as proof positive of my Procrastination Game Theory, and made mental note to start using the phrase “Game Theory” more in conversation to see how it goes.

Drank some coffee with soy milk (high five, me!) and started on the thing I had been procrastinating by working on this article.