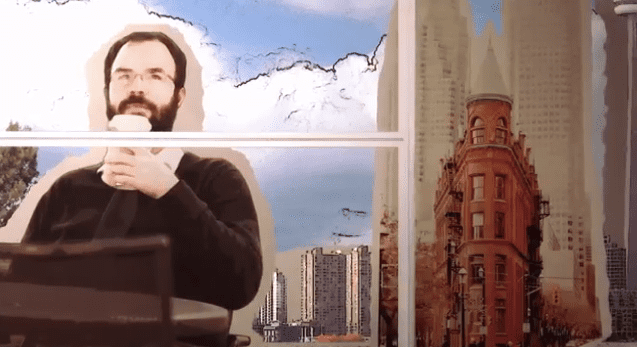 Are you the type who rarely strays beyond your neighbourhood, who REFUSES to head North of Bloor whatever the reason and considers the Danforth the Toronto equivalent of The Lion King‘s elephant graveyard? Are you too worried about what lurks beyond Sheppard to even consider a trip to Canada’s Wonderland? Have literally no idea where the GO Train, well… goes?

Enter The Urbane Explorer, a charming new web/local TV series that follows Toronto comedian Jeremy Woodcock as he explores some of the city’s less-frequented spots. Its first episode debuted last week, and joins Woodcock and Cameron Wylie (the series’ director) on a trip to Toronto/Pickering border for a dip in the Rouge River and some philosophical thinking about what different places mean to us. Plus it’s like, super funny to watch a grown man flail about in a river.

There are three more episodes coming in the series that will give you all the thrill of wandering out of the downtown core without EVER actually doing it! (You should probably consider doing it, though.) Check out the first episode below!