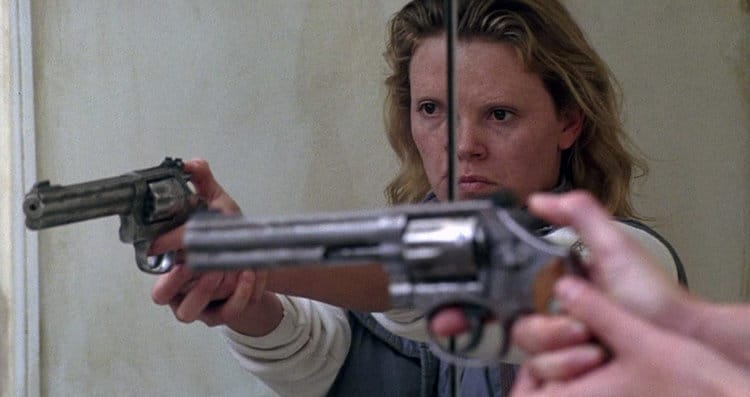 Are you a Criminal superfan? Can’t get enough Mindhunter? Do you pore over details of gruesome murders, both past and present? Honey, have we got the festival for YOU.

Toronto True Crime Film Festival, a two-day film festival dedicated to this most addictive genre, is coming to The Royal (608 College St) June 8 and 9. The fest includes documentary films, fictionalized films based on true crimes, panel discussions and more.

From a 15th anniversary screening of Patty Jenkins’ Academy Award-winning biopic Monster to a symposium devoted to answering why women are so obsessed with true crime (guilty as charged!), you’ll find something to slake your thirst for the depraved.

We chatted with Lisa Gallagher, the Toronto True Crime Festival Director, about what she’s excited for at this inaugural fest.

SDTC: Why are so many women drawn to true crime stories?

LG: Women smarter than me have tackled this question and given beautiful answers, but personally, I think it’s got a lot to do with the constant fear and anxiety that we have as women existing in the world and the ability it gives us to commiserate with other women and channel our shared fears and anxieties through stories we can all relate to, stories where we go, “That could easily be us.” It’s such an interesting thing to discuss that we are dedicating a whole talk to the topic in our symposium.

What are you especially looking forward to at this year’s festival?

Honestly, with such a small lineup, it’s hard not to be excited by everything. I’m excited that we have an amazing international premiere (Abducted in Plain Sight) to open our first year. I’m excited that we found incredible fictionalized films (My Name Is Myeisha, Hostages), documentaries and hybrids (The Stranger) to screen. I’m excited that we get to host a screening of Monster. I’m excited that 70% of our films (7 out of 10 feature-length/short films) are directed by women. I’m excited about our symposiums and the guests we have coming in to partake in them: Christine Pelisek (author and journalist who broke open the Grim Sleeper case), Kevin Flynn (author and co-host of hit podcast Crime Writers On…), Karen Herland (lecturer who will be teaching Concordia University’s inaugural course on True Crime in 2019), Keila Woodard (Supervising Producer at Investigation Discovery), Joshua Zeman (director of Cropsey and Killer Legends), and so many more!

How did you go about selecting the films, and why did you choose the ones you did?

We took online submissions via FilmFreeway and also reached out to filmmakers whose films sounded like a good fit for us. After our final submission deadline, myself and the other programmers discussed which films would be best for our first program. Luckily, we had no shortage of true crime content to choose from and none of our top choices conflicted in style or content, so it all fell nicely into place without much of a struggle.

What was the best part about putting this festival together?

Oh, definitely the fact that I now have even more of a reason to talk about true crime with everyone I encounter.

What true crime story are you currently obsessed with?

I think it’s safe to say the whole true crime community is currently re-obsessed with the Golden State Killer/East Area Rapist case, Michelle McNamara’s I’ll Be Gone in the Dark coming out in February, the long-awaited arrest of the perpetrator going down in April, and the heart-throb status of the lead detective on the case (yes, for the record, I am on team #HotForHoles).

The other one that continues to captivate me is the disappearance and reappearance of Northern California mother Sherri Papini. Everything surrounding that case is truly bizarre and if you’re interested in going down an internet rabbit hole, it’s a great one to look into.

Get full schedule and tickets here.