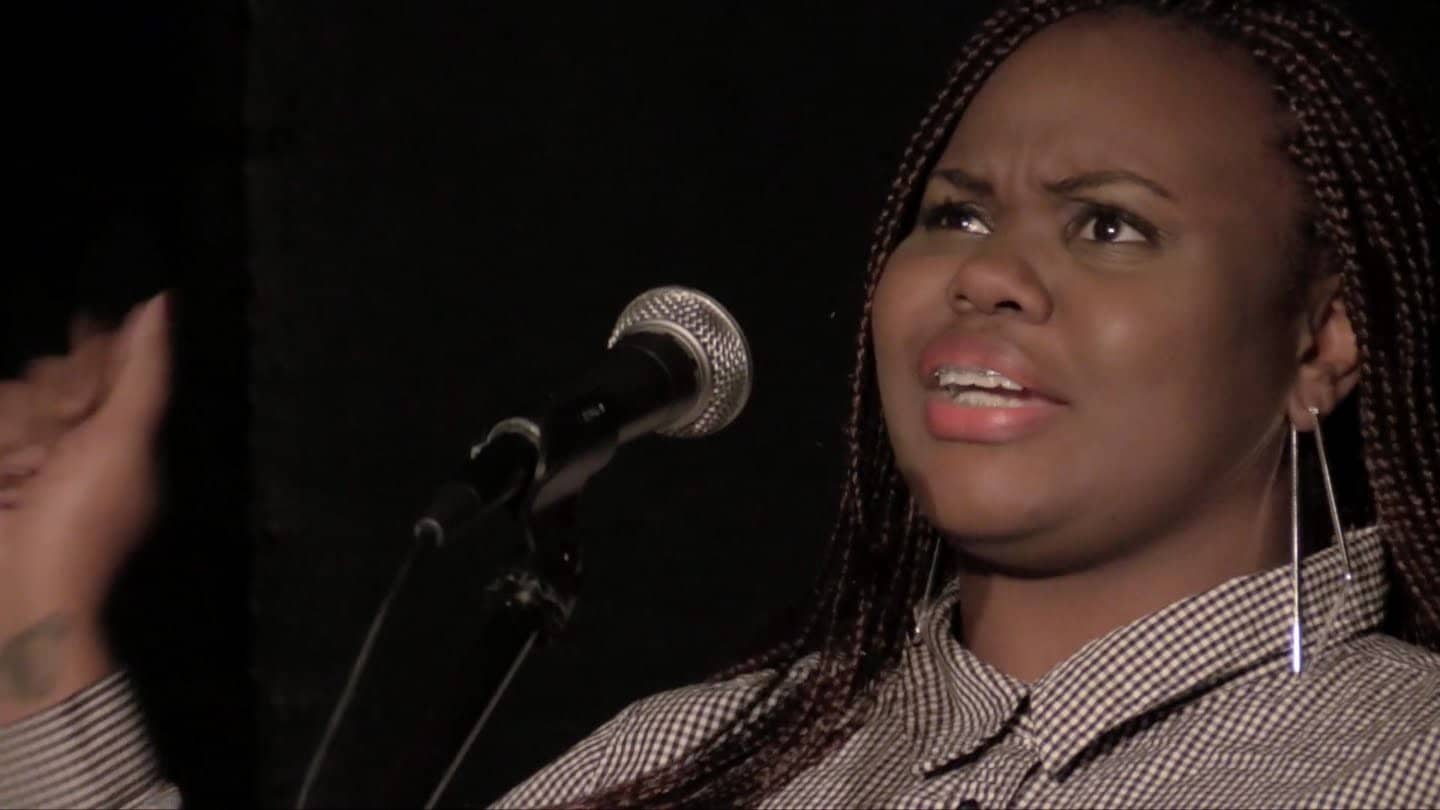 Spoken word poetry is one of the oldest art forms. I’m in awe of people who can stand on stage and spill their most passionate beliefs without glancing at a paper or uttering a single unsure stutter. The ladies listed below are making waves at slam poetry competitions across North America, and for good reason.

Maybe it’s our shared love of Missy Elliot, or maybe it’s because she takes on issues of race, class and beauty standards in a powerful way, but Ashlee Haze has a special place in my heart. She’s a seasoned pro, having begun writing at ten years old and performing by fifteen, and has the accolades to prove it. She’s a two-time finalist at the Women of the World Poetry Slam and is currently the first female ‘slam master’ on the Java Monkey Slam Team. Colour me impressed.

Brenna Twohy may be my spirit animal. I mean, we’re both Harry Potter fans, anxious and sprinkle our language with just enough cursing. She draws parallels between pop culture and topics like feminism and creates meaningful metaphors out of them. She infuses humour into serious topics. Her poetry, while grounded in her experiences growing up as a woman in Portland, resonates with women worldwide. She’s coming out with her first collection of poems “Forgive Me My Salt” this year, and I’ll be first in line.

I have never witnessed someone command a stage the way Dominique Christina does. She’s loud, fierce, witty and charming as hell. I imagine she’s one of those people who can maintain eye contact for so long she forces your gaze downward. Did I mention she wrote one of the most captivating feminist poems on periods? After watching that, I actually felt pretty jazzed about mine. In the four years she has been performing, she has won five national poetry slam titles. Woah. She calls herself the Cultural Jedi Womanist and I think that sums her up quite nicely.

I don’t know if I’ve managed to watch a single video of Blythe Baird speak without tearing up. From eating disorders to rape culture, there is no topic too big, too serious or too contentious for her to discuss openly and honestly. She wears her history and experience like a badge of honour and uses them to drive passion and conviction through her words. To hear her speak is an electrifying wake-up call to those of us too afraid to stand up for our beliefs. At the age of seventeen, she represented Chicago as the youngest competitor in the National Poetry Slam. Now, at nineteen, she has published her first collection “Give Me a God I Can Relate To” and it does not disappoint.

If spoken word poetry is something that interests you, there are a few ways you can try your hand at it or check out some great shows in the city: