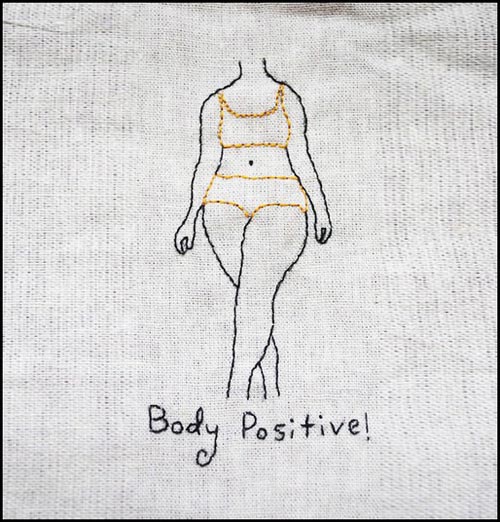 When Fat Acceptance Isn’t So Accepting

Fat acceptance is a movement that seeks to change the way society views fat people. Namely, that is, to make others examine their biases against fat people and realize that being fat isn’t synonymous with being lazy, stupid, unhealthy or any of the other negative characteristics that many people associate with fatness. When I first heard about this movement I was thrilled. I figure that any effort to get society to be more accepting is a good one. But there’s one thing that keeps me from getting behind the FA movement and that’s the fact that in some areas of the movement, any attempts to lose weight are seen as going against fat acceptance. In other words, if you’re trying to lose weight, you can’t really be a fat acceptance supporter.

On the one hand, I totally get it. Several FA members have struggled for years, if not decades, with yo-yo dieting and extreme attempts to lose weight. Dieting, in terms of making extreme restrictions, is absolutely unhealthy and I don’t condone it at all. It’s also understandable that members of the FA movement are trying to get society, specifically women, to stop caving to the pressure to be extremely thin and just be happy with their natural bodies. Obviously if someone wants to lose weight, there’s always the worry that they aren’t doing it for themselves but rather just to fit into the narrow box of what society thinks women should look like.

But I don’t see how anyone could be against someone who wants to lose weight in a slow and healthy manner. I have my own reasons for wanting to lose weight. I will admit that I’ve wanted to lose weight for a long time but it’s the worry about future health problems that has given me the kick in the butt to get serious about my eating habits and actually make some substantial changes. But should I need the excuse of worrying about my health to make it acceptable to the FA movement that I want to lose weight? Hell no! Everyone has their own reasons for wanting to lose weight. Whether they are health concerns, mobility issues or just wanting to fit into cute clothes it’s nobody’s business but your own.  As long as you are doing what you feel is right for your body and are taking care to be truly healthy (no dieting!) nobody has the right to judge your decisions or determine if you’re truly into fat acceptance.