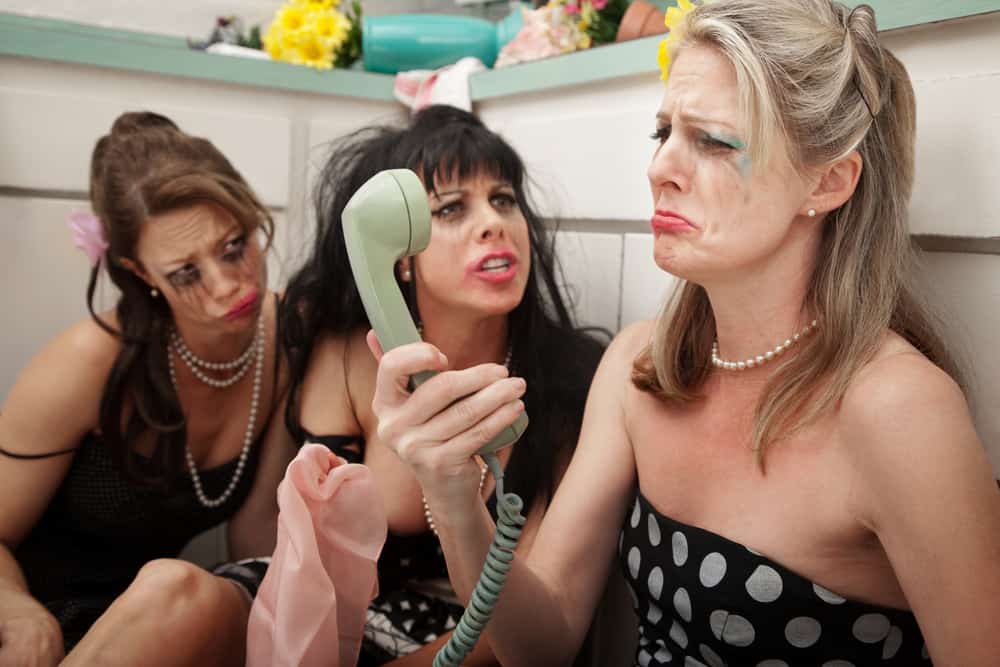 "I like to keep in mind how I anticipate an impromptu meeting at a supermarket would go between us post-breakup. Do I want to smile? Ignore? Give the finger? Because however you break up with them determines the response you'll probably get back."
Life Stories

When Friends Become Frexes: How to Break Up With a Friend

All right, I admit it: my breakup rate is pretty high. I’ve got a lot of exes. Make that, frexes. Frexes, of course, meaning friends who are no longer the keepers of your secrets, your amigos, your dawgs.

Time and distance was a factor for some, while other breakups were the result of, well, life. Just like a romantic relationship, if the two people involved are not growing together, they are inevitably growing apart. But unlike a romantic partnership in which we routinely throw the dice, let the chips fall where they may and commit some other gambling cliché, we usually don’t enter a friendship anticipating an expiration date. Let’s face it: when you find a new friend who shares both your predilection for ’90s music and addiction to eating peanut butter by the jar, you generally believe you’ve found the eternal Captain to your Tennille.  But, well, Captain and Tennille broke up, thus proving that no partnership in life is guaranteed. We know we should probably end a romantic relationship when it’s gone awry, but ending a friendship is harder at times because it often feels like a personal failure.

When I was younger, I felt a lot of shame about my friendship breakups. I thought I was the only one who ever got dumped by a friend. At some point, I questioned if I ever would be able to maintain a true BFF. This panicky feeling usually came to me after attending weddings where the maid of honour was the pre-womb friend of the bride, or while watching movies about solid friendships, like Now and Then and Superbad. Sometimes I’ll feel a catch in my throat while scrolling through my Facebook photo albums only to see myself wrapped around someone from my past, laughing my head off, and looking like I am having the time of my life.

Now that I’m older, I’m relieved to say that, yes, I am wiser—especially when it comes to where and to whom I divide my time and devote my energy. Time is precious to me. I’m precious to me. So, as a result, some relationships just aren’t worth that emotional and mental investment anymore. I also now understand why former friendships needed to end when they did, while still appreciating their placement in my life. If you suspect that a current friend could perhaps be a future fr-ex, here are some tips on how to handle the transition.

Questioning Yourself: Is it really over?
A frex of mine was a big story-topper. If you had this great story about how you almost met Adam Levine, hers would be about how she almost fucked him. Not surprisingly, she also loved being the centre of attention. So much so that at my twentieth birthday party she pretended to faint just as my birthday cake was being brought out, because, you know, the night wasn’t all about her. What was initially a loveable quirk quickly turned into an obnoxious annoyance. I began to cringe each time her name came up on my call display and our once-happy chats transformed into habitual chores. When I started to screen her calls, I knew that it was over.

Real friendships don’t require placating for your friend or excusing selfish behaviour, and certainly don’t involve screening calls. There are many reasons to end a friendship, but the bottom line is: if you feel like shit whenever they’re around, then it’s probably time for splitsville.

The Break-Up
Now that you’ve decided to end the friendship, how will you break the news to her/him? Admittedly, I’ve pulled both fade-outs and freeze-outs on friends before, and, yeah, I know that both tactics are shitty and more what you would expect from some douche you met on OKCupid; I don’t really recommend them. A frex once emailed me a five-page letter on why she was breaking up with me, which basically was just a long, looooong list of what was wrong with me, and why I was such a horrible friend. I don’t recommend this avenue, either. The brave choice, of course, would be to have a heart-to-heart, albeit briefly, to explain why you need to end the friendship. If you need to go the email/text route, better it to be short and sweet. At any rate, every situation is different, so I like to keep in mind how I anticipate an impromptu meeting at a supermarket would go between us post-breakup. Do I want to smile? Ignore? Give the finger? Because however you break up with them determines the response you’ll probably get back.

The Aftermath
First, you’ll unfriend them on Facebook/Twitter/Instagram (I mean, you would if it was an ex-boyfriend, sooo). Like any breakup, the reality of what happened will hit you later on, when you least expect it. Maybe it’ll strike when you hear a Backstreet Boys song, or when you catch Titanic on TV. Or maybe the feeling comes on your birthday when you notice that someone actually didn’t faint on purpose before the cake was brought out. Allow yourself to grieve. It’s OK to be angry, too. Feel it all. In time, when you go through an old shoebox of photographs, you might even smile at that group of strangers in your parents’ house, who used to be your friends. You might laugh at an old joke. You might not. You might experience the fleeting feeling of recognition and nostalgia. Or you might feel nothing at all.

"I like to keep in mind how I anticipate an impromptu meeting at a supermarket would go between us post-breakup. Do I want to smile? Ignore? Give the finger? Because however you break up with them determines the response you'll probably get back."

Tags: Breaking Up With a Friend, Featured, Frenemies, Personal Essays