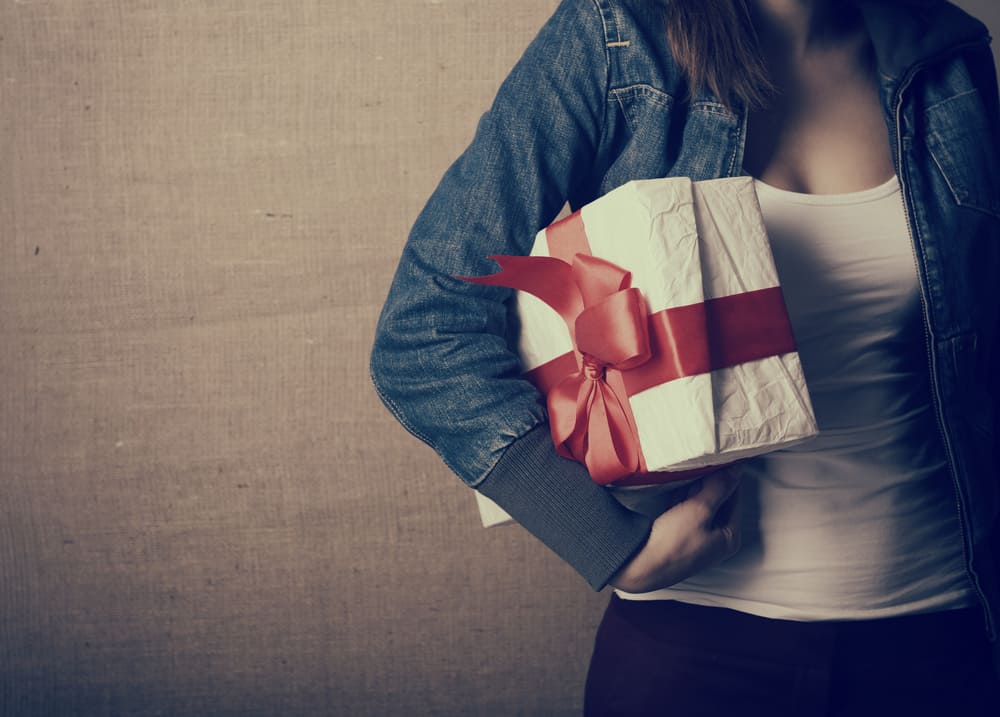 When Your Birthday Is Near Christmas

Thirty-three years ago, my mom was pregnant with yours truly. I was due to arrive on December 19, 1982. However, I had other plans.

Maybe I was just too darn comfortable in my mom’s womb. Maybe I was proving my innate stubbornness for the first time by doing things my way, on my own time. Whatever the case may be, I did not come barreling down my mom’s birth canal on December 19. Ohh, no. I saved that special treat for my parents’ post-holiday meal on December 26.

I often wonder what my life would be like had I been born on my actual due date. Instead of an earthy Capricorn, I would have been a fiery Sagittarius like Britney Spears, Jay-Z or Pablo Escobar. But more importantly I would have been someone who had almost a full week to enjoy her birthday before that other big day in December comes ho-ho-hoing down our infinity-scarf-wrapped throats.

Here’s the thing about Christmas: it’s always THERE. From stores blaring the same old carols on repeat to the reemergence of the unfortunate pairing of red and green everywhere you look, it’s just hanging out – this huge, omnipresence that no one can escape from ever because it will always come back. Always.

Not surprisingly, Christmas babies often get lost in the hustle and bustle of the supersized season.

My birth thirty-three years ago was pretty much the only time when I was able to pull rank over Christmas – and I was born the day after it, so that actually counts for very little.

Being a Christmas baby follows me wherever I go, even during the other 364 days of the day. There are those who think it’s a magical experience, like the nurse who signed off on my birth control this past June.

“You’re born the day after Christmas?” She exclaimed. “How wonderful!”

Then there are those who believe it’s a travesty.

“Oh, that sucks,” recently remarked one attendant at the DMV after reading my license. “How does that work?”

Well, it’s a little bit from column A, and it’s a little bit from column B. Never one to neglect me a la Molly Ringwald in Sixteen Candles, my parents always made sure that I had a separate celebration – albeit, rarely was it on my actual birth date. Family obligations, second Christmas dinners and Boxing Day blowouts made it difficult to get people together. Even now, with my friends popping out babies and travelling the globe, I find myself celebrating two weeks early (two weeks later rarely works because, between Christmas and New Year’s, everyone’s partied out). One year, I even celebrated my birthday in October because that was the only time my friends could all attend. Womp, womp.

You might think that’s not a big deal. A lot of people celebrate their birthdays earlier or later depending on what’s going on. Fair enough. But have you ever had to contend with “Merry Birthday” gifts? I am referring to the two-in-one gift that is sometimes, more often than not, annoyingly wrapped in Christmas gift paper. As a kid, I hated the Merry Birthday gifts. My friends and cousins always received two gifts from my family – one birthday, one Christmas – so why was I punished with a single one just because my parents had lousy timing in my conception? Actually, I still hate the Merry Birthday gift. It’s kind of lazy and ignorant. It’s like saying our birthdays are not important. “Oh, this will do,” says the Merry Birthday gifter. “It’s not like you’re Jesus or anything.”

Because that’s the thing about being a Christmas baby – our birthdays are rarely treated as a special occurrence. Celebrating alongside a Messiah and Santa is thought to be good enough, but that’s like getting married on Canada Day and saying, “You know what, baby? I didn’t get you anything this year because these fireworks will do.” Sir John A. MacDonald has just as much to do with marrying your beloved as the man in the red suit does with my birth.

There are some perks to being a Christmas baby, though. One of them is that I never had to go to school or work on my birthday. As a kid, I longed for cake and ice cream in the classroom and the thrill of everyone knowing it was “my day.” But now Facebook does that for me annnnnd I get to sleep in, so that’s way better.

Also, since my birthday has often been lost in the Silver Bells shuffle, I rarely forget a loved one’s birthday. You can almost guarantee a “Happy Birthday” card/text/phone call from me.

Perhaps the greatest gift that my awkward date of birth has brought is my passion for birthdays, particularly my own. For three decades, I have been throwing some major off-the-hook birthday ragers, including everything from a murder mystery party to a 80s prom to a trailer trash shindig that ended in a drunken cake fight with my mom. I go to great lengths planning my birthday parties (which I usually do about a month in advance) and I take a lot of joy in making them as fun and unique as possible for everyone involved, which is the long way of me calling a spade a spade: I am a Birthdayzilla.

Birthdays are meant to be celebrated. It’s the only day in the whole year that we’re given full-on permission to celebrate being alive and to commemorate the miraculous opportunity to live another year. Whether the year was good or bad, you survived it. You’ve loved, learned and lived. And that’s something worth kicking off your shoes and doing the limbo for.

Maybe if my birthday were on July 22, I wouldn’t feel as strongly about making a point to celebrate it. Maybe a cake in the office lunchroom would suffice. Maybe I would be one of those people who refuse to tell anyone when their birthday is because they’re so embarrassed about it. But I am not one of those people. In spite of having to share it with Kris Kringle and Christ and everyone being tapped out financially and emotionally and the dreadful Merry Birthday gifts, I am thankful for my birthday because it’s helped me realize the importance of having one.

Oh, and another great thing about being a Christmas baby? No one forgets it. Mostly because, you don’t let them.