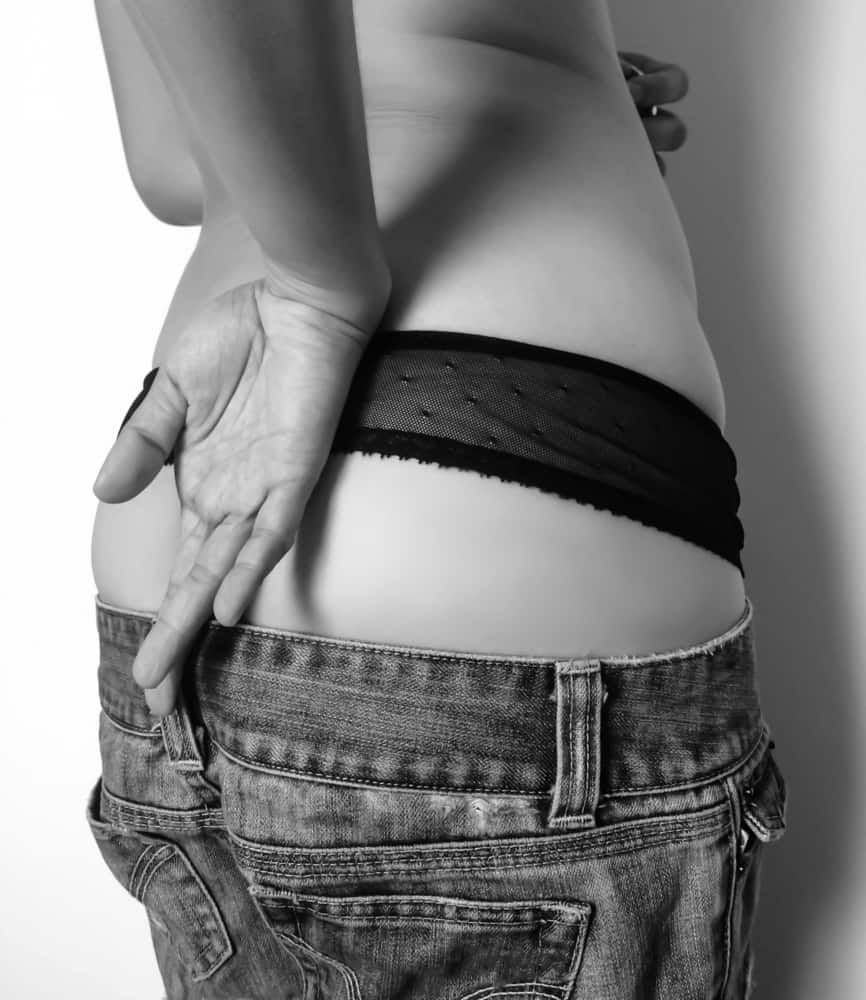 Why I Ditched My Thongs

I was sitting at my computer, struggling to piece together a decent sentence, and I couldn’t concentrate. I couldn’t concentrate because of my underwear. It was riding up my butt crack, giving me one hell of a wedgie and annoying the shit out of me. I ended up taking the damn thing off just so I could make deadline.

I was, of course, wearing a thong.

I’ve been wearing thongs for almost twenty years. Thongs were big in my day. Mine was the generation that excitedly hailed Sisqo’s “Thong Song” a smash hit. Sisqo repetitiously commanded, “Let me see that thong,” and ubiquitously we obeyed. It practically happened overnight. One day we were all just wearing Hanes underwear and being as cool as Michael Jordan about wearing it, and then the next day I was spotting my classmates’ whale tails riding up the backs of their Catholic high school uniforms.

Everyone wanted her thong to be seen. With thongs coming in all sorts of colours and patterns, showing off your thong was, like, a statement. Quickly, our locker room became a raucous runway for La Senza thongs. “Oh, I love that pink!” “Yours with the little hearts is SO cute!”

I bought my first thong – a muted beige colour, which says everything you need to know about my adolescent sex life – when I was fifteen, and never looked back. I owned non-thong underwear, otherwise known as my “period panties,” but I chose to wear thongs even when I didn’t have to. Even when I wasn’t wearing a skintight dress or engaging in sexy times, I CHOSE to have a 24/7 wedgie.

There are reasons for this unnecessary self-torture. Having worn thongs for most of my adult life, I was basically conditioned to grab them by the handful at “5 for $15” outlet sales. I didn’t know any other way of undergarment living. I suffered from some sort of “undies” Stockholm syndrome in which I convinced myself that thongs were, in fact, comfortable (a special thing happens when you wear thongs daily for years: your butt crack becomes almost numb to the constant rubbing of thin material between your cheeks. Almost.) And thongs are sexy! Or, at least, that’s what women’s magazines and my boyfriend kept telling me. So, I pressed on because every woman feels sexy while she’s essentially flossing her ass, right?

It shouldn’t surprise anyone that it was a man who created the thong, which itself is derived from a stripper’s G-string (also created by a man). A recent poll showed that, when asked which type of underwear they prefer on a woman, 38% of men prefer the thong. I dare say that’s probably an easy decision for men to make when, with the exception of male strippers and European sunbathers, they don’t ever have to deal with actually wearing one. (And guys, please don’t say wearing a jockstrap is the same thing because it’s not!)

Thankfully a piece in The New York Times last May proclaimed that young women are saying no to thongs. In fact, they’re now embracing the full-bottomed granny panty. Who would have thought it, but natural is the new sexy. Comfort is ruling the school, and, just like Sisqo’s career, the thong’s popularity is fading.

That’s why last weekend I said no to thongs. For far too long I let someone else dictate my idea of sexy and comfort. So I emptied out my underwear drawer and replaced them with new bikinis, boy shorts and high-waist briefs. And let me tell you, it felt gooooood.

I guess you could say that I’m at the stage in my life where “feeling good” trumps “looking good,” but mostly I just want to sit at my desk and not think of my underwear creeping up my butt.

A Huge Knix Warehouse Sale is Happening This Weekend