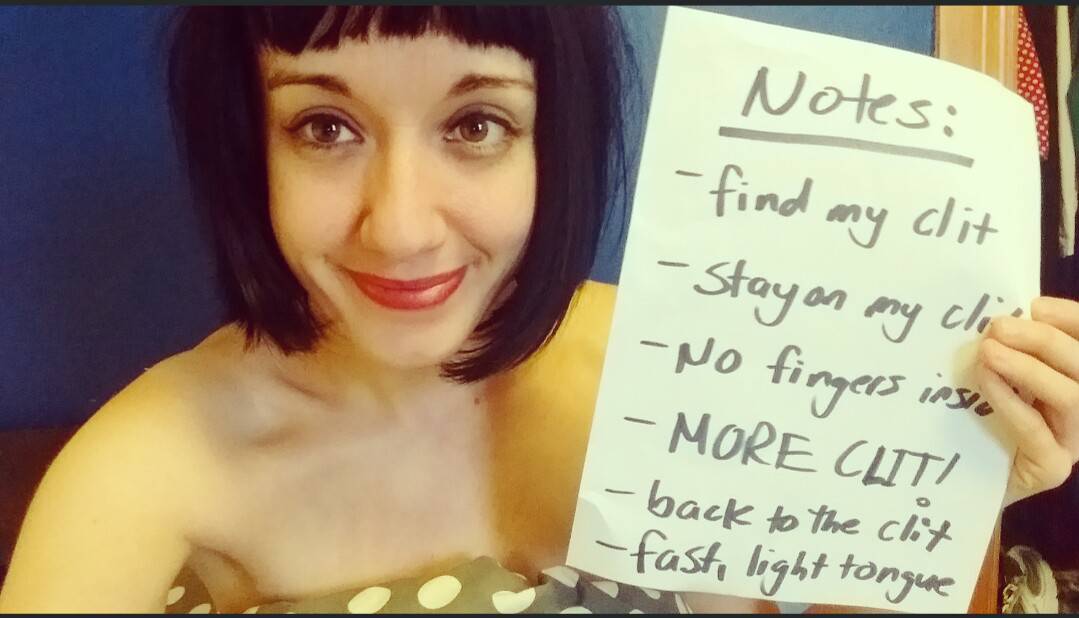 WHY IT’S IMPORTANT TO GIVE SEX NOTES

I firmly believe that providing feedback in regards to fornicating is necessary and arousing and productive and will result in more orgasms had by all parties involved. Don’t agree? Well, to those who are not convinced by the single sentence above, I’d like to share with you a couple of intimate experiences of mine in hopes of convincing you skeptics that I am consistently correct in all of my opinions ever and you should listen to me always and forever.

Allow me to present to you, “A Tale of Two Unique Dicks I Saw a Few times.”

So, several months ago I was doing the intercourse with a tall condo salesmen who possessed a generic name and an entitled sense of self AND who had been single for approximately five years. I am never one to judge anyone’s love life in any capacity, but I am one to always inquire as to why it’s in the current state that it is in. When sharing a beverage or a bedroom or a bath with a potential/future/current paramour I tend to ask a lot of questions along the lines of “Do you believe in soulmates?” and “Would you consider polyamory?” and “When is the last time you said the L word, if ever?” and “What was your last breakup like?” and “Have you been with someone of the same/opposite sex before?” and “Should we start going down on each other now?” As you can imagine, this results in a lot of titillating date conversation.

Thus, when the above mentioned six-foot, average named, entitled salesman of the housing buildings that aren’t apartments informed me of his long-term lack of a GF I naturally replied with, “Why is that? Tell me more! REVEAL YOUR SOUL TO ME!” He then proceeded to explain that the reason for his half decade long bachelor existence was that he doesn’t feel a strong sexual attraction to many a woman. I nodded, thinking “Fair enough, I guess,” and we continued to sit and drink beer and quietly ruminate about the biology of Homo sapiens and why we are wired in the way that we are. Why do we feel a biological, almost unexplainable, totally mysterious yet completely understandable pull towards certain bodies but not to others? Is it purely chemical based? Is it the style of cunnilingus/blow jobs? Is it the amount of tongue one uses off the bat during a make out? Is it the ratio of eye contact vs. eye aversion? Is it the absence of head massage?

Well, for this conceited real estate mogul, it was just simply a feeling. A feeling that could change rapidly and does change frequently. Sometimes he would have sex with a lady for the first time and it would be magnificent. Then, they’d go for round two a week later and suddenly…the magnificence had vanished. Thus, he would immediately end the affair without discussion, delete her from Facebook, and pretend her face wasn’t a thing that he had put his face against. I thought this relatively odd considering he was so into this individual at first but lost interest extremely quickly and then didn’t attempt to gain it back.

I’m sure you won’t be surprised to hear that our initial banging was solid and our secondary banging was, well…less than solid. It was basically fluid, and not in the bodily sense, but in the sense of “This a mushy blended mess of miscommunication and social awkwardness and intense arguments and definite sexism and nobody getting off and his pants need to get back on now so he can leave.”

What I found interesting about our entire interaction is that he clearly wasn’t a fan of me directly asking him what he liked/wanted/how he preferred to put it in moi. In fact, he was turned off by it. When I uttered the words, “What would you like me to do?” in a sultry tone, his patronizing, annoyed, condo fee loving mouth responded, “Do I have to tell you what to do?” This reply shocked polite me, to say the least. I was so taken aback by his condescension that I didn’t fully register how fucked up what he said was. I was slightly angry but mostly confused and definitely insecure so I blurted out, “No, you don’t have to tell me. I was just asking ‘cause you seem to like specific stuff or…whatever.”

We then lay beside each other in silence until I said, “I’m tired,” and he said, “I should go,” and then his pants put themselves back on and he exited. We had already gotten into one heated debate about the benefits of period sex (which he wasn’t 100% for so we definitely weren’t destined to not hate each other) and I didn’t want to bother starting up another fight. I let him leave and messaged him later explaining where I was coming from with the whole “What’s your penis into, boy?” but he said he didn’t have the feeling for me that he had for his girlfriend from five years ago so yeah…we weren’t gonna move forward.

I had lost all attraction to him at this point and had no intention of setting up another rendezvous, ‘cause it had become abundantly evident WHY he didn’t have that feeling for many a woman: He didn’t give them the tools they needed to accomplish their sexual goal. He didn’t train them in the job of making him really come. He didn’t hand them the map to make him super hard. I couldn’t comprehend as to why he considered instruction to be a negative. He wanted me, I suppose, to take independent action and mind-read and determine what his balls like to do on the weekend via trial and error.

But the issue with that is that he also didn’t give me a chance to mystery solve. That typically requires a few gos. A couple of cases to investigate. Some evidence to prove a theory true. Every human body is different and every human body has a different appetite. We all hunger for a variety of climaxes and in order to locate those climaxes in the store of touch we have to follow signs and look in the aisles where we assume the climaxes are placed and if we’re not 100% sure of the location, we need to probe further by quizzing the folks who work at the store about how we can procure said climax.

I know that my tastes are particular in the clitoris zone and I inform my partner of what I want them to do and what I want them to cease and desist in doing. It doesn’t take me a long time to orgasm and it’s not a challenge IF you’re knowledgeable about my likes and dislikes, so I provide that info. It usually helps both of us feel more comfortable and confident and capable of providing pleasure. When a person I’m copulating with digs deeper for more data about my special spots I not only think it’s so nice and so gracious and so adorable I also think it’s incredibly efficient. And efficiency is an attribute I value in all persons, romantically, platonically, and professionally. If an individual is doing something that isn’t going to lead to a happy muscle spasm, WHY would I not tell them to stop? It’s not going to benefit either of us if I allow them to keep on blindly going until I eventually have to say, “It’s not gonna happen tonight.”

I was in this sort of situation a few mornings ago, only I wasn’t the person being operated on; I was the surgeon with the goal of saving an orgasm. This is where story number two begins, which has a much more fairy-tale coitus ending. I was doing it penetration style with a lovely, medium-heighted, cool named, artist type who also liked specific stuff. After we had gone at it for a long while, we came to a fuck-still and he revealed that his penis was not going to project any form of anything from within his testicle cavities. He pulled out, and we continued to spoon and smooch and smell each other’s hair. During this cuddle session he explained to me that it wasn’t common for him to come while in missionary or while engaging in any extreme physical activity ‘cause his bod wasn’t great at multitasking and it seemed to prevent him from genital ecstasy. He usually gets off when the gal is leading the charge, either on top or by travelling downtown.

This was also our second round of nakedness and I had learned during the inaugural romp that he was a big advocate of licking. So, when we both began to get horny once again from above mentioned smooching I led the charge and proceeded to do a whole lot of licking and a whole lot of blow job-ing. And guess what, folks? He came. He came because he communicated exactly what he wanted. He set me up for success and I delivered. He handed me the map to make him hard. He gave me the tools I needed to accomplish my goal. He trained me in the job of making him come and I completed the task in a timely manner.

If that isn’t sufficient proof that sex notes are required reading then I don’t know what is. My number one copulation tip is: Communicate. Give them the tools they need. Hand them that erogenous map. Train them in the job of your body. I guarantee you’ll end up having that “feeling” for a great deal more folks that you’re into and your sex life will thrive as a result.