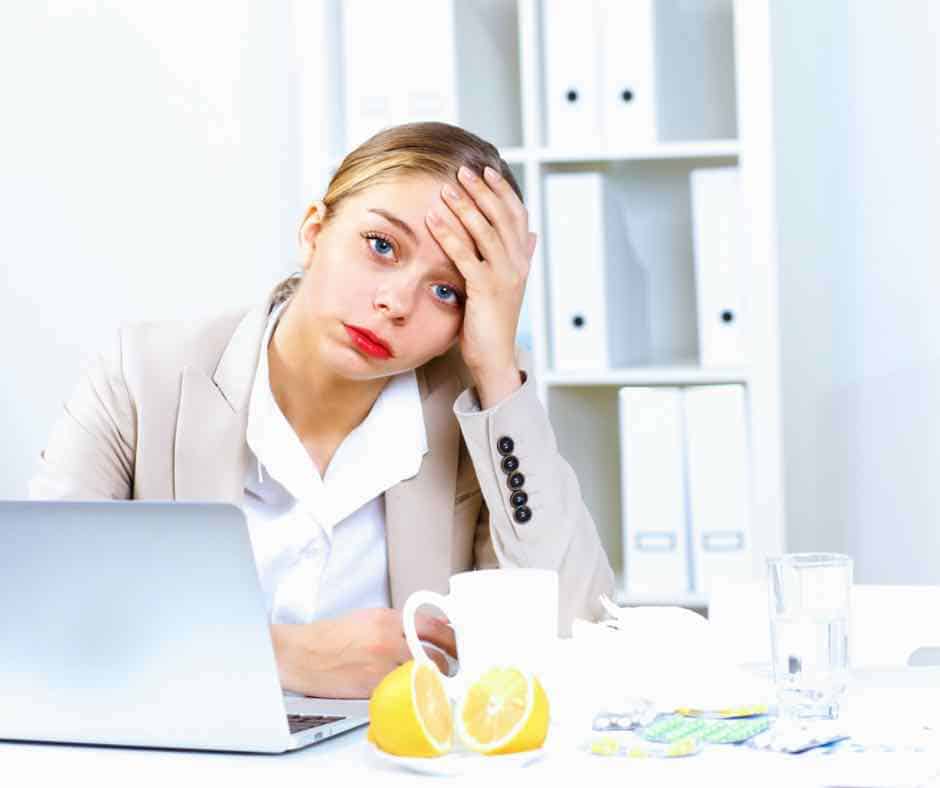 Why We’re Becoming Allergic & Intolerant to Everything

Does it seem like everyone and their dog is now intolerant to something? (I say dog because gluten free dog food is actually a real thing now, lol.)

Sure, there are those who are ‘gluten free’ because they think their skinny jeans might fit a bit better, but in truth, many people are eliminating certain foods because they actually FEEL way better. You never heard of your grandmother eating gluten free though, right? So what gives?

To get us started, it’s important to remember that most intolerances start with gut health, primarily something called leaky gut. Even if there is nothing seemingly wrong with your digestion, leaky gut can manifest in a number of symptoms: psoriasis or skin conditions, autoimmune disease, intolerances to food, arthritis, and even depression (there are more to add to this list). The gut is one of the main regulators of what goes straight through the body and what gets absorbed. If it becomes damaged, items that you ingest that in a regular body would not be absorbed, end up being absorbed.

So What Caused This?

It could have started when you were a wee little one…

Gut imbalances can start young and with something as simple as your gut health as a baby or and can even be influenced by the gut health of your mother. In a study published in The Canadian Medical Association Journal, researchers found that children born by C section were lacking a specific group of bacteria, found in infants delivered vaginally, even if they were breastfed.  This difference in gut bacteria is a possible cause of disease like autoimmune disease, obesity and leaky gut.

In another study, from the BMJ journal, Gut, “The infants delivered by C-section also showed lower circulating levels of Th1 in their blood, showing an imbalance between Th1 and Th2 chemicals.” In layman’s terms, this means the babies could be more prone to developing allergies at a later date.

There are obvious reasons why you may need to be give birth via C section, however as parents, if you do have a choice, a natural birth is likely better. In the final process of being born, the baby receives a significant dose of natural probiotics via the birth canal, which does not happen if the birth is via cesarean.

Breastfeeding is also important. In the CMAJ study, children who were strictly formula-fed, in comparison to babies that were exclusively or partially breastfed, also had significant differences in their gut bacteria.

What is important is to remember that how the gut develops as a child can greatly impact your future health. If you do end up having a C section birth, or were born by C section, don’t panic! There are certain probiotics you can supplement with to help improve the natural gut flora of the child.

And It Continues Into Adulthood…

Moving on to our adult years, the Standard American Diet that is common tends to be high in foods and other things that compromise gut health.

Sound familiar? These are such common things in day to day life and over time, they can damage the gut significantly.

Even Our Soil Matters…

One final thought as to the cause is that the soil our food grows in is very different to that of our ancestors. Nowadays, the food we tend to buy is perfectly grown, washed and without an ounce of dirt on it. Way back then, our food was often farmed closer to home, and perhaps a little less ‘clean.’

The bacteria that was in the soil though is thought to have been full of beneficial bacteria, that was even hardier than the probiotics we supplement with now. You will likely start to see a resurgence of soil based probiotics as more research is showing them to be very effective for IBS.

Even if you aren’t someone with an upset stomach per se, having an imbalance in your gut could manifest itself in the following:

The 4 steps you can take:

This can seem overwhelming, but the don’t let it be!