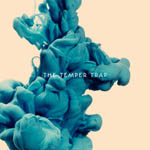 Win tickets to see the Temper Trap at the Kool Haus in August!

Melbourne’s The Temper Trap won the hearts of legions of fans with their first album, Conditions. Now, they’re back with another epic-pop (is that a genre now? We like the idea of that being a genre now.) effort, which combines the anthemic sound of their first release with more melodic balladry.

They’re touring behind the self-titled second album, and will be stopping in Toronto at the Kool Haus on August 7th. Want to be there and sing along to Sweet Disposition at the top of your lungs? Then tweet @shedoesthecity, or comment below, and you could win!

Check out their music videos for Sweet Disposition & Fader below and you’ll see why they are the hottest thing in Oceania.

CONTEST: Enter to win a chance to see ‘Yes Day’ ahead of its release on Netflix!

CONTEST: We want to send you to the virtual screening of ‘Land’, directed by and starring Robin Wright